If you’ve got caught up in the confusion of Lovefilm Instant turning into Amazon Prime Instant Video and what it means for existing and new customers, we try to clear up some of the key questions concerning the switchover.

If you currently subscribe to LoveFilm Instant, from today you’ll simply need to switch over to an Amazon account or use an existing one and login details will be carried over.

According to Lovefilm’s FAQs, users who don’t make the switch after a certain point could end up with their membership being cancelled although neither Lovefilm nor Amazon have stated how long this period will be.

On
top of the next day delivery service and access to the free ebook
library, you now have free access to the Amazon Prime Instant Video
streaming service included as part of your subscription.

The bad
news is that come membership renewal time, the current annual payment
of £49 will be bumped up by £30 to £79 to cover the new service. For
those Prime users not interested in the video streaming service, it doesn’t look like there’s the option to opt out of it, so you are going to be stuck with the sizeable price hike.

3.  Are you actually saving anything?

When you break the new charges down, there’s a not a great deal you are saving on. A Lovefilm Instant subscription for the year costs £5.99 a month which equates to £72 a year. An Amazon Prime subscription is now £79 a year and while you get a few more added perks like the new Instant Prime Video you are only actually saving £7 a year. 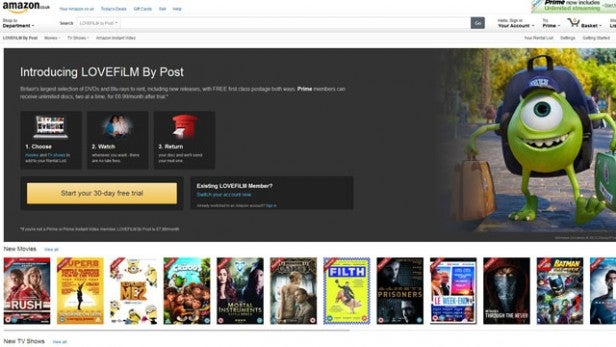 4. What is happening to the Lovefilm DVD and Blu-ray rental service?

The
Lovefilm brand isn’t dying altogether and will live on through Lovefilm By Post, which replaces the disc rental service. If you don’t want to be a Prime or Prime Instant Video
subscriber and just want to use the Lovefilm by Post service, it will
cost you £7.99 a month. As a Prime user, this does drop down to £6.99
per month.

Amazon Prime Instant Video subscribers will get access and stream from the same 15,000 movies and TV episodes previously available under the Lovefilm Instant brand including The Walking Dead, 24, The US Office and films like Moneyball, Twilight Breaking Dawn and err, One Direction This is Us.

Like its rival Netflix, Amazon is also delving into original TV programming and is kicking things off with comedy Alpha House, starring John Goodman. Picked out from the 14 pilots that Amazon put online last year for users to help decide which ones to turn into full length shows, all 11 episodes of Alpha House are available to stream from today. 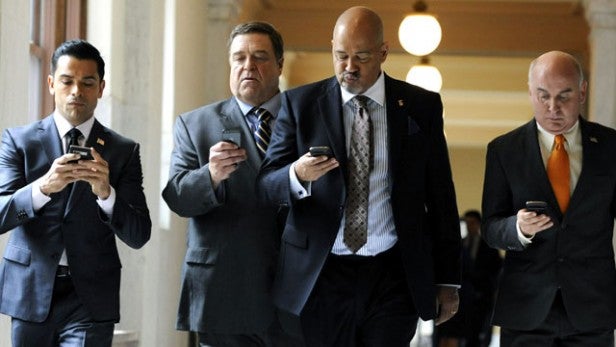 6. What if I just want to subscribe to Prime Instant Video and don’t want next day deliveries?

Well, you have the option to do that if you want. Existing Lovefilm Instant subscribers can access the rebranded Prime Instant Video streaming service from the same devices at a cost of £5.99 per month. In comparison, Netflix currently costs £5.99 per month while a Sky Movies month pass through Now TV costs £8.99.

7. Which devices can I use to watch Amazon Prime Instant?

Like
you could with Lovefilm Instant, Amazon Prime Instant Video can be viewed on
the same devices. That includes the Xbox 360, Xbox One, PlayStation 3,
PS4, Wii, Wii U, iPad and Smart TVs and Blu-ray players. If you want to
use it on an Android tablet, it will only work on Amazon’s Kindle Fire
tablet range, which includes the HDX 8.9 and HDX 7.

Just to make things a little more confusing, Amazon also offers its Instant Video service in the UK for the first time where you can rent and download digital copies of movies and TV episodes that can be viewed offline.

Are you thinking of dumping your Amazon Prime subscription now that the prices are set to go up? Let us know in the comments below.

Next, read our round-up of the best TV series to watch on Netflix