Next time your internet connection goes down you will wish you lived in Germany. According to a ruling by the Federal Court of Justice in Karlsruhe access to the internet is now legally recognised as an “essential” part of life and Germans now have the right to claim compensation from service providers should their access be disrupted. The argument of the court went like this:

“Most people in Germany use the Internet daily. Thus, it has become an essential medium in the life of German society, the disruption of which has an immediate impact on the course of everyday life.”

A Life Offline
The decision was brought about following the lawsuit of a man who had his internet access erroneously disconnected for two months between late 2008 and early 2009. A telephone and fax service the provider offered also failed. The man resorted to using mobile devices and had already been compensated by the provider for their cost, but the lawsuit specifically saw him sue for additional compensation for the daily impact of lost internet, phone and fax services. Fax and phone (he had a mobile) claims were dismissed, but the internet claim was upheld though the exact figure has yet to be decided. 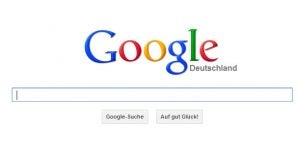 “Due to easy access to information, the internet has overtaken the role of mass media such as encyclopaedias, print press and TV,” said the court ruling. “It allows global exchange between the users, such as through the email, forums, blogs and social media. Besides, it is becoming more and more crucial for negotiating and striking deals as well as fulfilment of public service obligations.”

Reaction to the case has been predictable kicking off another round of ‘Is the Internet a Basic Human right?‘ debates. The last time this happened was when Frank La Rue, a special rapporteur to the United Nations, wrote the report “on the promotion and protection of the right to freedom of opinion and expression” which came down heavily in favour of this viewpoint as well as net neutrality. Previously it was also stoked by Finland’s July 2010 declaration that broadband is a legal right and every Finn will be guaranteed a 1Mbit connection by law. The Finnish government followed this up by promising access to 100Mbit broadband for every Finn by 2015.

But there is a more interesting argument to be made… enforceable accountability.

Rights vs Reliability
What the German ruling opens the way to is a higher standard of internet access, not simply in raw speed terms but in reliability. It changes the rules for ISPs: get your infrastructure and backup services right or every one of your customers has the legal entitlement to compensation. Goodbye profits, hello angry shareholders. 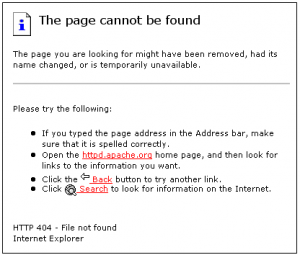 Nowhere is this more crucial than the UK where the broadband infrastructure is bursting at the seams due to the density of its population. On paper the country has taken huge strides forward in recent years with ‘up to’ 80 and 100Mbit services becoming widespread, but their quantity has been heavily offset by their quality as forums and social networks are flooded with complaints over downtime and performance in peak hours.

I experienced this personally for nearly a year when my exchange was ‘upgraded’ to 100Mbit and quickly followed by relentless leafleting of the area. As a result my peak time speeds actually dropped to under 2Mbit and would regularly disconnect. At one stage I was told my connection would be unstable for three months and was advised to a buy MiFi. In the end I was given regular discounts on my bill, but it didn’t stop upgrade work being delayed on four separate occasions over nine months.

Had I and every other customer in the area been able to sue for daily compensation not just haggle a bit off our bill, I suspect fixes would have come in weeks along with safeguards to ensure it didn’t happen again. After all it is one thing being able to open a website a few seconds faster or watch a YouTube video with less buffering in ideal conditions, but when careers, education, banking and even medical records are being pushed online reliability is the key factor. Internet access changes lives and ultimately changes countries and given ISPs profit from this they must also be made to recognise the responsibility of their role within it. 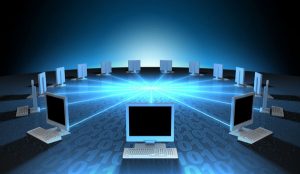 No such thing as a free lunch

Of course all this comes with a cost, but consumers shouldn’t be made to pay for ISPs’ infrastructure shortcomings. To protect against this we need a two-pronged approach:

The result is ISPs would only be successful if they can couple the move to more lucrative speed bands with absolute reliability. The risk of compensation payments would also push customer service to the forefront.

At the end of the day talk of classifying the internet as a ‘basic human right’ is a smokescreen, an endless theoretical debate to which there is no definitive answer and an excuse to attain the leverage to address problems which have required tackling for far too long. Germany and Finland have already shown us the way, the very least we should do is follow.