This last weekend, the Blizzard faithful descended on the Anaheim Convention Centre in California to celebrate 10 years of World Of Warcraft at BlizzCon 2014. As is the case every year, Blizzard had a raft of announcements to make and, because it was WOW’s 10th anniversary, the faithful were expecting something a little bit special. The Irvine developer didn’t disappoint:

1. Blizzard has a new game – and it’s a shooter

The biggest news announced at this year’s BlizzCon was very definitely Overwatch. Not only is it a brand new IP, Overwatch is the first game that Blizzard has made that isn’t in some way tied to one of its three main franchises – Diablo, Warcraft and Starcraft – in 17 years.

Moreover, Overwatch is a shooter, which marks brand new territory for Blizzard, whose games have been MMO’s, dungeon crawlers and Real Time Strategy Games up until now – the odd MOBA and virtual card trading game notwithstanding. Overwatch is a 6vs6 Tactical FPS set in the mould of Valve’s Team Fortress. However, while each character in Overwatch belongs to a specific class (attack, support, medic and so on) every last one of them has unique abilities that are never quite duplicated on the battleground. Twelve characters were unveiled at BlizzCon and more have been promised.

It sounds like it will be a logistical nightmare to balance, but we have faith that Blizzard won’t release the game until it’s as smooth as butter. The beta comes out next year and you can sign up for it at the official website. 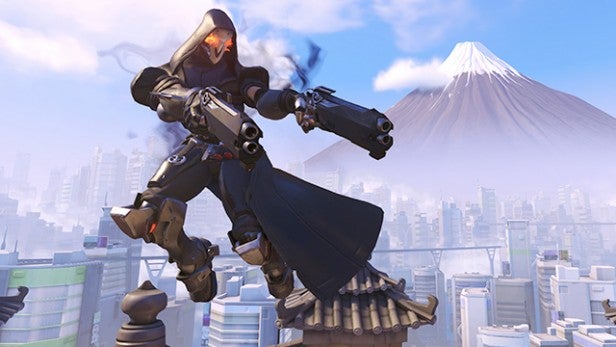 2. Hearthstone has a new expansion pack

Blizzard’s virtual trading card game has been a pretty big success since its release this year. Not only has it made the jump from PC to tablet, it’s even made in-roads on the eSports circuit. The first tournament was held at BlizzCon at the weekend and it was one of the convention’s biggest draws.

An iPhone version of the game has been rumoured for some time, but no announcement regarding this was made. Instead, Blizzard revealed Hearthstone was on is way to Android devices and it also unveiled the game’s first expansion pack: Gnomes Vs Goblins. It comes with 120 new cards, most of which are absolutely chaotic – such as the Exploding Sheep or the Mad Bomber, which damage both friend and enemy cards indiscriminately. Look for that to drop next month.

3. Starcraft 2: Legacy of the Void has co-op

There’s no word as yet on when the third and final instalment of Blizzard’s Real Time Strategy (RTS) trilogy is going to land, but we do know it’s going to be based around the alien Protoss race and the trailer makes it look like seven kinds of awesome.

However, Blizzard did announce that the game will ship with a new Archon mode that will allow two players to play on the same side in the multiplayer. One player will control the base and the resources and the other controls all of the attacking units. The idea is to introduce players to Starcraft 2’s online multiplayer mode, which is probably more intimidating to attempt than most online shooters. Players can play together against either human or AI foes.

You can sign up for the beta here: http://uk.battle.net/sc2/en/legacy-of-the-void/#campaign 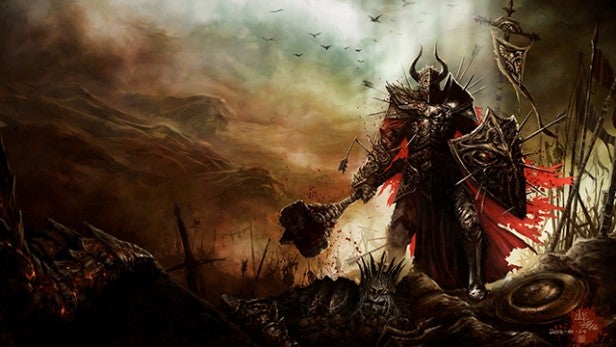 4. Diablo III is getting patched (again)

Blizzard’s superb dungeon crawler is due to get an update. Yes, another one. At a Diablo III panel, Blizzard developers revealed that Patch 2.1.2 will redress some of the imbalances in the game as well as introduce new monsters, weapons and equipment.

Along with a new zone called the Ruins Of Sescheron, which includes a ton of traps and a brand new boss called The Rat King, Patch 2.1.2 contains a ton of new Ancient Items – essentially a boosted version of the Legendary Equipment Items – which should keep Diablo III fans grinding long into the night. Blizzard says the patch is “coming soon” but knowing the Irvine developer that could mean days, weeks, months or even a year before we see it.

5. Blizzard is not down with trolling

Blizzard CEO Mike Morhaime didn’t expressly mention the words “Gamer Gate” in his keynote speech. In fact, he didn’t refer to any specific individuals whatsoever. But, bless him, Morhaime took a moment between announcements and welcoming fans to address the bouts of online harassment and abuse that have been taking place over the last three months.

“They’ve been tarnishing our reputation as gamers and it’s not right,” he told the Blizzard faithful.“Let’s take a stand to reject hate and harassment and let’s redouble our efforts to be kind and respectful to one another. Let’s remind the world what the gaming community is really all about.” Well said, dude.

6. The World Of Warcraft movie is fair and balanced

The World Of Warcraft movie may have been delayed until next year – hey, who in their right mind would want to go up against JJ Abrams’ Star Wars flick? – but that didn’t mean news was scarce at BlizzCon about it. Director Duncan Jones – Moon, Source Code – was on hand to field questions and convince fans that this product of Hollywood would be faithful to its source material.

The film, apparently, is going to tell the story of both the Alliance and The Horde and muddy the moral waters while it does so. According to Jones, it will be as difficult for viewers to pick a faction to side with in the movie as it is in the game. “We wanted the orcs to be something the audience could care about,” said Jones, noting that the first screenplay needed a bit of rewriting because it was a bit one-sided.

It also sounds like no expense has been spared bringing the world of Azeroth to life. “It’s a big, big film,” said Jones. “It’s Avatar and Lord Of The Rings at the same time.” 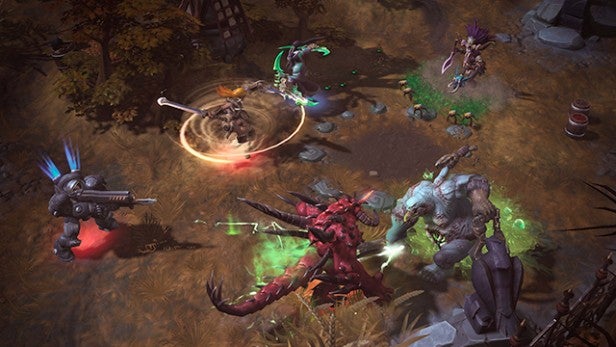 7. Heroes Of The Storm is getting a boatload of new content

Do you play MOBAs? No, we have to confess we find them a bit befuddling too, but if you do enjoy HOTS, you’re in luck because there’s a closed Beta on the way and Blizzard announced some new features at BlizzCon. Players can expect new maps, new skins, new battleground features and even a couple of new heroes in the form of Lady Jaina Proudmoore, the powerful sorceress of Kirin Tor and Orc chieftan and axe-wielding nutter Thrall. The new content also includes the cartoon Vikings, who from the looks of things, will provide the game with some much needed – albeit still lethal – comic relief. The closed Beta opens in January next year.

8. Metallica’s still got it

Yes, they’re old. Yes, they haven’t released an album in a while. Yes, there are those who say this band hasn’t released decent album since the self-titled Black Album and they haven’t released a true masterpiece since, well, Master Of Puppets. But live and in front of the roaring BlizzCon crowd, Metallica served up enough energy to detonate an entire city block. They were easily the best headliner BlizzCon has ever seen – even if Blizzard’s in house band, Elite Tauren Chieftan is a pretty tough act to follow (no, they bloody aren’t! –ed.)