LED guitar sleeve
What is it? Read the tin
Kickstarter link

People may claim that games like Guitar Hero help you learn guitar. But they don’t really. Pressing single buttons is nothing like the finger-mangling some chords require, and while Ubisoft’s upcoming Rocksmith redresses the balance – letting you plug a real guitar into your console – we still have a soft spot for the LED guitar Sleeve.

It’s a thin sleeve that wraps over the neck of your guitar, giving you LED prompts as to where you should put your fingers. You’ll be able to download additional songs, and as it’s a fully open project, you can bet thousands of the things will be available online if the sleeve takes of at all.

Other grand plans include an integrated mic, to let you know how badly (or well) you’re playing and an app to track your progress against your friends. Unfortunately, the LED Sleeve is currently miles off its funding target.

Bonobo Chat
What is it? An app that lets you talk to apes
Kickstarter link

This is how Planet of the Apes got started…

Bonobo Chat is an app that lets you chat with apes, using Lexigram symbols that – apparently – the animals can get to grips with. The chimpanzee’s at the Bonobo Hope Great Ape Trust Sanctuary in Des Moines are already using the things. 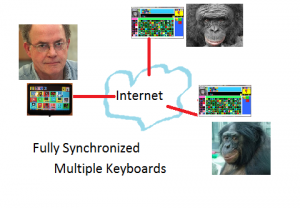 As not everyone has an ape at hope to chat away to, you’ll need to spend $500 to have a chat with Kanzi or Panbanisha from the sanctuary. Oh, and they’re bonobos, not just office assistants.

Wasteland 2
What is it? Gaming sequel to a 1988 classic
Kickstarter link

Gamers of a certain age may remember Wasteland. It was a highly atmospheric post-apocalyptic roleplaying game. Although it had snazzy EGA graphics, enabling a glorious 16 colour palette, the joy of the game was much more about the text descriptions that accompanied the sprites.

Hands up if you remember Wasteland…

inXile Entertainment wants to resurrect the long-dead franchise with a sequel. What right do they have to do so? Brian Fargo founded inXile Entertainment, and the original Wasteland was one of the first games he designed. If anyone should be producing this sequel, it’s probably him.

The Kickstarter project has already exceeded its funding hugely. inXile wanted $900,000. It currently has 49,635 backers offering almost $2.5 million. Thanks to the extra, inXile also plans to make Mac OS and Linux versions of the game. To get a digital copy of the game, you only need to chip in $15. The maximum reward level is $10,000, and gets you a party with the team, a limited edition figurine, 50 copies of the game and – the best bit – a Wasteland 2 shrine will be erected in your honour. At the time of writing, 11 people have pledged enough to earn this reward.

NTH Music Synthesizer
What is it? An open source synthesister
Kickstarter link

iPad apps have made high-end software synthesisers dead cheap to buy, but the real deal is generally pretty expensive. The NTH Music Synthesiser is fairly low-cost, and will let you produce all sorts of scrungy synth goodness. 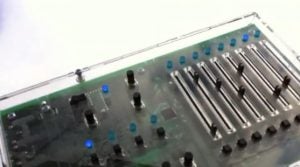 It incorporates a dual-pitch osciallator with a “gritty” low-pass filter, step sequencer and plenty of detune/envelope/waverform control courtesy of the armoury of buttons and knobs on its top. Its makers invite fiddling too, with an ICSP port that gives access to its firmware.

Want to get down and dirty with this open source synth? The funding cycle has finished and – hurrah – it was successful with $33k raised. However, the first units will be shipping out from May, so you should be able to get hold of one some time after that.

The PowerPot
What is it? A pan that’ll charge your phone
Kickstarter link

Thermoelectric power – heard of it? It involves turning heat into electricity, and it’s what the PowerPot is all about. It’s a cooking pot with a cable sticking out of it. Once the bottom heats up, it starts using some of the excess energy to generate electricity.

It supplies 5W of power and its creator David Toledo says you’ll be able to charge two or three USB devices at once. The one caveat is that you need to cook something within water for it to work. Stews are a yes, frying a sausage is a no. 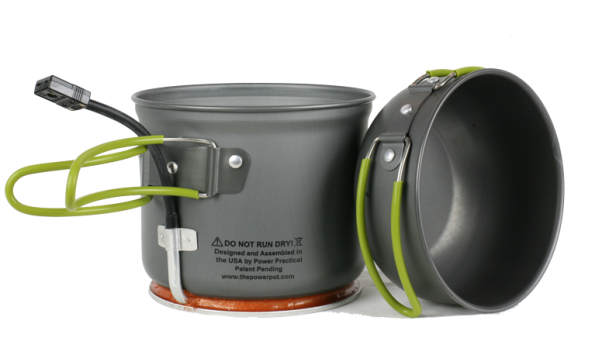 The thermoelectric part sits on the bottom of the pot, and the upper part is just a regular cooking pot. A $129 pledge earns you the 1.4l PowerPot V, $199 a 1.9l PowerPot X and $500 a giant 3.8l PowerPot XV. Also included in many of the donations is a PowerPot for someone in the developing world – although a neat gadget in itself, its aim is to supply power to those who don’t have easy access to it.