There aren’t many facets of the modern world that’ve gone backwards from a technological standpoint. Air travel is one of them.

During the late 20th century, it was possible to fly between London Heathrow and New York’s JFK airports in under three hours on a passenger aircraft. However, since the departure of the famous Concorde fleet in 2003, the trip now takes twice as long.

Virgin Galactic is the latest company to float a return to supersonic flight by revealing a Mach 3 jet that’ll far eclipse the top 1,350mph speeds achieved by the Mach 2 Concorde fleet.

Mach 3 is three times the speed of sound, meaning the Virgin Galactic jet would have a theoretical speed of at least 2,302 miles per hour. The design, unveiled today reveals a jet that would have capacity for up to 19 people travelling at above 60,000 feet. Naturally, it’ll be for the high-end, super rich business travellers should it ever come to fruition.

Virgin has signed a ‘memorandum of understanding’ with UK auto giant Rolls-Royce in order to “collaborate in designing and developing engine propulsion technology for high speed commercial aircraft.”

Rolls-Royce, of course, built the engines for the original Concorde, which is the only supersonic commercial jet ever enter into service. Today’s news comes following the completion of a Mission Concept Review in the United States and sees Virgin promise a “new frontier in high speed travel.” 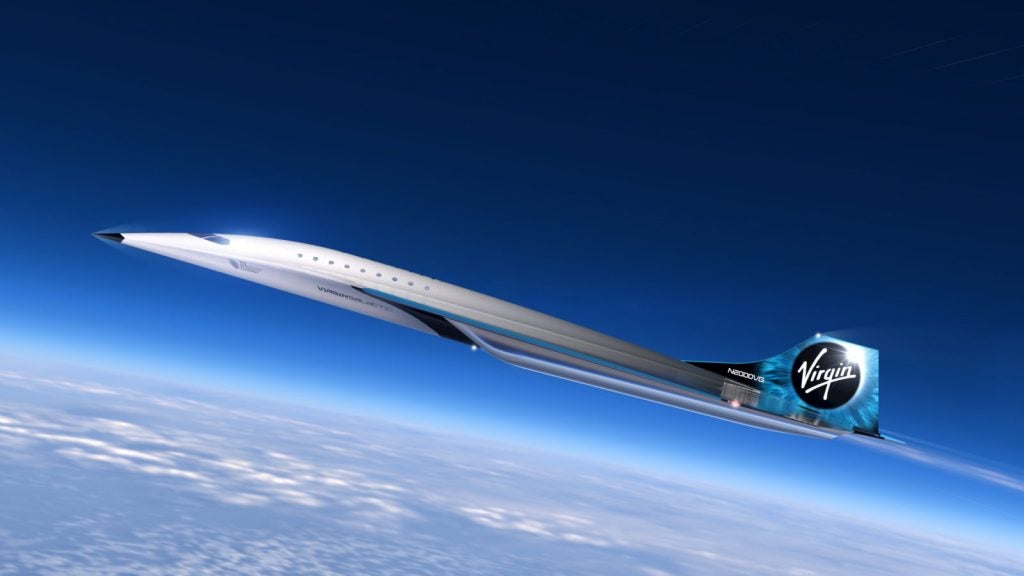 Of course, one of the main barriers to supersonic commercial flight returning to the skies is the sustainability. Concorde was famously inefficient. Virgin says its plane would seek to lead the way in developing state of the art aviation fuel.