Technics and Red Bull BC One, the world’s biggest breakdance competition, have partnered up and are releasing a limited edition version of the SL-1200/1210MK7 deck.

Technics is releasing a limited edition version of its SL-1200 Series deck (in Europe it’s called the SL-1210MK7R) to mark its partnership with Red Bull BC One, home to the world’s biggest breakdance competition. 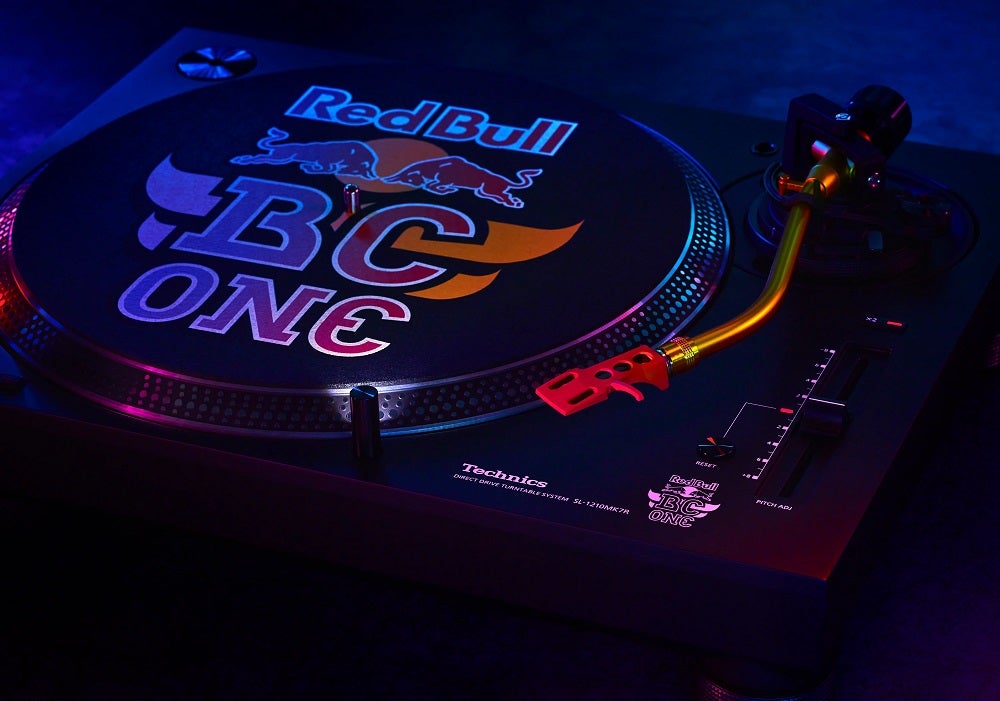 The turntable goes on sale this month (September), and features several Red Bull customisations to make this vinyl player unique. The headshell now comes in the Red Bull red, the tonearm features a golden finish, with the slip mat covered in a ‘BC One’ design and the turntable’s decal incorporating a “Technics x Red Bull BC One” finish.

The turntable itself remains much the same SL-1200MK7 deck as before supporting 33-1/3, 45 and 78rpm speeds: it keeps its coreless direct drive motor, and the S-shaped tonearm provides high tracking performance to ensure the stylus doesn’t skip even when a DJ is scratching records. The insulator feet shut out vibrations and the deck offers full digital control over pitch adjustment. The strobe light –a standard feature on all SL-1200 models since the original – has been tweaked to illuminate in red and blue.

B-boys and b-girls from around the world can send in their applications for the Red Bull BC One E-Battle now (entry opened on August 7th), with the online World Final set for late October. Winners of the b-boys and b-girls categories will get a SL-1200MK7 (SL-1210MK7) as a prize.

For those who aren’t quite as capable when it comes to breakdancing, you can still get your hands on the turntable for £899. However, only 1000 are being made worldwide, and 250 models of the SL-1210MK7R will be available to purchase in the UK. You’ll want to get in quick if you’ve got plans of adding this limited edition deck to your home.