Spotify has confirmed it is testing the inclusion of sponsored tracks for users of its ad-supported Spotify Free tier.

The company told TechCrunch it was running “a product test for labels to promote singles on the free tier.”

The Sponsored Songs are starting to show up within playlists followed by users and are designed to be in-keeping with the user’s listening habits.

It’s not like you’ll get a dose of Bruno Mars thrown in while you’re listening to Metallica, but the ‘pay to play’ infiltration is unlikely to go over too well with Spotify Free users.

However, given most of these tracks will appear within playlists created by others, the question is will most users even notice them? 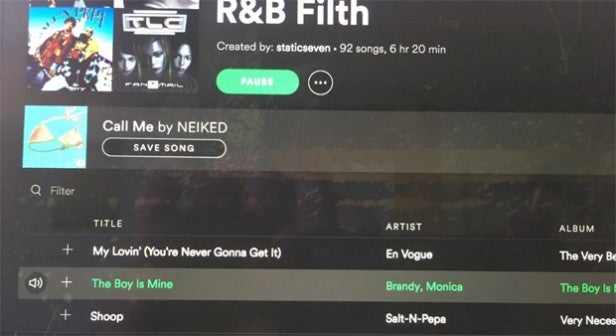 It also has hints of the era in which radio DJs earned money hand over first from record labels by agreeing to play certain artists. We’re not sure we want a return to that either, but one of Spotify’s challenges is to find new ways to monetise the non-paying userbase.

Whether those customers have any right to be upset about it is a different matter all together.

Spotify has assured that paying Premium customers won’t be affected by the Sponsored Songs tests, so maybe this could act as incentive for those on the free tier to start forking over some cash for their music?

Are you a Spotify Free user? Would an influx of sponsored tracks encourage you to upgrade to Premium? Let us know in the comments below.