Perhaps the most impressive feature of the Huawei P30 Pro’s multi-talented camera system is its ‘periscope’ optical zoom. But what sounds like a new feat of technical wizardry was in fact pioneered by a Minolta compact camera – way back in 2002.

That’s right, the technique of stacking the 5x zoom lens in parallel to the P30 Pro’s body and using mirror to reflect the light into it (hence the name periscope), wasn’t a lightning bolt of inspiration that struck Huawei or, indeed, Oppo.

The idea first appeared on Minolta’s Dimage X, a compact camera that launched in January 2002. To put that in perspective, the closest thing you could get to a camera phone back then was the Sony Ericsson T68i, which had a clip-on camera that could shoot a maximum of VGA (640×480) snaps. You could probably have got better photos from a potato. 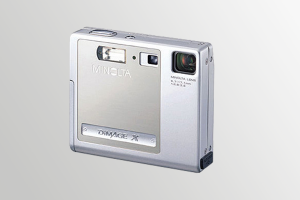 So what possessed Minolta (as it was known before its merger with Konica in 2003) to cook up such a unusual zoom design? It’s hard to imagine now, but back in the early 2000s the competition between compact cameras was as fierce as it is between today’s smartphones.

And just like today’s phones, one of the battlegrounds was size. As Reddit user afwaller spotted, the 20mm-thick Minolta X1 launched in the early 2000s with what Minolta called ‘folded optics’, and was followed by the Konica Minolta Dimage X1 in 2005.

Related: Huawei P30 Pro hands on: is this the camera phone to beat? 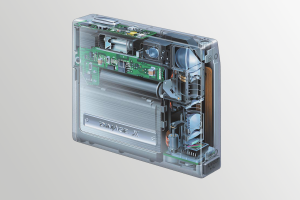 These ‘folded optics’ worked in the same way as the Huawei P30 Pro’s periscope zoom lens – one lens faced outwards, then a 90-degree prism reflected light through seven other lens elements onto a vertically-mounted CCD. That meant no protruding zoom lens, and no pesky delay in waiting for the lens to extend.

Even back then, it worked pretty well – in our review we remarked that “image quality is very good – in normal light, colour reproduction, dynamic range and contrast are excellent, and the level of detail available with the huge 8-megapixel images incredible”. Not quite as an incredible as a 40-megapixel phone, but times were simpler back then. We had 3D Doritos, for a start.

Some misty-eyed Reddit fans have even been reminiscing about their memories of it. Redditor ‘Spanky2k’ said: “I had a Dimage X back in the day and it really was so damned cool. It was so darned compact, actual camera in your shirt pocket compact”.

And Redditor ‘The-Jesus_Christ’ added: “I was living in Japan in 2002 when that came out. There was a massive advertising blitz and the thing was popular in shops across Akihabara. Still remember it clear as day”. 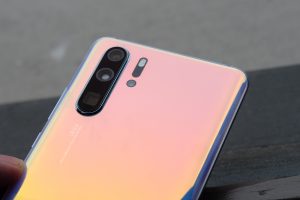 Of course, ‘folded optics’ are now just another example of how Minolta pioneered some of the camera tech that we rely on today. It built the first cameras with built-in flash and autofocus, and gave Sony the foundation for its Alpha cameras when the latter swallowed up Konica Minolta’s camera business in 2006.

So while the computational photography in Huawei’s P30 Pro that apparently lets you shoot the galaxies handheld is very much a 2019 tech, the hardware behind its equally impressive 5x optical zoom is a nod to Minolta’s 2002 heyday. Everything is, indeed, a remix.

Do you remember the Minolta Dimage X1 or any other unsung tech pioneers? Let us know on Twitter @TrustedReviews.