Facebook has announced a raft of upcoming features and tweaks for Facebook Messenger at its annual developer conference, F8. We’ve rounded up the biggest ones you need to know about. 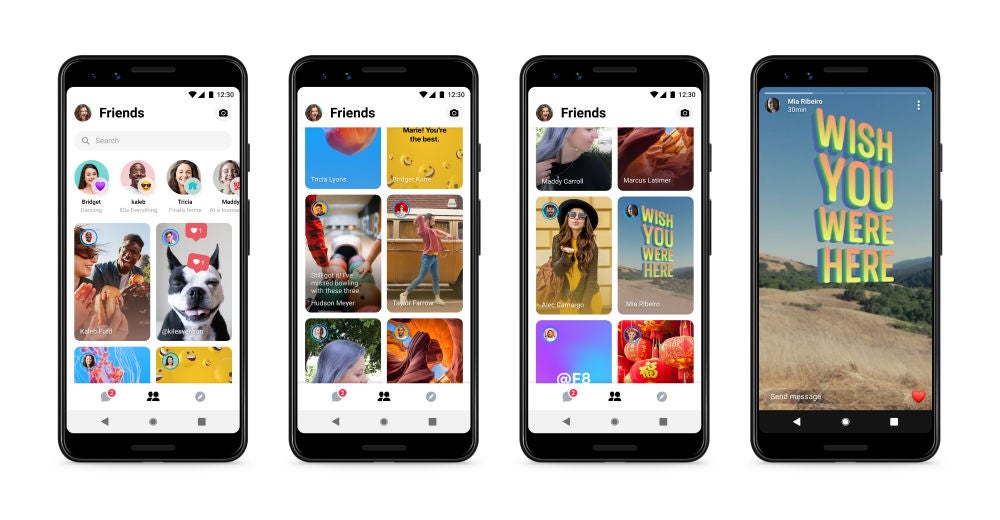 That’s right. Facebook is taking inspiration from MySpace. Dubbed ‘Close Friends’, the feature is designed to help you monitor stay up to date with all of your closest Facebook friends’ latest online activities, including Stories, pictures and other updates.

“Most private communication happens with five friends, so we want to make it easier for you to spend time and discover things about those close friends. Historically, many social networks have been about everybody,” Asha Sharma, Messenger’s head of consumer product, told Trusted Reviews ahead of F8.

But will you pick your top friends, or will Facebook do it for you? “We’re still working through that,” Sharma said. “There’s a lot of ways in which we can do this. We can have people choose who their closest friends are, we kind of know what’s most relevant to you.”

Facebook says the new feature is still in the early stages of development.

“Facebook” and “privacy” regularly appear in the same sentence, but this time it’s in a positive way. The social network has announced plans to end-to-end encrypt Facebook Messenger conversations by default, just like WhatsApp already does.

That’s because, according to the firm, “private messaging, ephemeral stories, and small group sharing are by far the fastest growing areas of online communication” right now.

However, it’s not going to happen overnight. “Our goal is to become a leader in privacy for messaging at scale. We’ll continue to take our responsibility really seriously. We’re committed to being a private service,” Sharma told Trusted Reviews. “It will take us a while to encrypt the app.”

For now, you can you can take advantage of Messenger’s Secret Conversations tool.

It isn’t strictly a new feature, but LightSpeed is a huge project that’s currently underway, which should make the Messenger app faster, less bloated…. and essentially just better. Messenger has gained a lot of features over recent years, and it’s time for a reset.

Facebook says it’s aiming to keep LightSpeed’s app size under 28MB − the current version of Messenger for iOS weighs in at a hefty 247.1MB.

To make this possible, some existing features will need to be ditched. “This means that some features may now be too large to fit our goal size, so we will be focusing our efforts on the most beloved features that Messenger has to offer,” Facebook says.

It hasn’t yet revealed what these features will be, but Facebook told Trusted Reviews that many of them are “things you wouldn’t really notice”.

However, Project LightSpeed isn’t just a case of dropping features. The Messenger app is being completely re-written. “LightSpeed was completely rebuilt from the ground up on an entirely new code base, so this will take time to roll out, but it will be worth the wait,” Facebook says, adding that we can expect a rollout later this year.

The iOS version of the app is being re-written first, because Android users already have Messenger Lite as a stripped-back alternative to Messenger. The Android version of Messenger will be re-written at a later date.

Facebook has also been keen to stress that it has no plans to kill off Messenger Lite. However, it does want to get the main bulk of Messenger users to embrace LightSpeed. Facebook is further increasing its focus on video features, and will add a co-watching feature to Messenger later this year. Though it depends on you and the friends you’re in a group conversation with all being online and willing to video chat at the same time. Tough ask.

“We’re launching a feature that will allow people to watch videos together in real time on Messenger. When you’re not together in your physical living room, this new feature creates a virtual living room where you can discover and share videos from Facebook to build closer connections,” the company says.

“You’ll be able to seamlessly share a video from the Facebook app on Messenger and invite others to watch the video together in real time while messaging or on a video chat. This could be your favorite show, a funny clip or even home videos.” Also coming later this year is a Facebook Messenger desktop app. The social media firm is currently developing both Windows and MacOS versions, and it will have all the same features as the mobile app − only with a slightly less casual flavour.

“People want to seamlessly message from any device, and sometimes they just want a little more space to share and connect with the people they care about most,” said Facebook.

“You can download Messenger Desktop − and enjoy the same features as the app on your phone − like group video calls, collaborate on projects or multi-task while chatting in Messenger.”

What are your thoughts on the new features? Yay or nay? Let us know on Twitter @TrustedReviews.