The Motorola Razr is yet to go on full release but a newly uncovered patent has shown plans for what could be a follow-up foldable. People are already calling this the ‘Razr 2’, but let’s try not to get ahead of ourselves.

The patent was originally filed in 2018 but only approved in November, and its images have given us some insight as to what we could expect from a successor to the Razr 2019.

Perhaps the most notable takeaway point is the styling of the handset. The images (via LetsGoDigital) show a phone with less of the retro quirkiness of the Razr. The design, at least while the phone is open, is closer to the status quo. It’s sleek and black, with thin bezels, but of course it’s the folding capability that will set this phone apart. 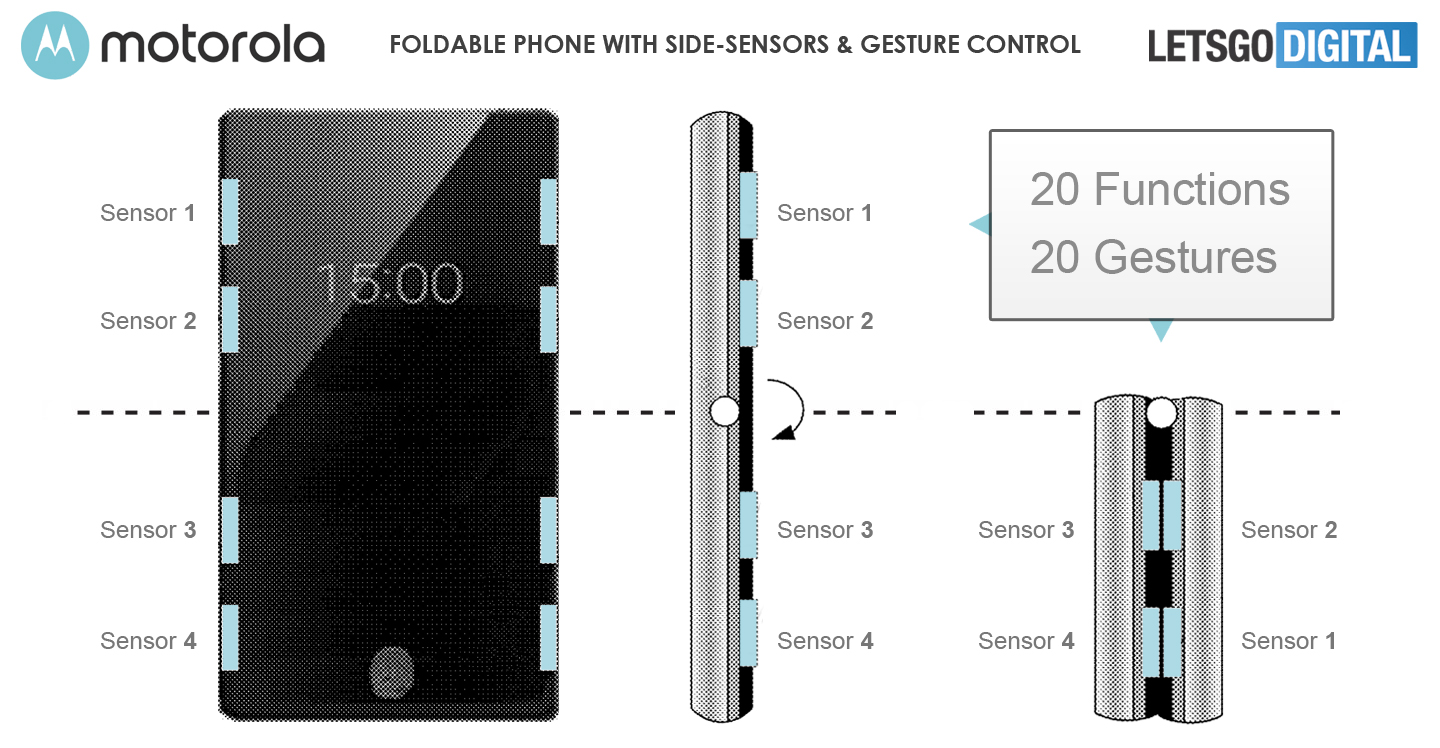 In some ways it seems a shame to step away from those retro styling quirks when their presence in the Razr has attracted so much attention and praise. The phone’s launch definitely benefited from a wave of nostalgia, but the second foldable from Motorola might not have the same ace up its sleeve.

The designs also show a range of sensors which can be used for gesture control. Gesture controls are increasingly prevalent, having recently featured on Google’s Pixel 4. However, they weren’t met with unanimously positive reviews and some users found themselves accidentally skipping songs, or experiencing other frustrating quirks.

Related: How to disable quick gestures on the Pixel 4

Hopefully the technology will have evolved a little more by the time we get our hands on the Razr 2.

Certainly, in this initial diagram, the 8-sensor array looks to be attempting a more complex sort of gesture control than is currently available.

A fingerprint scanner also appears at the bottom of the screen. This will no doubt be used as a security measure. The idea of using scanned fingerprints for payment is also an increasingly popular one and by the time this phone is in circulation that may be a more popular payment method.

As a result, Motorola have to think ahead with features like this to offer an element of future-proofing. 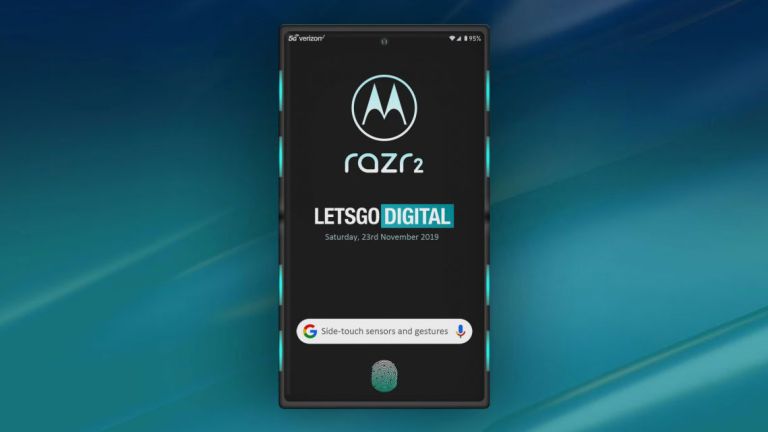 We’re excited to see how Motorola’s range of foldables develops. The new Razr made a real splash, but was all the attention it garnered thanks to its nostalgic appeal, as well as the foldable screen? It’s hard to say, but Motorola clearly felt comfortable to set the nostalgia card aside with this new handset.

With no official name having been released for this handset, the possibility remains that it could be start of a new line, rather than officially being the ‘Razr 2’. We’ll just have to wait and see which direction Motorola takes, and as is always the case with patents, there’s no guarantee that Motorola will actually make this vision a reality.