The Steve Jobs movie has been embroiled in controversy from the off, but its creators are still keen to defend the production.

Writer Aaron Sorkin, director Danny Boyle, and stars Michael Fassbender and Kate Winslet spoke out about the movie during a press conference at the London Film Festival 2015, as detailed in a report by CNET.

Fassbender, who plays the late Apple founder, said: “It’s a one-off that you get scripts like this. I thought to myself ‘this is extraordinary writing’. It’s the best script that I’ve read.”

The movie has come under fire from a number of individuals associated with the actual Steve Jobs, including current Apple CEO Tim Cook, and Apple’s Chief of Design Jony Ive.

Sorkin has previously spoken out against the criticisms, and maintains that the portrait of Jobs is “a painting, not a photograph”.

“,” said Sorkin. “That is plainly a writer’s conceit. But I do think that the move gets at some larger truths, some more important truths than what really went on during the 40 minutes before product launches, which I don’t think was the stuff of drama.”

Sorkin continued: What you see is a dramatisation of several personal conflicts that he had in his life, and they illustrate something, they give you a picture of something. Are they fair? I do believe they’re fair. My conscience is clear.”

Speaking at the LFF on Fassbender’s approach to the role, Boyle described the star as “not interested in a hatchet job or deification, he’s interesting in the truth the way Jobs pursued perfection.”

However, Fassbender was initially cautious about taking up the role, considering the gravity of playing someone who was actually alive only very recently – Jobs died on October 5, 2011.

“It did make me hesitate. When you’re playing someone that really did live in the world that we live in, and has since passed away, and does have close ones who might be worried about how their late husband or father or friend is going to be portrayed, for sure it weighed on my conscience,” explained Fassbender.

The Irish star continued: “But having spoken to my father, he said it’s like journalism. You have a responsibility to tell stories, that’s your job and you have to approach it with the utmost respect, which I did. I have the utmost respect for Steve Jobs and his family.” 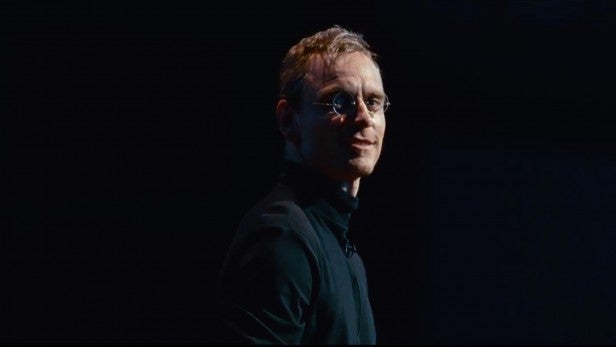 Sorkin revealed that Jobs’ wife Laurene Powell did “object to the movie being made”, but explained that Lisa Jobs, the Apple founder’s daughter and a character featured in the movie, gave the project her blessing.

It’s that wide-scale disparity in how people viewed Jobs that posed such difficulty for Fassbender.

The star revealed he went to great lengths to learn about the late Apple boss, to make sure he presented Jobs in a fair and accurate way.

“. I tried to take my own feeling from what was in the script and then I watched whatever was available on YouTube from interviews to seminars and speeches. I filled in my own blanks,” explained Fassbender.

“They could be totally off, but I thought it was a very interesting character in the script. You hear so many stories about him, good and bad, and there seemed to be a balance, a mix in the script that inferred some element of the truth,” added the star.

He went on: “He had a vision back in the mid-’70s, late-’70s, and he continued striving towards that vision, and here we are all living it now. I think that’s extraordinary passion and commitment and focus.”

Fassbender then compared Jobs to Elon Musk, the founder of Tesla, admitting to admiring “anybody who rolls the dice like that. Guys that could easily sit back and enjoy the hundreds of millions that they’re worth, but they put it all back in and risk it all over again. I think that’s pretty extraordinary and inspiring”.

Winslet, who plays Joanna Hoffman, a marketing executive on the original Apple Macintosh team, also spoke about Jobs at the LFF.

“I think if I had met him I would have quite liked him, probably because Joanna really did love him,” said Winslet.

Boyle added: “The reason that we made this film is that this guy has changed our lives in an extraordinary way…The implications of [technological change] are huge and significant so to see where it emerged from and who that person was – or a version of who that person was – is essential.” 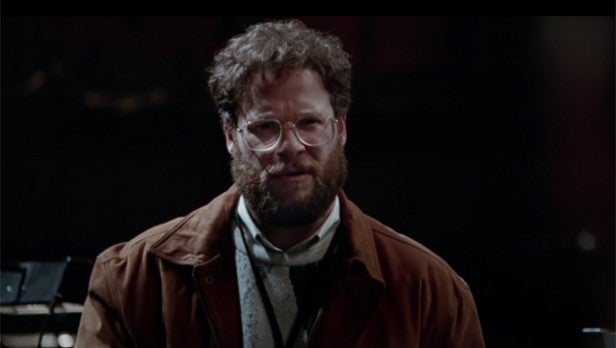 The Steve Jobs movie is scheduled for full release in the US on October 23, but it won’t arrive in UK cinemas until November 13.

The film follows the life of the late Apple CEO over three iconic product launches, ending in 1998 with the unveiling of the iMac.

Also featuring in the movie, but not present at the LFF press conference, is Seth Rogen, who plays Apple co-founder Steve Wozniak.

Steve Jobs has seen early box office success during its limited US release, ranking as this year’s best theatre average debut across the pond.

Are you excited for the Steve Jobs movie? Tell us why in the comments.

Check out our iOS 9 features video below: