What’s the point in being a billionaire if you can’t do something seriously cool with the money?

Fortunately, Mark Zuckerberg has started living up to his king of the nerds billing, at least if revelations about his home AI system are anything to go by.

At the start of the year, Zuck announced that his personal project for 2016 would be to build a home AI system for his house based on Tony Stark’s J.A.R.V.I.S in Iron Man. Now, as the year ends, he’s revealed some cool details on the system created.

So, what can the Facebook founder’s new automated home do?

Well, joining the traditional playing music throughout using Sonos and centrally control a number of connected TVs, lights, and thermostats are a new more exciting additions. 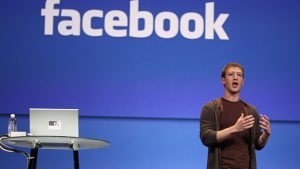 Zuckerberg said he has programmed cameras at his door to automatically let friends in using facial recognition, while he also rigged up an automated toaster using an old 1950s appliance.

Perhaps the coolest addition though is the automated t-shirt cannon which will automatically fire out a clean, presumably trademark grey, top at the touch of a button.

“My personal challenge for 2016 was to build a simple AI to run my home — like Jarvis in Iron Man,” Zuckerberg said in his revealing post.

“My goal was to learn about the state of artificial intelligence – where we’re further along than people realise and where we’re still a long ways off.

“So far this year, I’ve built a simple AI that I can talk to on my phone and computer, that can control my home, including lights, temperature, appliances, music and security, that learns my tastes and patterns, that can learn new words and concepts, and that can even entertain Max.

What automated addition would you most want in your house? Let us know in the comments.