The 16-inch MacBook Pro has finally been unveiled, and it’s seen various upgrades compared to previous editions. But are these improvements enough to make it a better buy than Microsoft’s new Surface Laptop 3?

You could argue it’s an unfair comparison. The cheapest 16-inch MacBook Pro is £2399 while the most affordable 15-inch Surface Laptop 3 is more than a grand cheaper at £1199. That said, the configurations of Microsoft’s portable climb as high as £2049 (AMD version) and £2679 (Intel version).

To make a fair comparison, we’ve picked the two Surface Laptop 3 configurations (Intel and AMD) with the closest prices to the base model MacBook Pro 16 to go head to head with Apple.

Have a look at the table below for a quick summary of the major differences.

The big news for the new MacBook Pro is that it’s flaunting a 16-inch display, which is slightly bigger than the 15-inch panel typically found on laptops – including the Surface Laptop 3.

The new MacBook Pro laptop isn’t actually that much bigger than the Surface though, being only 20mm taller and 6mm wider. Apple has achieved this by reducing the size of the bezel surrounding the screen.

With different screen ratios between the laptops, it’s difficult to compare the resolutions like for like. Apple does boast more pixels per inch though, with 226 compared to the Surface devices at 201, which suggests the MacBook Pro will have the superior display. This is no surprise given Apple’s excellent reputation in this area. 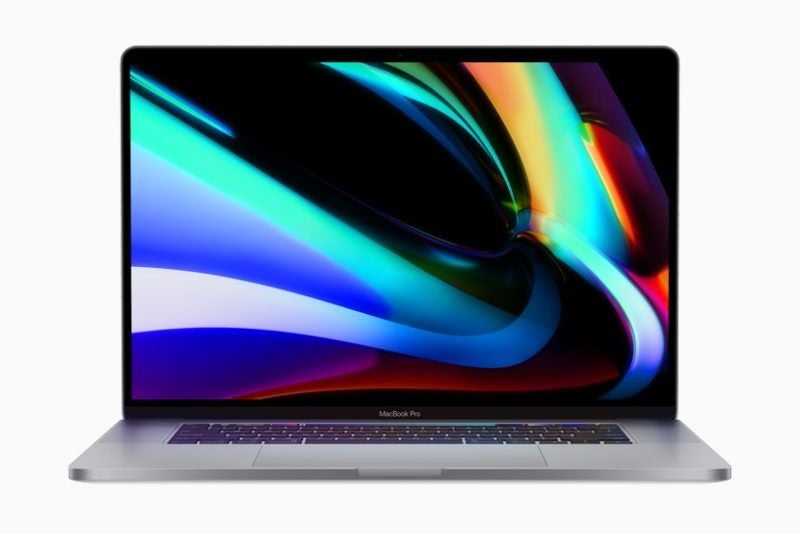 In terms of the processor, it’s a very tight contest between the Surface Laptop 3 and Apple MacBook Pro. Microsoft arguably wins this battle since it has a 10th Generation Intel Core chip, while Apple only offers 9th Generation.

Since we’re yet to test the Macbook Pro, we can’t comment on benchmark scores or confirm which system is the most powerful, but we’d expect the Surface to come on top for the CPU.

That said, both systems will still offer a very high performance when browsing the web, opening applications and streaming video. 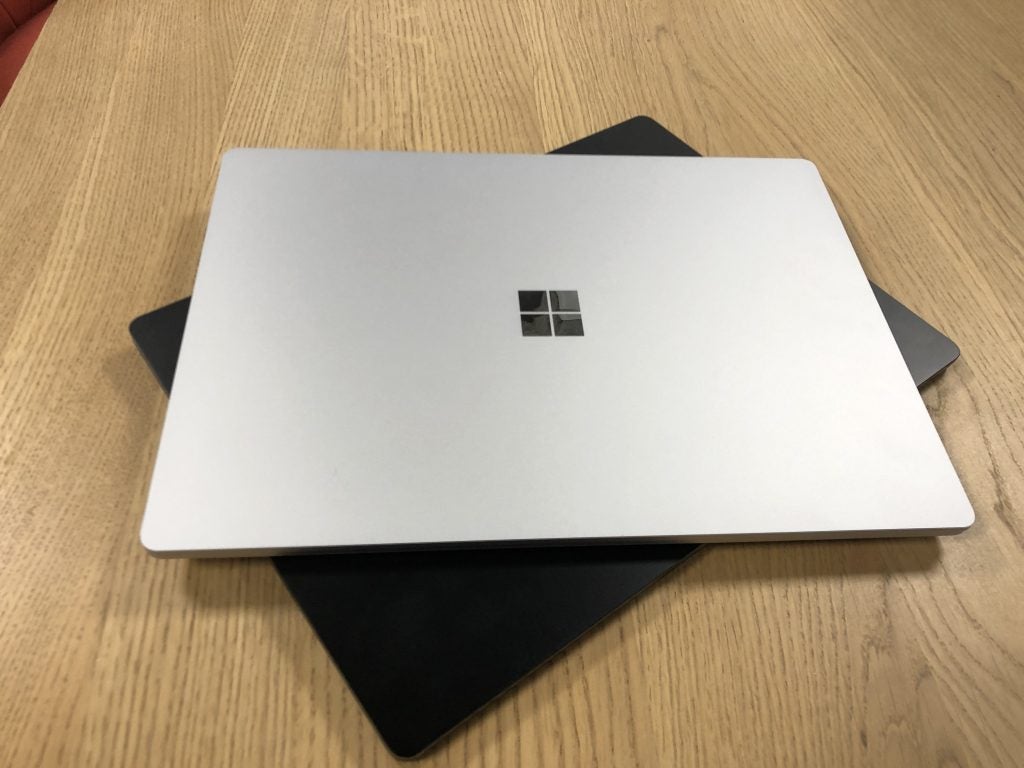 When it comes to meatier tasks, such as editing video and photos, there is one clear winner: the MacBook Pro.

Apple’s machine has a dedicated graphics card in the form of the Radeon Pro 5300M. This will very much be capable of blasting through the likes of Photoshop and Premiere Pro.

The Surface Laptops, meanwhile, lack dedicated graphics cards, but instead have graphics engines integrated into the processors. This is certainly impressive, allowing users to dabble with entry-level editing suites without burdening the portable with the extra weight of a dedicated GPU.

However, an integrated graphics engine pales in comparison in terms of GPU grunt to a dedicated graphics card. This means the MacBook Pro will be a significantly better performer for video and photo editing.

Elsewhere, the two laptops are evenly matched for specs. Both the Surface and Macbook Pro have 16GB RAM and 512GB SSD storage.

Make note that these specs only apply for these configurations. You can get cheaper Surface Laptops with less memory and storage, while the MacBook Pro can see RAM soar to 64GB and SSD storage space expand to a whopping 8TB, which is the largest seen in a laptop yet.

With the MacBook Pro you also get the controversial Touch Bar, which may be limited in uses, but is still very useful for shortcuts when editing video. The Surface doesn’t offer these fancy furnishings, instead hammering down on simplicity.

The Surface Laptop 3 and MacBook Pro are very similar in a number of ways, but one key feature separates them: the dedicated graphics card.

The MacBook Pro is built specifically for professional creatives, and so has the GPU grunt for multimedia tasks such as video and photo editing.

The Surface Laptop 3 cannot compete on this front, but it is a very good productivity machine. If you’re only interested in a portable for browsing the web and filling up spreadsheets, the Surface Laptop 3 represents better value, especially with the cheaper configurations.