I’d never realised how primitive London’s black cabs actually are until I actually rode in one of the UK capital’s new fleet of electric taxis.

To be clear, the passenger area is completely luxurious, especially after you’ve gotten used to cramming into the rear seats of your Uber driver’s Toyota Prius − because let’s be honest, it’s always a Toyota Prius.

Maybe it’s the high ceiling, or maybe it’s the combination of front- and rear-facing seats, but the effect it creates is similar to sitting in a secluded compartment rather than the passenger seats of a vehicle.

But step outside the passenger area and the age of the TX4’s design, which has barely changed since the TX1 first started appearing on Britain’s streets in 1997, quickly becomes clear. 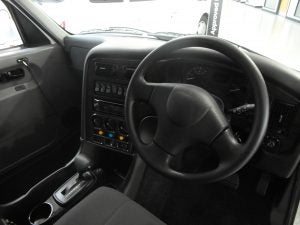 The driver’s cabin hasn’t changed much in twenty years

Look in the driver’s cab, for example, and it’s hard to ignore the dated tortoiseshell panelling, ugly dials, and a steering wheel, which isn’t even equipped with an air bag.

But more problematic is the diesel engine that sits underneath the bonnet of the car, an ancient, pre-emissions scandal piece of design that gets an almost unforgivably low 20 miles per gallon.

Its manufacturer, the London EV Company, is willing to tell me these things because as of 2018, the company no longer manufactures this aging model.

Back in 2013 Geely, the same company that owns both Lotus and Volvo, purchased what was then known as the London Taxi Corporation and started rethinking the design of the black cab.

The purchase did more than just inject the company with the money available to a multinational company, it also meant that the cab could benefit from the technology investment going on elsewhere in the business. 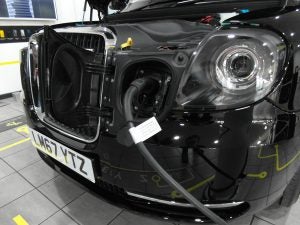 The fruits of its labour are now ready, just in time for an intense tightening of emissions standards by Transport for London.

From the beginning of 2018, TfL announced that it would no longer be granting cab licenses to any vehicle that isn’t ‘Zero Emission Capable’. In effect this means that a taxi needs to be able to go 30 miles without emitting any pollution, which must not exceed 50g when it does.

The result is the LEVC TX, a ‘range-extended’ electric hybrid that not only meets the exacting new emissions standards, but brings the rest of the black cab’s design up to the expectations of 2018.

Starting with the engine

Although there are plenty of smaller improvements to go into detail about with the new cab, we have to start with what’s going on under the hood.

With the TX being billed as ‘The Electric Taxi’, you’d be forgiven for pointing out the combustion engine that’s still happily sitting underneath the bonnet. It’s a hybrid then, but not quite as we know it.

Representatives from LEVC went to great lengths to argue that this is a ‘range-extended’ hybrid rather than a traditional plug-in hybrid. 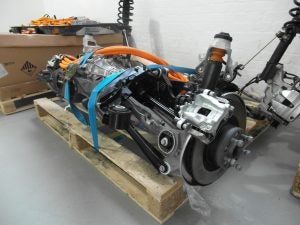 This beastly electric motor sits on the taxi’s rear axel

Their reasoning is that at no point is this combustion engine actually directly driving the wheels of the cab. Instead, this engine is acting as a generator for the electric motor that sits on the vehicle’s rear axel.

There are three settings to choose between, which offer varying combinations of battery drain and fuel consumption. ‘Pure’ will turn off the engine entirely and drain the battery the quickest, ‘Save’ will keep the battery topped up by consuming more petrol, and ‘Smart’ will intelligently adjust between the two.

The driver also has a couple of different options for how aggressively the cab uses regenerative braking to recharge its battery. Higher levels not only keep the battery more topped up, but also save on braking in stop-start traffic, extending the life of the vehicle’s brake pads. 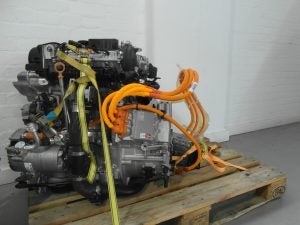 In addition to the electric motor, the TX is also equipped with a petrol engine

It’s obviously disappointing that the cab still requires a petrol motor, but the realities of a black cab’s range needs combined with London’s existing charging infrastructure mean that this isn’t going to be possible for quite some time.

In the grand scheme of things, the average family car is a ridiculously easy vehicle to run on electricity. With the average UK car journey sitting at just under 10 miles as of 2014, and most cars only spending around 5% of their time actually in use, modern electric cars both have enough range to cover most distances and enough off-road time to fully charge between them.

Black cabs have none of these advantages. According to the LEVC, the average black cab driver does between 120 and 200 miles a day on a single shift, and the vehicles themselves are often passed on to another driver at the end of the day, who’ll then do a second shift.

Add to this the unpredictability of a Taxi driver’s route — which would make it next to impossible to guarantee they’d stop by one of the limited number of charging points during the day — and you’ve got perhaps one of the most difficult vehicle types to electrify. 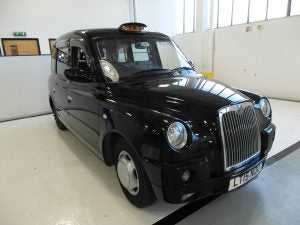 LEVC was unwilling to commit to saying when the technology and London’s infrastructure would be ready for an all electric black cab, but with TfL pledging to deploy 300 charging points by 2020, and the UK set to ban the sale of all petrol and diesel cars by 2040, such a development is all but certain at some point.

Beyond the new cleaner engine there are a host of other upgrades that LEVC have brought to the new cab. Small USB chargers are located to the left and right of the back seat, while a larger power outlet is located in the dividing wall to let you charge a laptop. A large window in the top of the cab allows you to gaze up at London’s sights, in addition to sideways out of the window.

But the most striking thing about the riding experience in the back of the cab is just how smooth and quiet it is, thanks to the new suspension and engine, respectively. At times it almost feels like you’re floating through London’s streets in a serene little cabin. 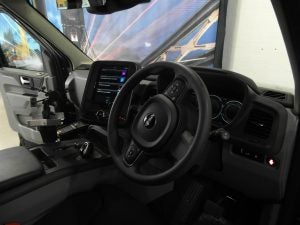 But despite all of these hi-tech developments, the spectre of completely driverless vehicles looms overhead, and the first signs of this revolution are already making themselves felt in the design of the new TX.

Behind the rear-view mirror sits a wide array of sensors that are constantly scanning the road ahead for potential dangers. If a vehicle, cyclist or person gets in the way of the Taxi, then the system is designed to emit a warning sound, and if the danger doesn’t go away then the cab is actually able to bring it to a standstill to avoid the collision.

If all the systems fail and a collision still occurs, front and curtain airbags are equipped in the cab — a long overdue inclusion.

I don’t think anyone would argue against the inclusion of these systems, and they’ll almost certainly save their fair share of lives. But these systems are already pretty advanced, and they’re only going to get better as the likes of Waymo and other automakers pour millions into developing fully autonomous systems.

When that happens it’ll be hard to see a need for the Taxi driver — in their modern form at least — at all.

But for all the change that’s occurred with the new black cab, there are some things that will never change.

At one point I gesture towards the new GPS-equipped tablet that sits to the left of the driver’s seat and ask how the sat-nav is on the new cab.

“I don’t like it,” our cabbie for the day, Peter, tells me, before explaining in detail how a GPS will never be able to take into account the intricacies of London’s traffic, bus lanes, and signal-blocking skyscrapers.

I can’t help but smile. black cabs might be undergoing one of their biggest transformations of the decade, but the cabbies themselves are unlikely to change any time soon.