Liverpool vs Tottenham YouTube: How to watch the Champions League final for free tonight

Liverpool and Tottenham face off at Atletico Madrid’s Wanda Metropolitano stadium tonight in the Champions League final. And best of all, you can tune into this one for free! Our guide reveals all you need to know to watch Liverpool vs Tottenham online, including full live stream details and the kick-off time.

Those semi-final second legs seem to have taken place an age ago, don’t they? Both sides reached the final in exhilarating fashion, with Liverpool trouncing Barcelona at Anfield, and Tottenham completing what appeared to be an extremely unlikely turnaround in the most dramatic manner at the home of Ajax.

If the final turns out to be half as entertaining, we’ll be in for one hell of a treat. Whoever you’ll be supporting, best of luck to you. And watching the big game won’t cost you a thing. 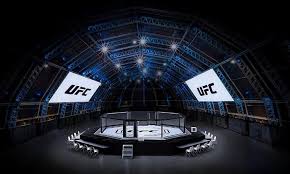 That’s because (as has become customary) BT Sport is making the Champions League final available to stream in 4K on YouTube. If you’re a BT Sport customer, you can tune in in the usual manner too, by firing up either BT Sport 2 or BT Sport 4K UHD.

Coverage starts at 6pm BST, and the game will kick off at 8pm.

Here are the links you need to get started.

Jurgen Klopp’s men beat Mauricio Pochettino’s side twice in the Premier League season just gone, winning 2-1 each time. But of course, that counts for nothing tonight.

Spurs have had an extraordinary season, considering they were playing away from home for the vast majority of it, and the last player they signed was Lucas Moura − back in January 2018. Moura, of course, played the role of the hero in Amsterdam, scoring an outstanding second half hat-trick to book the Lilywhites a place in the final.

All of the pressure’s on Liverpool, who’ll have last year’s Champions League final defeat at the hands of Real Madrid in the backs of their minds. Surely a team this good won’t end this campaign with no silverware.