Here’s everything you need to know about Jaguar XF Sportbrake, including the XF Sportbrake’s release date, specs, features, price – and what it’s like to drive.

While everyone’s talking about Jag’s F-Pace and upcoming E-Pace SUV range, the new Jaguar XF Sportbrake (their fancy name for an Estate car) may have been in your blind spot. It’s stylish, sensible, and a ton of fun to drive.

The new second-generation XF Sportbrake starts from £34,910 (2.0d 163ps Prestige Manual) and is all about legroom, boot space and luxury. It’s a little shorter than the previous model (6mm to be exact), but the wheelbase has been lengthened by 51mm, so you get more legroom and a spacious 565-litre boot (1,700 lires with lowered rear seats).

That’s on par with the Audi A6 Avant and BMW 5-series Touring, but less than the mammoth 640-litre Mercedes-Benz E Class Estate – so there’s plenty of room for the dogs (or golf clubs). 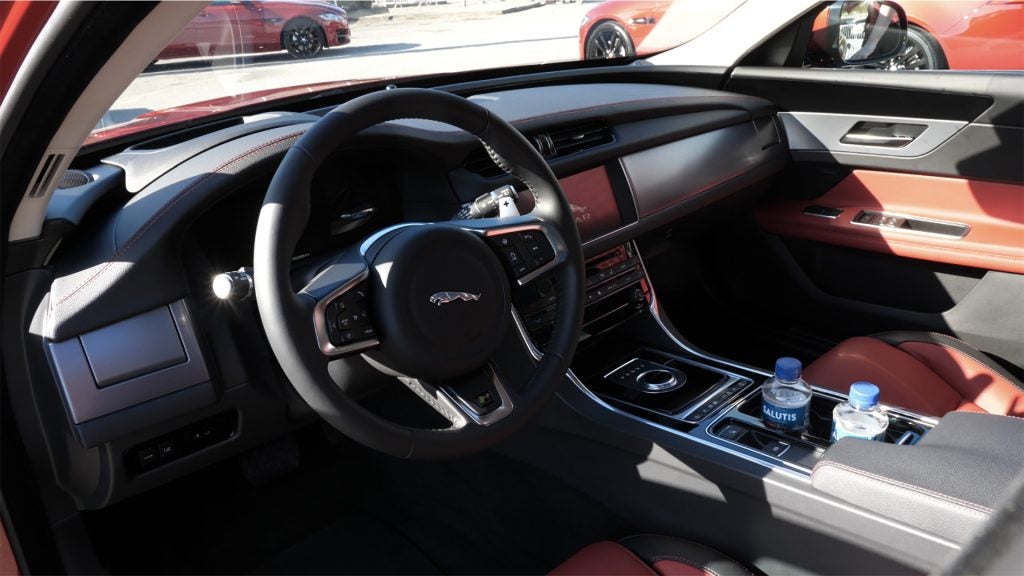 The design is based on Jaguar’s XF Saloon, but the Sportbrake looks longer (despite sharing a similar overall length) thanks to the swept-back roofline and rear spoiler. The wrap-around LED taillights are inspired by the F-Pace, and give it a broader, more modern look. I’m a big fan of the design, and the Sportbrake proves estate cars don’t have to look dull and utilitarian.

The XF Sportbrake’s aluminium body is lighter and stiffer than it’s predecessor, which improves handling and agility. Driving it on the winding roads of northern Portugal (outside Porto, to be exact), the AWD Sportbrake was both nimble and powerful – I quickly forgot I was driving a five-metre-long estate car. 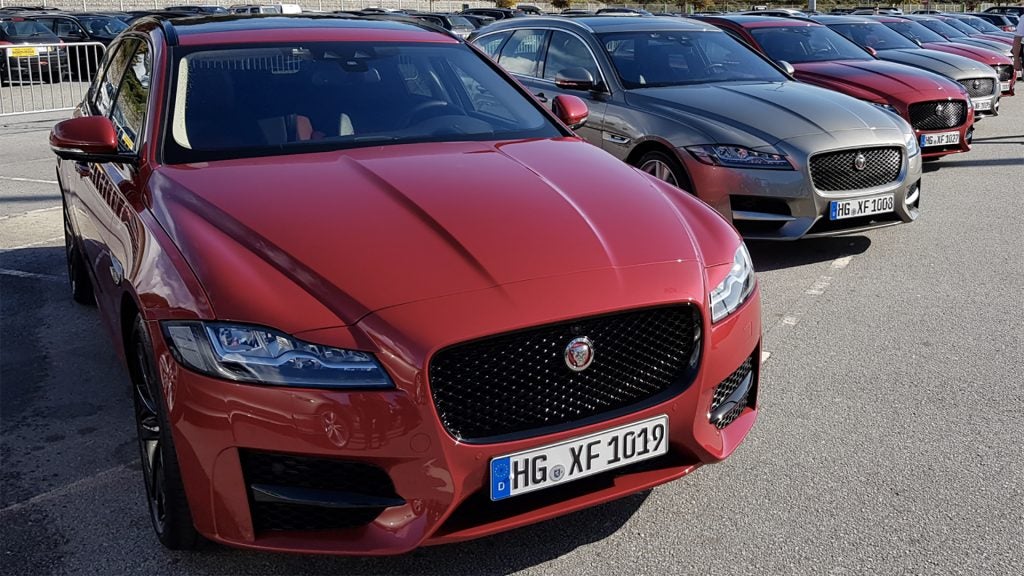 In the UK and EU, there are 5 engine models to choose from. The range starts with a 163PS 2.0 litre diesel (manual/automatic, RWD), with the top-spec sporting a 300PS 3.0 litre V6 diesel (automatic, RWD).

My engine of choice is the 2.0 litre 180PS diesel, which was noticeably more responsive and torque-y than the relatively lethargic 2.0 litre petrol.

After a 700-kilometre drive, I came away impressed by the comfort and quality of the Sportbrake’s cabin, with the soft-leather trim and colour-matched stitching giving it a premium aesthetic. If you’re driving long distances, opt for one of the two top trims (Portfolio and S) which feature fully electric adjustable driver’s seats, lumbar support and an awesome 380W sound system.

There’s two infotainment systems on offer, in 8-inch and 10-inch screen sizes. They’re both touchscreen and have sat-nav built-in. It’s easy to use (less complicated than Audi’s MMI interface), but the touchscreen doesn’t feel the most responsive – often taking two to three seconds for each press to register. 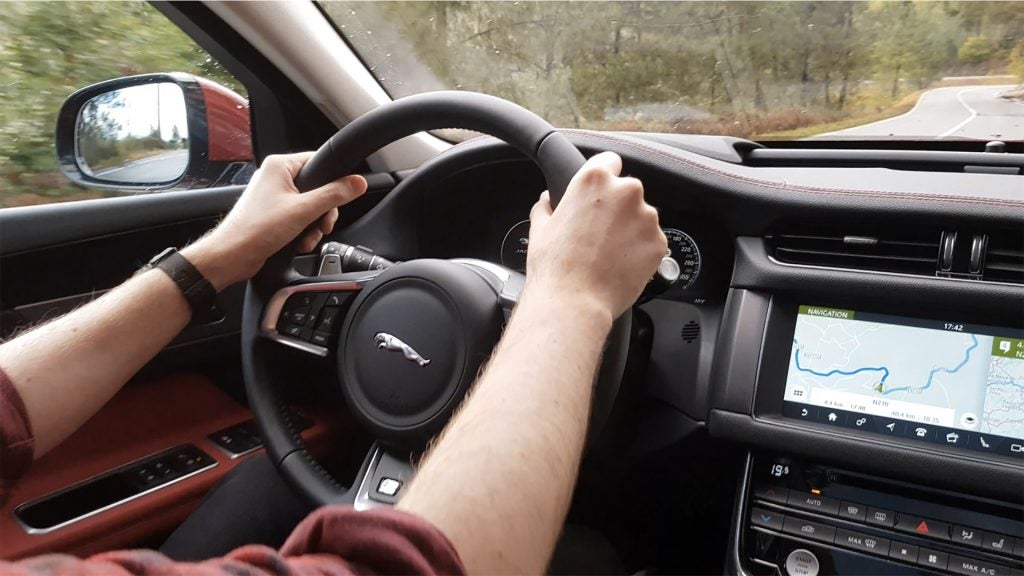 I’m a big fan of the optional heads-up display though, which showcases your speed and basic navigation on your windscreen. Any technology that helps you keep your eyes on the road is a plus in my book.

You can also spec the XF Sportbrake with a 12.3-inch instrument cluster (digital dash), which I think makes the cockpit feel a lot more futuristic, and can be customised to show various instruments or full screen sat-nav.

The Jaguar XF Sportbrake offers both form and function, offering a big boot, spacious cabin and great handling. The XF Sportbrake starts from £34,910 and is available to order now.

What do you think of the new Jaguar XF Sportbrake? Let us know via Facebook or tweet us @TrustedReviews.