Twitter is in a state of flux. User figures aren’t growing, staff are departing and share prices are less than robust. And that’s before we even get to its icons.

Last year it changed stars to hearts and let users ‘Like’ tweets. Now, it looks like its iconic Retweet button could be about to be showed the door.

That’s according to a number of reports and a redesign that Twitter itself has started trialling with certain users.

The new look mobile app, which is being tested on small groups of users, has scrapped the Retweet in favour a new, more generalised “sharing options” button.

This isn’t the only change that could be on the cards, either. A new speech bubble icon could also be on the way, letting users better engage with the content they see.

“We’re testing new icons on Tweets to evaluate how this impacts the way that people use Twitter,” an official Twitter spokesperson said in a recent statement.

Despite acknowledging the tests, Twitter has yet to confirm when, or indeed if, the Retweet will be given an across the board culling. 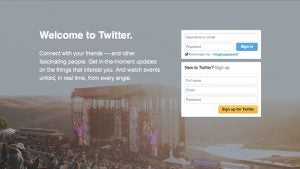 So, what’s changed? Well, under the new sharing button header and icon, the existing Retweet and Quote Tweet options have been joined by a pair of new options, with Send Direct Message joined by Share Tweet.

The latest in a wave of recent changes teased by the ailing micro-blogging service, Twitter recently announced it was to kill of the 6-second video sharing service Vine, only to flip-flop on its plans and bring it back in a different guise.

Would changing Retweet to share make you engage with Twitter more? Let us know in the comments.