Half-Life: Alyx is finally here, acting as the series first instalment since Episode Two way back in 2007. So, its narrative brings with it ample expectations to explore the universe and provide further context to its beloved cast of characters.

Despite being a prequel, Alyx has a profound impact on the future of Half-Life, and we’ll be exploring them in detail so be aware of spoilers from this point on. So we have broken down the ending of Half-Life: Alyx so we know exactly what happened and what it means for Valve’s magnum opus going forward.

Half-Life: Alyx concludes with Alex finally reaching The Combine Vault, a giant alien structure which looms above City 17 throughout the game. Throughout the final act, you’re led to believe that The Combine is holding Gordon Freeman (the original a Half-Life protagonist) prisoner, scared of what the Black Mesa survivor is capable of if set free. It turns out that your assumption is very wrong. 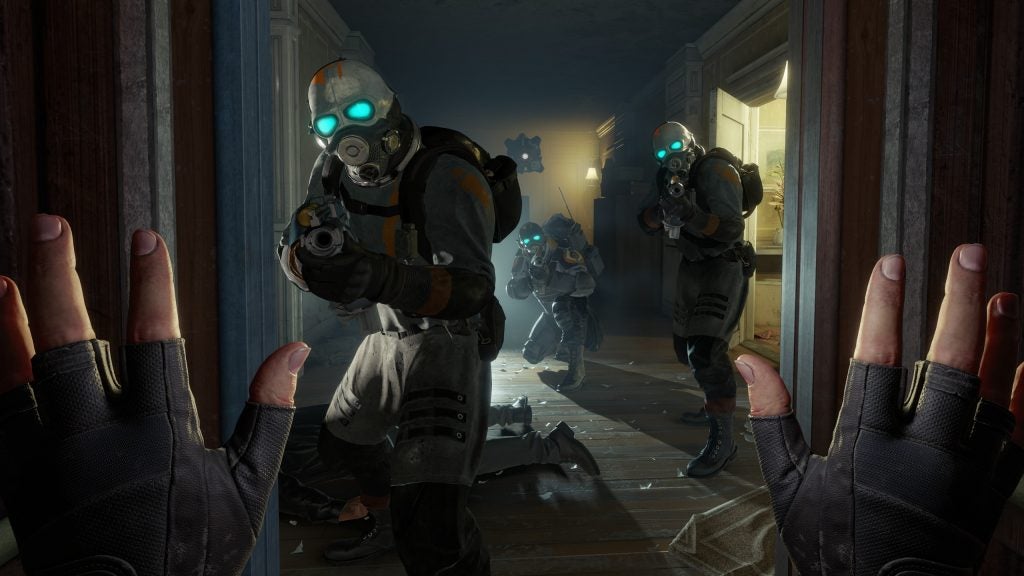 After causing The Vault to crash into City 17, destroying several buildings, you descend into the wreckage in search of your objective. After defeating a Strider in the thrilling final encounter, you hop into a tractor beam and find yourself inside the alien prison. What follows is a surreal, unusual experience that only grows stranger by the minute.

The Combine, or some other strange force, has conjured up an alternative reality in The Vault which significantly resembles the city below, but the vision is fracturing, giving way to the true alien architecture beneath. After navigating through this dreamscape, Alyx’s gravity gloves begin attracting strange energy sources from the walls, which you can use as projectiles to fight back the final onslaught of Combine.

After this, you stumble upon their prisoner, and it’s none other than the G-Man. Yes, The Combine has captured the ominous businessman himself, who has a few choice words for our heroine. He explains his role in The Combine invasion, and how his employers ask him to prod people subtly in their desired direction, influencing events on a galactic scale. He’s responsible for The Black Mesa Incident, Seven Hour War and everything in between.

After explaining this, Alyx begs him to rid her planet of The Combine, but that’s too big a wish to grant. Instead he shows her a glimpse of the future. He transports her to the scene of Eli Vance’s death, as she cradled her dying father’s corpse in her arms. In disbelief, Alyx begs for G-Man to change the future, letting her father live despite the consequences that come with such instructions.

He obliges, changing the future, so Eli Vance survives. Once the deed is done, he warns Alyx Vance of the ordeals to come before walking away into an inter-dimensional doorway. The credits roll in as our hero screams in desperation for answers. Throughout G-Man’s monologue, he also makes direct reference to Gordon Freeman, with the man himself appearing before you briefly. 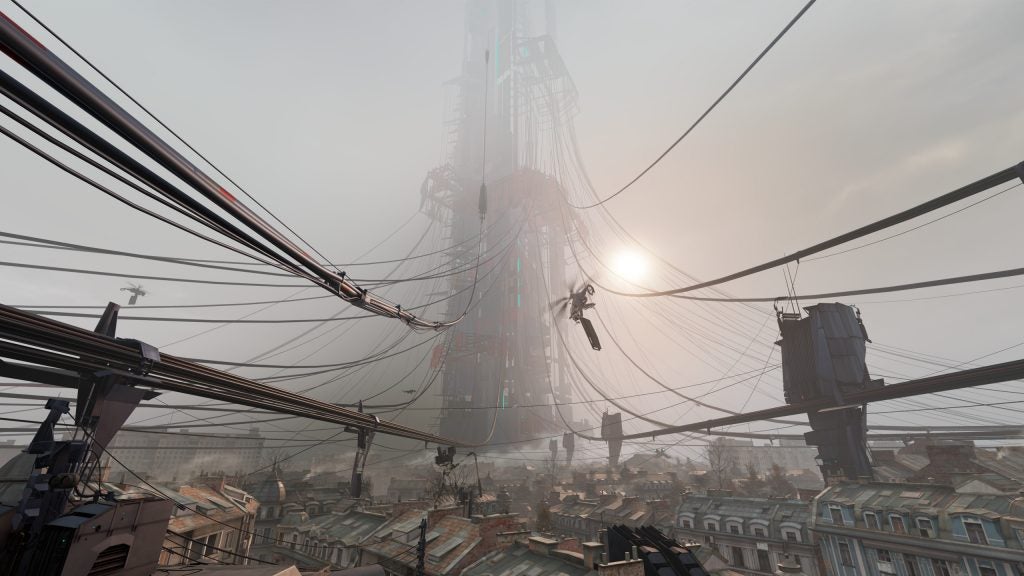 This isn’t the end, though. Stick around after the credits, and you’ll find yourself in the perspective of Gordon Freeman, sitting on the ground as Eli Vance shouts at you. He’s panicking that Alyx has suddenly gone missing, with the corpse of a Combine Advisor laying behind him. Suddenly, Dog leaps across the ceiling before landing beside you, handing the iconic Crowbar to Eli.

He holds it out to Gordon and you, as the player, grasp it as Eli states: “Come on, Gordon. We’ve got work to do.”

Half-Life: Alyx rewrites the events of Half-Life 2: Episode Two, reshaping the cliffhanger we’ve been waiting 13 years to receive a resolution for. It’s a brave move, and makes it clear that Valve is laying the foundations for a third entry. Yep, they’re ready and willing to unleash Half-Life 3 upon us, and chances are it will be a virtual reality experience.

The role of G-Man is an interesting one since it’s likely he engineered his capture by The Combine, knowing that Alyx Vance would save him and beg for her father to be spared. Perhaps the death of Eli Vance went against the wishes of his employers, and he was made to do everything he could to rectify it, even if it meant changing the narrative landscape as we know it.

We are left with so many lingering questions, many of which we doubt will be answered anytime soon. Despite this, the potential of these events is absolutely fascinating, and we can’t wait to see them unfold for ourselves.