Google’s camera-loaded Street View cars have picked up all manner of dodgy goings on down the years, but the company mostly has the decency to conceal the faces of those unsuspecting members of the public.

Indeed, on a trip down a Liverpool street, one dog-walking rapscallion’s mug was successfully blurred by Google’s algorithms. However, one body part was left exposed for the world to see.

Twitter user Callum Rimmer, who goes by the monicker @EvertonWRLD on the social network, was exploring his neighbourhood, just around the corner from the homes of Liverpool and Everton football clubs, only to discover something a little more worthy of concealment.

You can see Google’s gaffe in the video below, although you probably don’t want to.

After Callum’s tweet gained some viral notoriety, Google has corrected the cock-out, ahem, cock-up and the nether regions of the cheeky Liverpudlian have now been hidden from the world once again. In fact, the scouser and the massive dog he was walking have been smudged out completely. 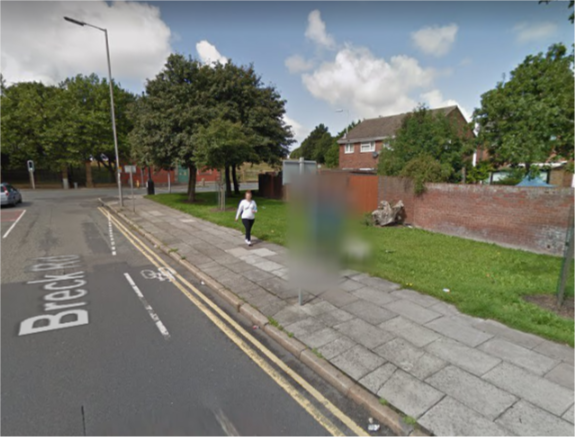