Google’s Street View cars have caught some funny sights over the years, from bolting horses to couples getting frisky in public.

Now though, the company’s camera-equipped cars could land the search giant in hot water, with one unit having seemingly caught itself speeding, oops.

Eagle-eyed Street View users have spotted scenes in the small Worcestershire village of Kempsey, that show a flashing road sign warn of the on-coming vehicle breaking the 30mph speed limit.

With the Street View footage showing not much in the way of other approaching vehicles, it looks like the Google car is the one at fault for flouting road laws. 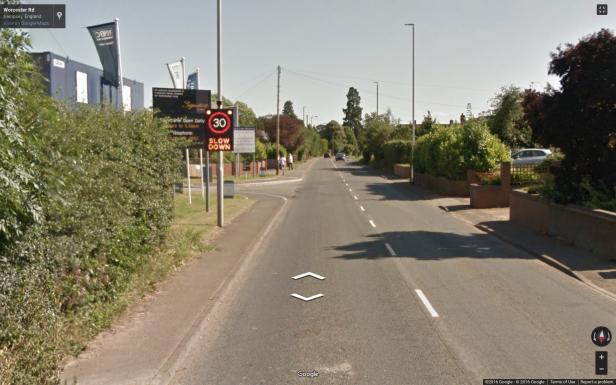 Backing up the incriminating images, Kempsey District Councillor, David Harrison, stated: “They were going over 35mph in a 30mph zone, and they’ve taken their own photographer to prove it.

“They have managed to incriminate themselves.”

Responding to the reports, a Google spokesperson told the Daily Star: “Driving safely is an absolute priority for Street View and we work with our drivers to ensure that.”

Amazingly, this isn’t the first time Google’s Street View fleet have been the masters of their own downfall.

Earlier this year, Street View footage in St George’s Road, Glasgow, showed another Google car had been fast and loose with speed restrictions.