Samsung has officially revealed its latest mid-range smartphones, the 2018 Galaxy A6 and A6 Plus. Here’s what you really to know about the duo, including the Galaxy A6 (2018) release date, specs, price and more.

Both the 5.6-inch A6 and 6-inch A6 Plus feature Samsung’s Infinity Display design, albeit with a fatter bezel compared its current flagship, the Galaxy S9. The A6 proper gets an HD+ screen, while the larger A6 Plus offers Full HD+ resolution – a trend of marginal oneupmanship that permeates the spec sheet of the two new devices.

Samsung is talking up the duo’s photography capabilities, with the A6 sporting a single 16-megapixel rear lens, and the A6 Plus adding a second, 5-megapixel snapper to offer the oh-so-fashionable dual-camera setup. Selfies are the responsibility of a 16-megapixel front snapper on the A6, and a 24-megapixel front cam on the A6 Plus. Both also sport rear fingerprint scanners and offer Dolby Atmos audio support.

An exact UK release date has yet to be confirmed, though we know that the pair will come to Europe, Asian and Latin America first, ahead of wider rollout to South Korea, Africa, and China. Pricing is also still a mystery, but given the specs, expect the Galaxy A6 Plus (2018) to the more expensive of the two.

The Galaxy A6 first came to our attention by way of  leaked promotional material saying the Galaxy A6 (2018) sports a 5.6-inch edge-to-edge Infinity Display, an Exynos 7870 CPU, 3GB of RAM, a 16MP front-facing shooter equipped with an LED flash and a 16MP rear-facing camera.

The Galaxy A6 (2018) is rumoured to launch alongside a larger and slightly more powerful Galaxy A6 Plus (2018), which is tipped to feature a 6-inch edge-to-edge Infinity Display, a Qualcomm Snapdragon 625 CPU and 4GB of RAM.

As for the design of the Galaxy A6 (2018) and Galaxy A6 Plus (2018), both look an awful lot like the flagship Galaxy S9 – touting an Infinity Display and a centre-mounted rear-facing camera, with a fingerprint reader nestled beneath it. 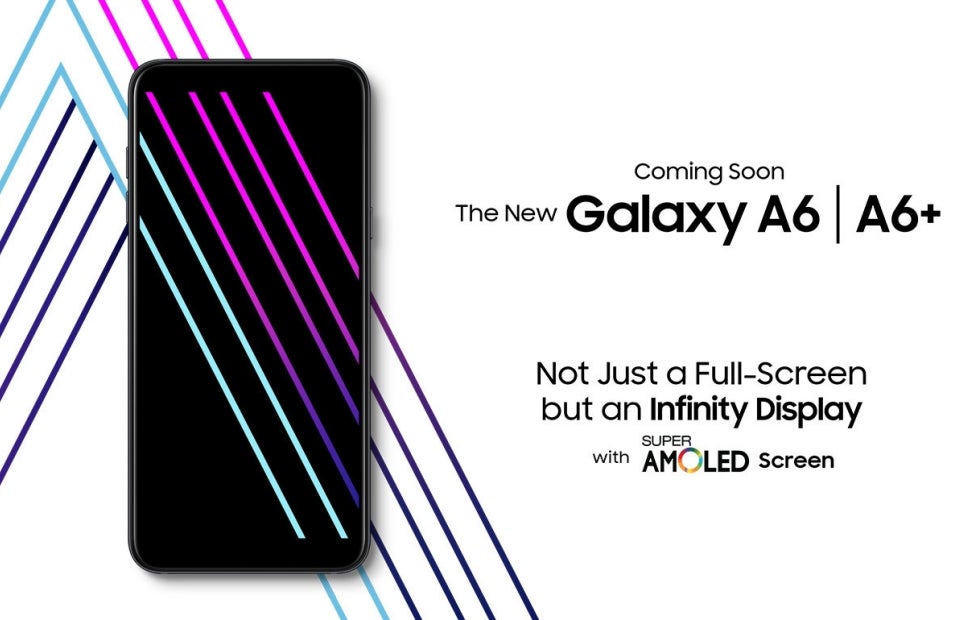 We also learned of a couple of notable differences between the Galaxy A6 (2018) and the Galaxy S9, namely that the A6 features a flat Infinity Display, instead of a curved one, and the bulk of the handset is constructed from aluminium, not glass. 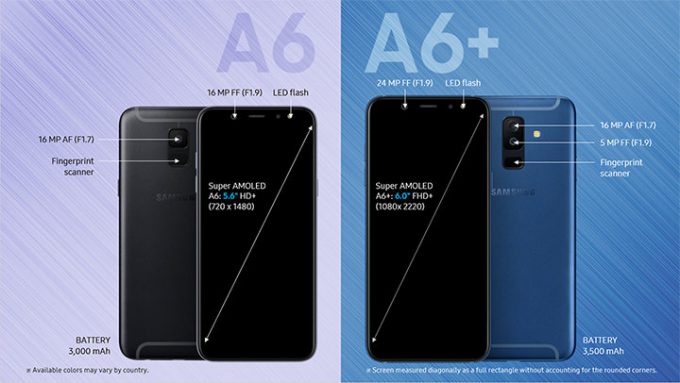 What feature are you hoping to see on the Galaxy A6 (2018) and Galaxy A6 Plus (2018)? Let us know over on Facebook or Twitter @TrustedReviews.