Facebook is celebrating its 12th birthday with so-called Friends Day,
and we’re all meant to take some time to reflect on our digital
connections.

On average, each of us has 150 Facebook friends, and
scientific estimates put the size of a typical person’s actual social
circle at between 100 and 200 individuals. So we’re all pretty popular,
apparently.

But do any of your Facebook friends actually care about you?

Some
would say today’s festivities are ironic, arriving in the wake of a
recent study that suggests most of our Facebook friends don’t give two
hoots about our welfare.

According to Oxford University
psychology professor Robin Dunbar, you can depend on just four of our
150 (on average) Facebook friends in “times of crisis”.

What’s more, a mere 14 pals would offer sympathy during an “emotional crisis”, according to Dunbar’s research.

Dunbar says this is because social media promotes “promiscuous ‘friending’ of individuals who often have very tenuous links”. 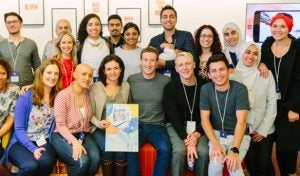 That’s no surprise; even Facebook admits the entire planet is connected to each other at an unprecedented pace.

The
company revealed that the degrees of separation – how many people it
takes to connect a typical pair of Facebook users – has dropped to 3.57.
That’s down from 3.74 in 2011, and a stark contrast to the six degrees
of separation popularised by author Frigyes Karinthy in 1929.

“,” Facebook reveals. “This is a significant reflection of
how closely connected the world has become.”

And it’s not like
the platform offers a small sample size either; the social network has
around 1.6 billion monthly active users right now, far beyond any other
competitor.

But it’s that monstrous scale that makes it tough for
other services to connect us, because everyone relies so heavily on
Facebook – and Facebook-owned WhatsApp and Instagram, too. 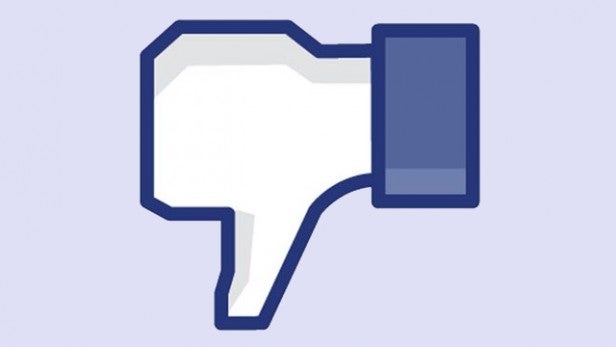 But Facebook is adamant that it’s a force for good when it comes to bringing people together.

“When
people connect, powerful things happen and lives are changed,” a
Facebook spokesperson explains. “We see this on Facebook every day,
whether it’s an exchange with an old friend that brings a smile to your
face or a new connection that changes your life path, or even the
world.”

“We know that people are more connected today than ever before,” the spokesperson adds.

A
2015 study showed that using Facebook can actually have a negative
impact on our mental health. The University of Houston revealed a link
between depressive symptoms and Facebook use.

That’s apparently
because people often compare themselves to their peers through Facebook.
For instance, you might get upset that your mate just bought a
Lamborghini, while you’ve got cupboards stocked with nothing but
own-brand spaghetti hoops.

“ in that they can instil a notion of everyone else having a great time and a wonderful social life,” Nicky Lidbetter, Chief Executive of Anxiety UK, a charity for people affected by anxiety disorders, speaking to TrustedReviews.

Lidbetter continues: “In fact, often it is the case that people exaggerate how positive their lives are when interacting online.”

As such, having more Facebook friends
could actually make you feel worse, because there’s more opportunity for
a sports car to pop up in your News Feed.

But here’s some good
news! Facebook has released two new ‘friendship’ sticker packs for
Messenger to send to your friends. If only we weren’t so alone…

Take part in our poll:

Let us know what you think of Facebook Friends Day in the comments.