When the Nintendo Switch was officially launched we learned from EA Executive Patrick Söderlund that FIFA would be coming to the new console at some point this year.

And now Famitsu has published more comments from the Executive Vice President, who had a lot of positive things to say about Nintendo’s collaborative efforts.

According to the site, Söderlund said: “I only spoke about FIFA today, but our company’s structure lets us release all sorts of games for every platform, so we’ll go wherever the gamers go.

“I think Nintendo Switch will put Nintendo at the forefront of the game industry once again. Their approach is quite different from anything they’ve done in the past – they’ve listened to EA, Activision, and other companies since the beginning of the Switch’s development, so we’ve been involved throughout the whole process.”

Despite the positive comments from Söderlund, EA has yet to announce any games beyond FIFA for the Switch, which has been criticised for a poor range of launch titles.

But things looks promising in that department, as Söderlund added: “Doing business with Nintendo is very important for us… We’d like to bring more and more games over for everyone.” 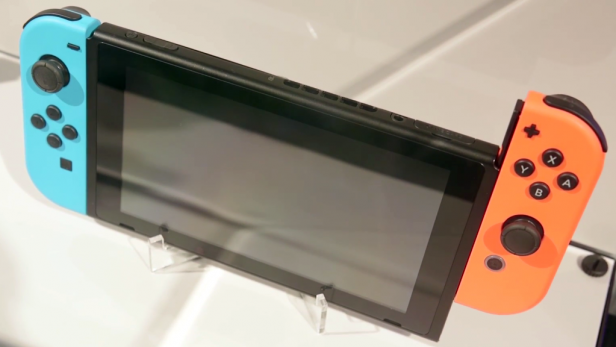 It could be that EA is waiting to see how consumers respond to the Switch before it invests in developing more games, so if we do see more EA titles arriving, it probably won’t be for a while.

That kind of measured approach certainly seems to be implied in Söderlund’s “we’ll go wherever the gamers go” comment.

For now, we’ll have to make do with the executive’s positive-sounding comments, and the range of titles already announced for the Switch, including a new Mario Kart instalment and the big launch game Zelda: Breath of the Wild.

Will you be pre-ordering the Switch? Let us know in the comments.