Denon’s latest headphone range – the GC headphone Series – is a three-strong effort made up of the AH-GC30, AH-GC25NC and AH-GC25W on-ears.

Each headphone has different features. The GC30 and GC25NC feature Denon’s proprietary FreeEdge Driver that makes use of ‘floating diaphragms’ to produce a sound with reduced resonance and “more accurate pistonic motion”. Essentially, that’s less signal distortion and a purer sounding experience. 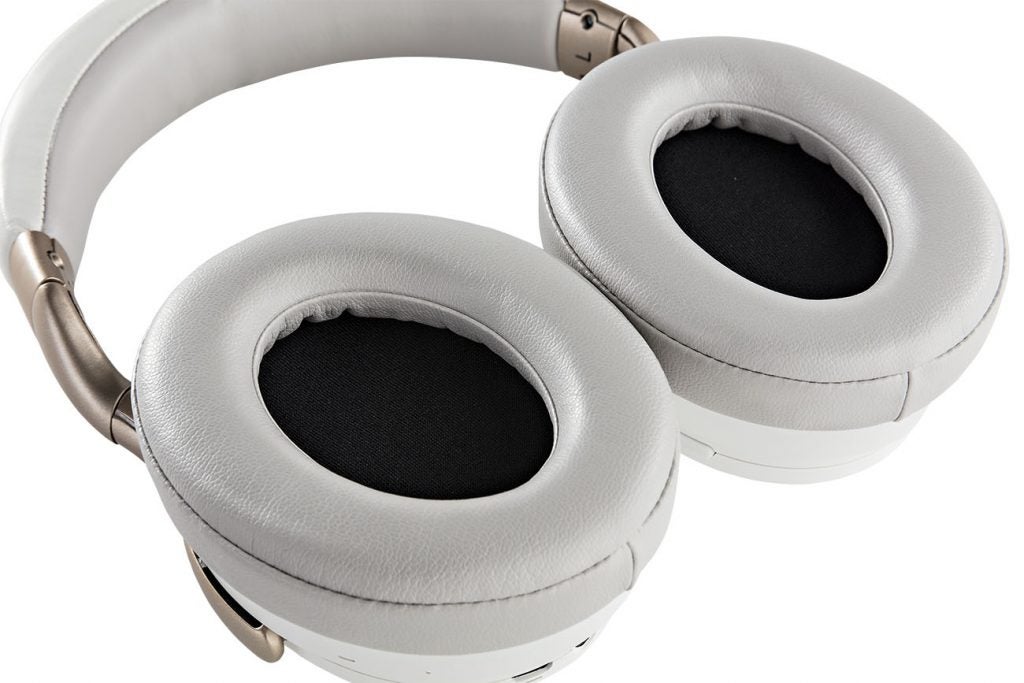 The GC30/GC25NC also include the latest generation of Denon’s active noise cancellation technology. It uses multiple microphones – four on the inside and four on the outside – to analyse and adapt to ambient noise. There are three modes tailored to different environments, so you can choose between City mode for when you’re out and about: Office for when you’re working and Flight to get rid of that annoying engine sound.

On top of that there’s also the Ambient monitor feature. A tap on the ear-case allows the user to hear any ambient sounds so you don’t miss what’s around you or any conversations you may want to hear.

All three models have ear-pads made out of memory foam trimmed in high-quality synthetic leather. Battery life for the GC30 is rated at 20 hours when using both Bluetooth and ANC. Once depleted the battery charges fully in two hours. A ten minute charge gives you two-and-half hours and 15 minutes provides four-and-a-half hours of playback.

The GC25NC battery life weighs in at 40 hours when used with ANC. For the GC30 you get 30 hours of aptX HD streaming from a single charge.

Think Denon can take on the likes of Sony and Bose? Let us know what you think on Facebook or Twitter @TrustedReviews