Ofcom has named BT, Vodafone, and TalkTalk as the most complained-about providers of communications services.

Sky Broadband is listed as receiving the fewest complaints, while consumer satisfaction with communications services is said to be at around 90%.

According to the report, when it came to Broadband complaints, BT received the most, as problems with service faults, complaints handling, and billing continued. 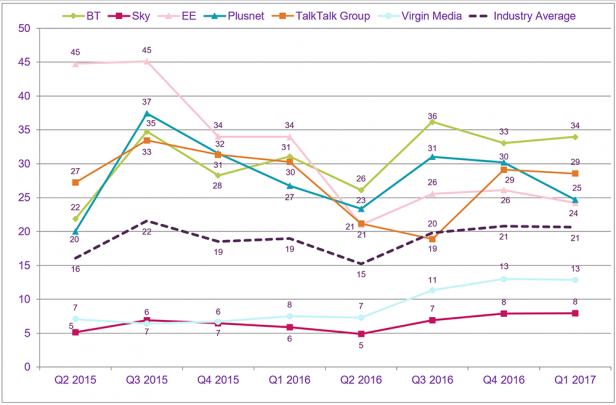 Ofcom presented the complaints data per 100,000 customers, with BT receiving 34 complaints, followed by TalkTalk with 29, while Virgin Media and Sky were at the bottom of the list with 13 and eight respectively.

For Landline complaints, TalkTalk was at the top of the list with 29 complaints per 100,00 customers, followed by Plusnet and Post Office. 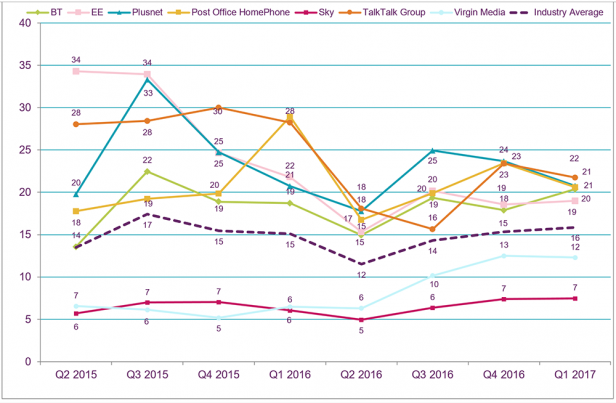 Once again, Sky and Virgin Media managed to attract the least amount of complaints for their landline services.

When it came to pay-monthly mobile complaints, Vodafone topped the list with 17, with TalkTalk and Virgin equal second with eight. 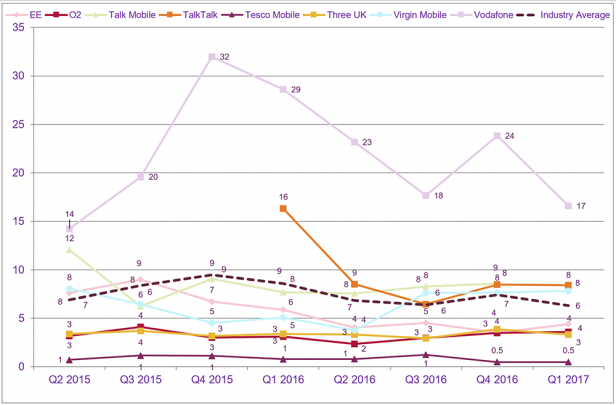 And for Pay TV services complained, BT was once again at the top spot, receiving 19 complaints per 100,000 customers, while Virgin Media received nine and TalkTalk seven. 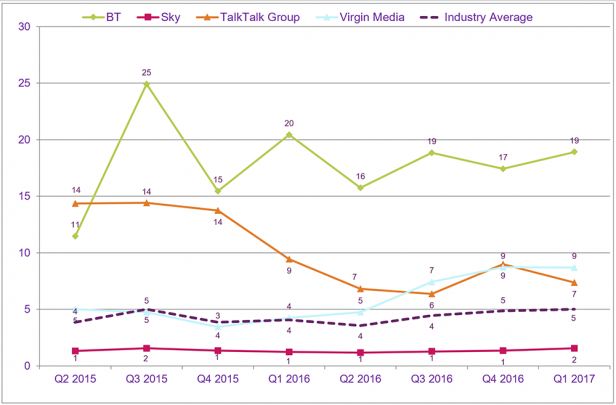 Lindsey Fussell, Ofcom’s Consumer Group Director, said: “Our report shows that, for a number of providers, there is still much room for improvement.

“Phone and broadband companies must take all possible steps to improve their complaints handling and customer service, and we expect this to be their number one priority.”

Let us know what you think of the report in the comments.