The BT Sport app is a gem of a streaming app, with its Enhanced Player jam-packed with useful and experimental features that could drastically change your entire football, boxing or rugby viewing experience (other sports are available). However, it can take a bit of time and effort to get to grips with − here’s how to get the most out of the BT Sport app.

When you select the event you’d like to watch in the BT Sport app, it’ll let you choose between the Standard Player and the Enhanced Player.

The Standard Player is very simple, and the one you should pick if you want to cast the footage to a larger screen.

However, much of what makes the BT Sport app great is built into the Enhanced Player (which is also available through BT Sport’s online player). If you’ve never tried it out before, we’d recommend doing so − it’ll unlock an array of features. The one downside is that you’re currently not able to cast it.

The Enhanced Player is available for the following sports and competitions:

The Timeline is one such feature that lives inside the Enhanced Player.

As well as letting you rewind and fast-forward through a match or event, it lets you quickly jump back to individual highlights − such as goals, near misses, and yellow or red cards in a football match, wickets and boundaries in cricket, and the start of rounds and big hits in boxing − and watch them as replays.

Better still, you can choose to view these highlights from a multitude of different camera angles, some of which may not have been shown in the main TV broadcast, or in VR or 360-degrees (more on this further down the page).

If you’re watching BT Sport on a smartphone or tablet, you can access the Timeline when you’re in full-screen mode in the Enhanced Player.

Tap your screen to see the Timeline, hit one of the tabs that appear above or below it to bring up a list of key moments, and tap the ones you want to watch back. The red ‘Multicam’ icon lets you flick between a variety of camera angles.

If you’re watching BT Sport on the web player, the Timeline will appear when you move your cursor across the screen.

That choice of different camera angles doesn’t just apply to highlights either. The Enhanced Player lets you flick between a multitude of camera angles for the live action too.

If you’re in full-screen, all you need to do is tap or click the arrow that appears on the right-hand side of the player and choose the camera angle you want from the Other Cameras menu.

Once you’ve had your fill of tinkering, you can switch back to the main feed by selecting the entry at the top of the list. 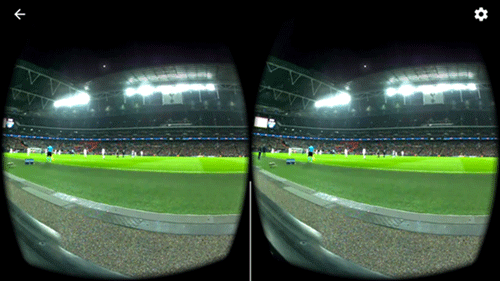 The same applies for VR and 360, which are only available through the BT Sport app. Not every game or event on BT Sport is available to view in these formats, but if it is, the option will appear in that same Other Cameras menu.

And you don’t need to have a VR headset to join in. If you do, great, but if you don’t, you can simply tune in Smartphone View, and tilt your phone or tablet around to pan around.

At a recent event, BT Sport’s chief operating officer, Jamie Hindhaugh, said he thinks the VR viewing format is better-suited to highlights than an entire event.

Also, you should be aware that VR and 360-degree viewing modes will gobble up a lot more data than a regular stream.

The Enhanced Player also offers some features that let you follow more than one game or event at once, something that comes in particularly handy on Champions League nights, when two or more huge games tend to overlap with each other.

BT Sport’s Goal Alerts will flash up on screen when a goal is scored in a different game. Just tap the alert to watch the replays of the goal − you’ll automatically return to the game you’ve been watching when the replay ends.

But if you think you’ve picked the wrong game, and fancy tuning into a different one, there’s the Match Switcher, which is indicated by a TV icon with arrows. You can access the Match Switcher (and line-ups and real-time stats) by exiting full-screen or flipping your phone into portrait mode.