The BBC has posted a detailed rundown of its recent 4K HDR World Cup and Wimbledon iPlayer trials. Here are the five most interesting things we learned from them.

Ahh, the BBC. No other organisation gets criticised quite as much or quite so fiercely, and yet it continues to fearlessly soldier on and deliver some truly world class broadcasting.

The recent sporting Ultra HD trials are an example of exactly why we need it as an organisation. It not only developed much of the technology needed to broadcast in HDR itself, but now it’s posted detailed descriptions of everything it learned from the experience.

Its public-broadcaster status might make this an obligation rather than something it’s chosen to do, but it’s hard not to appreciate the lengths its engineers have gone to, in explaining the nerdy details of the trial.

Here’s what we learned.

Although on-demand 4K content is now fairly common thanks to the likes of Netflix and Amazon Prime, live broadcasts are much rarer.

Sky has started to broadcast sport in Ultra HD alongside BT Sport, but it’s a technology that’s yet to hit the mainstream.

That’s why it’s so impressive that over one and a half million UHD streams were watched over the course of the two tournaments. We don’t know how many of these were repeat viewers, but clearly the BBC got to test its technology at scale, which was the plan all along.

The broadcaster always planned to limit its numbers in case the streams got too popular, but thankfully it only had to do so twice over the course of the trial. Once, to switch the feed to a second content delivery network, and the other time because it hit a hard limit during one very popular match.

2. England vs Sweden was the only match to hit the trial’s limit

When people first covered the announcement of the Ultra HD trial, a lot of focus was paid to the fact that they were to be “first come, first served”, and limited to just tens of thousands of viewers at a time.

As it turns out, we needn’t have worried so much. The BBC only reached its cap of 60,000 concurrent viewers once over the course of the trial, and it happened mid-way through the first half of the England vs Sweden match.

Otherwise, you could have watched any matches of your choosing in Ultra HD without too much trouble. The second most popular day (a combination of the France vs Belgium World Cup match and the eighth day of Wimbledon) attracted 10,000 fewer viewers. 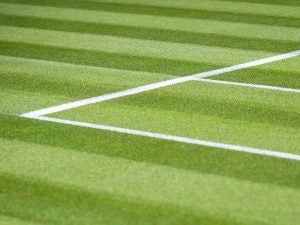 3. It’s not just you, latency really was an issue

This was a trial, so the BBC expected there to be a couple of teething issues. Buffering was one, as well as some TVs displaying the trial content far too dimly.

But the single biggest issue − the “elephant in the room” as one senior product manager described it − was latency.

Online streaming already carries with it a delay of between 30 and 90 seconds compared to traditional broadcast, but for the Ultra HD trial this ranged from 45 seconds to “a few minutes”.

It’s good that the BBC has admitted that this was a problem, but it’s going to be a tricky issue to solve when there’s this much data that needs to be transmitted. Speaking of which…

4. The trial regularly transmitted over 1 terabits of data at a time

It comes as no surprise that Ultra HD takes a lot of data to transmit (it’s got four times more pixels than regular HD content after all) but just how much it’s transmitting in total is stunning.

The BBC reports that it was regularly transmitting over 1 terabits of data at a time, which for those of you not versed in data storage quantities, translates to around 1000 gigabits or 125 gigabytes of data.

But obviously, as the amount of 4K TVs grows, the amount of data required to transmit Ultra HD streams is going to grow with them. One BBC engineer estimates that if everyone who watched England’s match against Croatia (a peak audience of 26.6 million had done so in UHD, the corporation would have needed to stream a thousand times more data, or around 1 petabit, every second.

Increases in the efficiency of video encoders will help with this slightly, but that doesn’t change the fact that a lot more network capacity will soon be required. 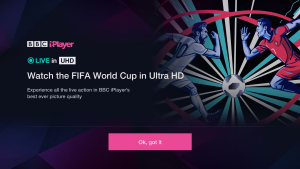 5. Even the BBC can’t tell the difference between reality and bugs sometimes

As colour gamuts increase and images get more detailed, soon you start to see things that would have been impossible to perceive previously.

But when it came to Wimbledon, the BBC still hasn’t quite worked out where the line is between subtle real world colours, and bugs in the UHD feed.

Specifically, BBC engineer Phil Layton refers to the blue tinge that Wimbledon’s grass seemed to have under intense sunlight.

It could have been an equipment issue brought about by all the new technology being used. However, Layton himself admits to seeing some blue tones in the grass when he visited the courts personally. The jury is still out.

This won’t be the last time we discover details in live events that we previously would have missed, but hopefully next time we’ll have a clearer idea of whether they’re real or not.

What did you think of the Ultra HD trial? Let us know on Twitter or Facebook @TrustedReviews.