If you’re waiting for the next Assassin’s Creed game, don’t hold your breath; the next instalment could be delayed until 2018.

In an interview with Gamespot, Ubisoft CEO Yves Guillemot has revealed that the next Assassin’s Creed title may be a long way off. When asked if the launch wasn’t necessarily going to take place in 2017, he responded: “Yeah. It will be when it’s ready,” adding: “It will be back when it’s ready. That’s when we feel we have something there.”

“What we saw in the development of the next [Assassin’s Creed] was that we had an opportunity to take it to another level. So we said we’ll take all the time it takes to make the experience fantastic. It was feasible because we have other games. There’s a huge potential in this game to revolutionise the IP, so we said, ‘Let’s make sure we change our model so we have more time and that we can bring back a greater experience.’”

The Assassin’s Creed franchise was launched back in 2007 for the PlaySation 3 and Xbox 360, and has since spawned nine making games, plus a number of spin-offs and supporting materials. The most recent main entry to the franchise was Assassin’s Creed Syndicate, a Victorian era game set in London, England. The franchise has typically followed a 12-month release cycle. 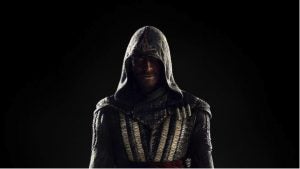 Michael Fassbender stars in a movie based on the Assassin’s Creed franchise, due out later this year

But back in February, Ubisoft confirmed that there wouldn’t be a new Assassin’s Creed game in 2016. Here’s an excerpt from the statement:

“This year, we are also stepping back and re-examining the Assassin’s Creed franchise. As a result, we’ve decided that there will not be a new Assassin’s Creed game in 2016. Since the release of Assassins’ Creed Unity, we’ve learned a lot based on your feedback. We’ve also updated our development processes and recommitted to making Assassin’s Creed a premier open-world franchise. We’re taking this year to evolve the game mechanics and to make sure we’re delivering on the promise of Assassin’s Creed offering unique and memorable gameplay experiences that make history everyone’s playground.”

Over 80 million copies of Assassin’s Creed games have been sold to date. A movie based on the franchise, starring Michael Fassbender, is set to release on December 21 this year.

Where would you like the next Assassin’s Creed game to be set? Let us know in the comments.