Photo by Mika Baumeister on Unsplash

One of the most intriguing aspects of Britain’s departure from the European Union will be which elements of EU law will be dropped and retained, and whether the UK will implement some future rulings to maintain regulatory alignment.

This will have serious ramifications in the tech industry, not least in the way the internet and some of the biggest web firms in the world are treated in terms of taxation, competition and so much more.

Today, we perhaps got our first indication of how things will play out post-Brexit, with the news the UK will not implement the highly contentious new online copyright law, which would require major tech companies to take a highly-aggressive approach to removing copyrighted material from their platforms.

Article 13 of the EU Copyright Directive refers to “protected works or other protected subject-matter uploaded by its users” and has angered web giants like Google, who have campaigned against it

Critics have said the change could threaten user-generated content like the viral memes and GIF files because they are often based on copyrighted imagery from the realm of films and TV shows.

However, in March last year it emerged memes had been “specifically excluded” from Article 13, which will see the introduction of an upload filter designed to prevent copyrighted content appearing on sites in the first place, when it comes into effect by June 2021.

The UK was one of the 19 nations who initially supported the new EU Copyright Directive, when the vote was cast last April. 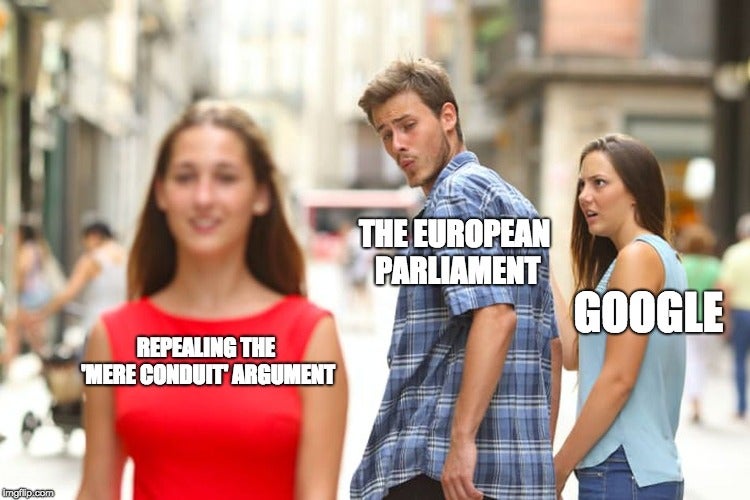 However, the Universities and Science Minister Chris Skidmore has now said it will not be implemented in the UK (via BBC).

“Any future changes to the UK copyright framework will be considered as part of the usual domestic policy process.”

The decision is hardly a surprise, given the prime minister himself, hates the new EU law.