HTC’s wearable ambitions have been long-mooted, but we’re still yet to see anything concrete from the company in that department.

Just how the company’s HTC Vive VR headset plays into this unnanounced gadget remains unclear, but it’s the first time we’ve seen such a device in any capacity.

The wearable in the filing has the model number 2PYV100, and the design details a circular shape with heart rate monitoring elements built in and RF antennas for wireless connectivity.

There’s not much more in the way of details unfortunately, but the FCC filing seems to reveal the device will be released globally. 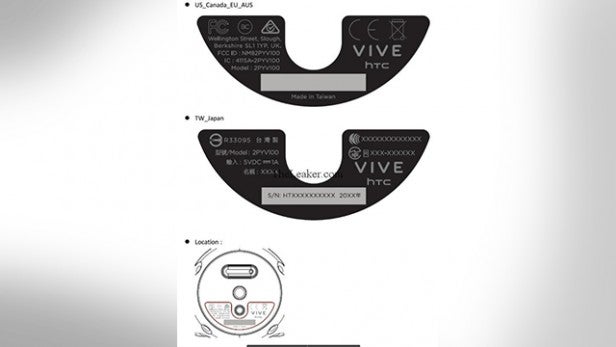 With MWC 2017 set to get underway at the end of February, it could be that HTC is preparing to reveal all at the big mobile show in Barcelona.

If that is the case, we’re intrigued to see how the smartwatch links with the HTC Vive, regarded by many, including this site, as the most comprehensive and immersive virtual reality headset available.

If this mysterious wearable does indeed work with the Vive in some way, we’re imagining a range of possible applications, from in-game step tracking to games adapting to changes in heart rate.

It’s all a bit unclear at this point, and we’re not able to verify HTC intends to release the device in question.

But MWC gets underway on February 26, and we’re hopeful HTC will have something to announce, so stay tuned for all the latest news.

Let us know what you make of the FCC filing in the comments.