Amazon Dash Buttons UK: Everything you need to know

Other big name brands now with their own Dash Buttons include Clairol, Gaviscon, Head & Shoulders, Pampers, and Tampax.

So, if you’re desperate to perform one of those science experiments with Mentos and Coca-Cola, and can’t possibly drag yourself to the shops, Amazon has you covered.

Gratuitous sarcasm aside, the Dash Buttons are a great way to stock up on household goods when you’re running low.

As with previous Dash Buttons, the new batch of units cost £4.99 each, but come with the same amount in credit for the associated brand.

What are Amazon Dash Buttons?

When Amazon first announced its instant-ordering Dash Buttons back in 2015, we honestly thought it might be an April Fools prank, but it turns out they were real, very real indeed.

Amazon Dash Buttons promise to revolutionise how we shop, but how exactly do they work and why should you care? Let us explain.

Amazon Dash Buttons are simple, single button units that can be stuck or hung anywhere around your house. When connected to a Wi-Fi network and pressed, they order a single commonly stocked item from Amazon. Buttons cost £4.99 a pop, but you get a £4.99 ‘discount’ on your first Dash order, making them essentially free.

The idea is that you place them strategically around the house, so you can easily order more toilet paper when you’re on the bog, stock up on coffee pods in the kitchen, and so on. Each button is individually branded with a specific company’s livery, reflecting the device’s singular purpose.

As we mentioned, there were 40 supported brands for Amazon Dash’s 2016 UK launch, with the number now having risen to over 65.

As Amazon has your details on file, you don’t need to do anything else. Just press the button, and the linked product will be delivered using your 1-Click ordering preferences for shipping address and payment method. 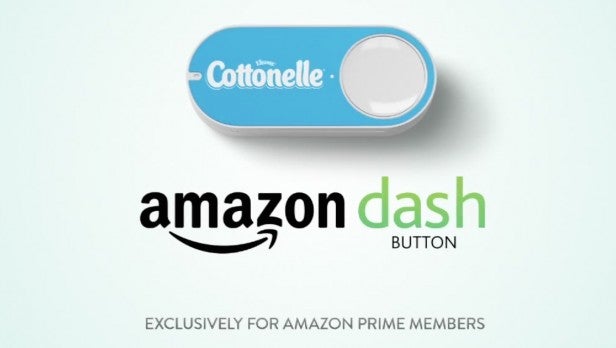 The Amazon Dash buttons are incredibly easy to set up. After grabbing the most recent version of the Amazon shopping app for iOS (or Android), you can be up and running in a matter of minutes.

First up, I decided to grab the most important Dash Button – the one for delivering fresh toilet roll. It was just a case of opening the Dash Button section of the app, confirming my home Wi-Fi connection and then holding the Dash Button down until the blue light flashed.

Next you have to pair the button to the your, which makes a neat sci-fi/dial-up-internet-style buzzing sound while completing the task.

Next, you need to select the product you want to associate with the button every time you press to reorder. I selected my item, confirmed payment and shipping information, then affixed the button – there’s adhesive or a rung to place on a hook – next to my toilet. (I mean, where else, right?) 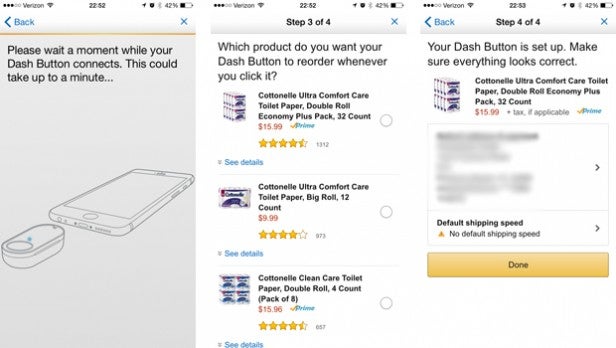 After pressing the button for the first time late on a Friday night – yes, I spent my Friday night ordering toilet roll from the internet – a green LED light flashed to confirm the order.

I instantly got a notification through the app and an email. Pretty nifty. There are a lot more high-tech items in my house, but this feels pretty cool and futuristic even though the tech behind it is relatively simple.

There are safety measures built in, too, with your Amazon Dash unit programmed to only result to the initial press, unless otherwise specified. You’ll also get an order alert sent through to your phone whenever one is raised, which will enable you to cancel any erroneous inputs resulting from curious children.

Amazon’s Dash Replenishment Service takes things one step further, letting products with IoT capabilities automatically register the need to re-stock, so you can be shipped your essentials without even pressing a button.

Some of the participating manufacturers include Samsung, Bosch, Whirlpool and Brother. Has there ever been a more tantalising prospect than finding printer ink on your doorstep at exactly the right time?

Don’t want bits of plastic cluttering up your humble abode? Not to worry, as in January 2017, Amazon introduced Virtual Dash Buttons.

These live on Amazon’s website and app, surfacing shopping suggestions based on items you recently or frequently order. Just like with physical Dash Buttons, tapping a Virtual Dash Button places an order with a single click.

Better still, they’re completely free to use, so make for an ideal jumping off point if you’re intrigued by the prospect of Dash Buttons, but aren’t ready to go all-in.

Note that Amazon Dash Buttons are available exclusively to Prime members. Think they sound pretty neat? Hit the link below to get a free 30-day Amazon Prime trial and check them out for yourself, no strings attached.

In June, Amazon brought 20 new Dash Buttons to the UK, bringing the total number of brands to 65. Given most brands have a few products from their range available, it means UK shoppers can get hundreds of items delivered to their door with just a single press.

Overall, the most useful Amazon Dash buttons will vary depending on your living situation.

However, it seems cleaning products will be at the top of most folks’ lists. They’re the things you forget to buy at the supermarket when you’re distracted by the beer and chocolate isles. So, the likes of Andrex, Ariel, Finish, Fairy, Detol, Lenor and Vanish have proved to be popular selections.

Toiletries and beauty products from the likes of Gillette, Right Guard, Wilkinson Sword, Listerine, Olay, Rimmel and Neutrogena will keep you looking and smelling good.

Speaking of smelling, if you have a new baby at home then Huggies and Johnson’s Baby products will require constant replenishment. The former has 21 products to chose from, while the latter has just one.

A Huggies Dash Button on the nappy bag seems like a great idea, for example. It’s not like you can just nip to the shops when you realise you’ve run out.

Same goes for the Durex Dash Button. If you’d had one of those, maybe you wouldn’t be up to your elbows in baby poop in the first place, amirite? 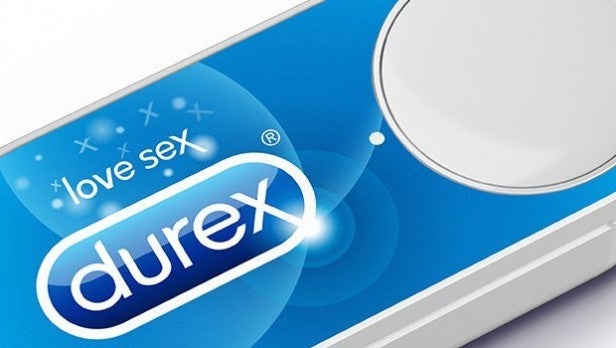 Amazon is reporting that beyond the listed cleaning brands, Gillette (32 products), Nescafé Dolche Gusto coffee capsules and Whiskas cat foot are the currently the most popular.

Of the new breed, we’re expecting batteries from Duracell (next to the Xbox One perhaps?) and, of course Heineken being among the most popular.

When I told people about the Dash buttons, their first response was “Can you program them to order anything?” The answer, of course, is no. But wouldn’t that be something? If these were ubiquitous and could be programmed to order anything, having a few of these around the house would be damned handy.

For the guitarist who’s just strung his spare set, or for the home brewer who always likes to have extra yeast on hand. Socks. Most people need more socks most of the time, right?

Unfortunately, a programmable Dash Button isn’t in the immediate future, so who are these things for in their current form? Rushed parents, lazy bachelors and bachelorettes, generally forgetful humans and slaves to the leading brands who’re willing to pay whatever the cost for the ultimate convenience.

If you fit one or more of those categories then the Dash Buttons are amazing. Fill your house with them immediately.

Have you been using Amazon’s Dash Buttons? Which have you found most useful? Drop us a line in the comments section below.