Tempted to pick up a new TV to get you through lockdown? Well there’s never been a better time as Disney Plus, Netflix, Apple TV Plus and pretty much every other streaming service are throwing out awesome new shows at a near frenzied pace.

The recent arrival of the shiny new PlayStation 5 and Xbox Series X/S mean that a new TV is also a great investment for any gamer, with most of the consoles requiring a new top of the range TV with HDMI 2.1 to work.

But, with so many new TVs to choose from, each with spec sheets longer than King Lear’s script, you may justifiably be wondering which set to get. Here to help you save time, and your sanity, we’ve detailed five clear reasons why you should pick up a new Sony BRAVIA XR from Currys PC World as your next TV. 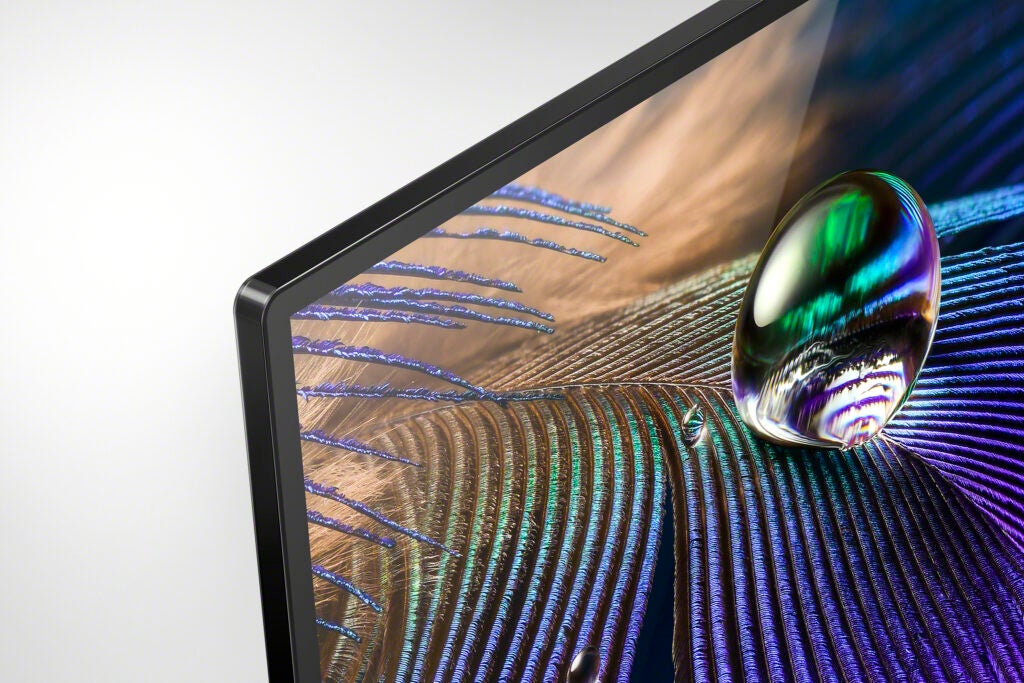 1. There’s a BRAVIA XR for everyone

Sony’s BRAVIA XR line is one of the best we’ve seen in ages, featuring numerous TVs covering multiple sizes, user cases and price points. Make no mistake, whether you’re a gamer, cinephile or early adopter looking to jump to 8K ahead of the masses, there’s a new BRAVIA for you.

Fancy having the biggest, highest resolution TV possible? Then the MASTER Series Z9J 8K Full Array LED has you covered. Available in 75 and 85-inch models this top end telly is one of the first series to make the jump to razor sharp 8K resolution, making it a top choice for enthusiasts.

Happy with 4K but still want the best picture quality possible? Then you’ll want to take a look at the MASTER Series A90J. Available in 55, 65 and 83-inch options, these are Sony’s latest flagship OLEDs and best and brightest OLED ever made. A top purchase for any cinephile looking to do justice to 4K HDR content as well as anything else you want to watch.

Want an OLED, that doesn’t break the bank? Then the A84J OLED is a solid bet. Its not a MASTER Series but does share many of the features of the flagship A90J including the BRAVIA XR Processor. Its size caps out at a still respectable 77-inches, but the 84J remains a fantastic option for buyers looking to make their first jump to OLED. It’s available exclusively at Currys, and can be picked up here.

If OLEDs are a little too expensive then the X95J/X94J 4K LED series, are your best port of call. Though they have Full Array LED, rather than OLED panels, the TVs share a common DNA with their more expensive siblings, making them a great choice for buyers on a budget! The X94J is exclusive to Currys PC World. 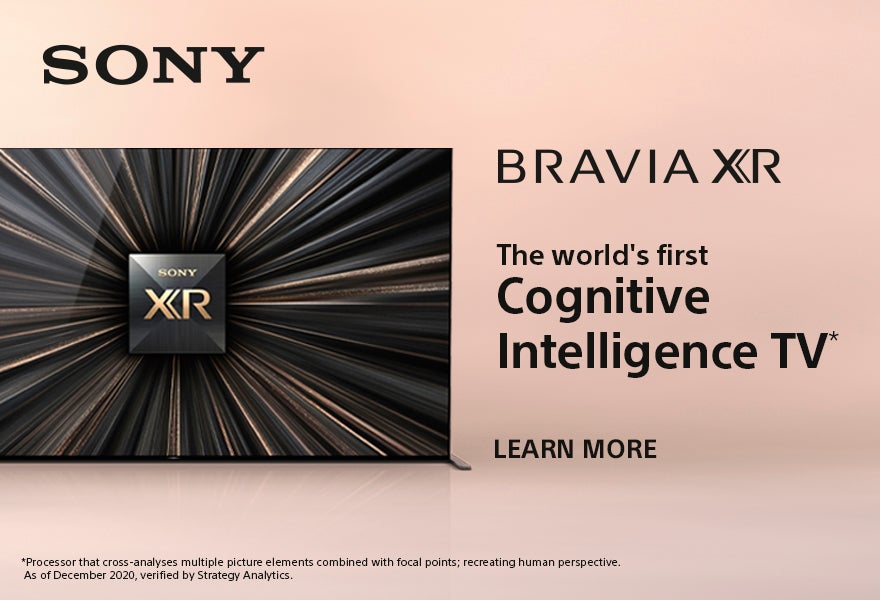 2. The BRAVIA XR are “the world’s first cognitive intelligence televisions”

One of the biggest selling points for all the new BRAVIAs is the new Cognitive Processor XR which understands how we watch TV, cross referencing everything from where we’re focussing to what we’re listening to. They then analyse the information using next-generation Cognitive intelligence to optimise every pixel, frame and scene to create the most realistic, true to life image possible.

This ties into the super impressive XR contrast technologies using clever processing techniques to offer brighter highs and inkier blacks than any other TV. Meanwhile XR Triluminos Pro expands the range of colours the TV can display, making the picture look as true to life as possible. You’ll also get XR 4K Upscaling which recreates any lost detail in everything you watch and XR Motion Clarity ensures you’ll see everything crystal clear no matter how fast the action is on screen.

Trust us you’re not going to find a smarter TV line than the BRAVIA XR range. 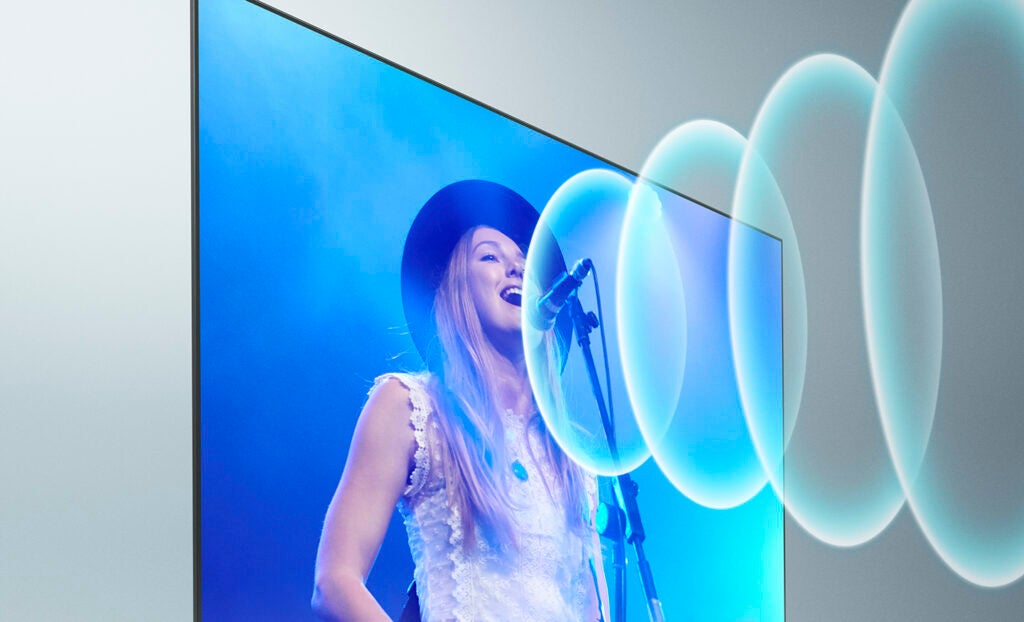 3. They all offer picture perfect sound

As ever when buying a TV, sound’s just as important as picture quality if you want the ultimate movie watching experience, and here is where the BRAVIA range also excels.

Sony’s OLEDs use cutting edge “in-screen” speaker tech. This is a clever Acoustic Surface Audio+ custom technology exclusive to Sony that lets the TV use the screen panel as a speaker, providing robust audio that matches what you see onscreen. Where as Full Array LED models (X90J, X94J, X95J & Z9J) use Acoustic Multi Audio which cleverly places speakers all around the screen providing you with a truly immersive experience. 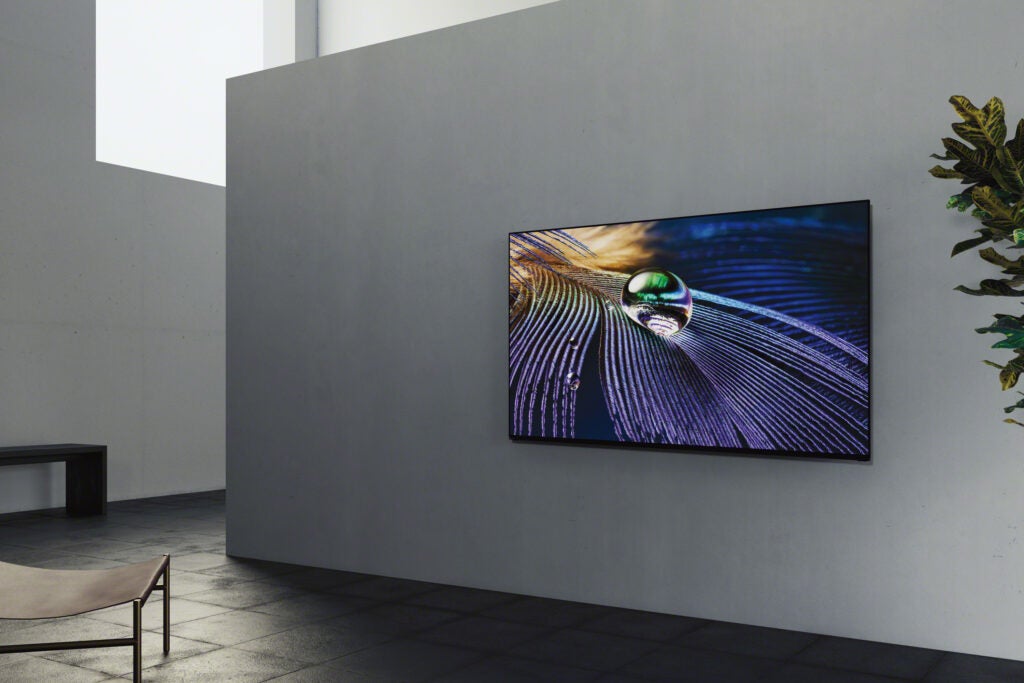 4. BRAVIA CORE means you’ll always have TV and movies that do the screen justice

Having a great screen means nothing unless you have top quality content that does it justice and here, thanks to the inclusion of BRAVIA CORE, Sony once again has you covered.

BRAVIA CORE is a custom technology and service designed to bring a cinema level viewing experience to your lounge. It means that all BRAVIA XR models will come with either 24 months (Z9J, A90J) or 12 months (A84J, A80J, X95J, X94J and X90J) of BRAVIA CORE included, giving you access to a selection of titles from Sony Pictures Entertainment’s “premium and classic” films and the largest IMAX Enhanced library available anywhere.

The majority of titles will offer lossless 4K Blu-ray quality streaming up to 80Mbps using Sony’s Pure Stream technology. To non-techies this means they will look outright amazing compared to what you’ll find on Netflix and Disney Plus. 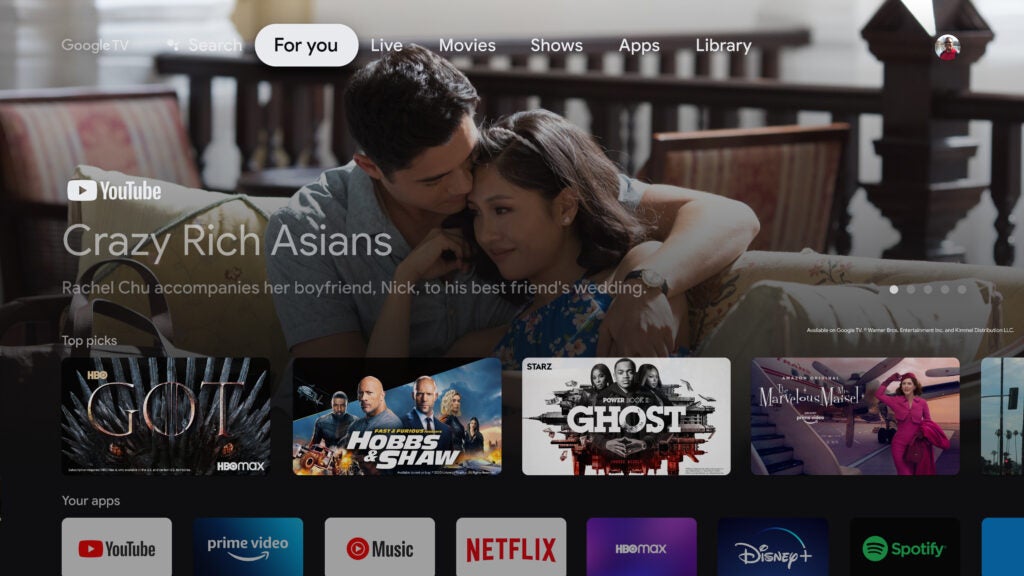 5. They have one of the most intelligent UIs you’ll find

It’s not just about picture quality. The BRAVIA XR range also fixes one of the biggest issues we find with most TVs: terrible user interfaces. They do this by utilizing the new Google TV platform, the next evolution of Android TV. The interface removes the need for you to constantly jump between apps when scrolling for content by offering a single overview of your recommendations from all your streaming services.

This means you can see things like recommended action movies on Netflix, or documentaries on Amazon Prime in one easy to use place, without having to jump between apps. The service is also smart enough to sync across devices, so you’ll be able to pick up watching a show you started on your tablet in bed on your shiny new TV the next morning with zero hassle. Explore over 5,000 apps on the Google Play store, and with Google Chromecast (Android or iOS) and Apple AirPlay (iOS), you can cast from your iPhone, iPad, Android device, or laptop, straight to the TV. Interactivity has never been easier.

These are the five main reasons you should definitely pick a Sony BRAVIA XR as your next TV. You can grab A90J at Currys PC World and we’d recommend doing so sooner rather than later. If you want to learn more about the A90J, you can jump on over to this video.