With Christmas being the perfect time for a cheesy movie or two, we’ve compiled our top three of the worst streamable Christmas films you simply have to watch and experience for yourself from Netflix, Prime Video and Now TV.

If there was ever a perfect time to watch a slightly cringe-worthy, sickly candy cane sweet film it’s around Christmas, when just about every streaming service is taking a hack at producing their very own Hallmark-flavoured festive feature.

Whether a Netflix or Prime Video original, or simply one Now TV has decided to take under its wing, there are a ton of pretty god-awful Christmas films out there. We’ve handpicked some of the worst, and simultaneously best, festive films to stream online this Christmas. 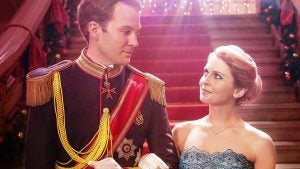 Perhaps one of the best examples of the genre, A Christmas Prince is the first of a  series of Netflix Original films that centre around the blossoming relationship of a seemingly unremarkable girl and a dashingly good looking prince. Quickly followed by a film about their subsequent marriage and then first child, shouldn’t comes as much of a surprise that the festive franchise became so popular when Brits are at their best when spectating royals.

The trio (so far, anyway) of A Christmas Prince films are a fitting embodiment of our obsession with an outlandish royal love story. Taking a slightly more over-the-top and Americanised approach, A Christmas Prince follows journalist Amber Moore as she is sent to the fictional Aldovia to uncover the secrets of its next in line to the throne, the generically handsome Prince Richard.

In classic fairytale tropes, the King has tragically died, leaving his misjudged bachelor heir, Prince Richard, to take the thrown. Battling coming to terms with such responsibility, Prince Richard meets Amber while she’s under the guise of his younger sister’s tutor – classic, albeit in breach of several journalistic codes of practice. Frolicking in the snow ensues and, ultimately, they fall in love. It’s festive, it’s cheesy and it’s essential watching for those who love a bit of royal gossip. 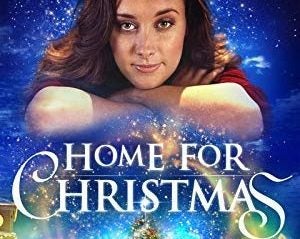 Looking for something a bit more quintessentially British? In other words, filled with awfully posh accents and painfully long, awkward pauses? Home for Christmas might just be for you. In all its low-budget glory, Home for Christmas is set in Brighton and has all the makings for your typical rom-com with its main character, Beth Prince, a hopeless romantic, completely enamoured with the idea of finding her own happy ending.

Working in the somewhat tired local cinema, she binges rom-coms like they’re going out of style, wishing for her own Ryan Gosling-leading man kind of love story.

Sounds pretty good, huh? Well, the acting’s not and it definitely feels like it has every bit the cheesy Christmas plot line you’ll see coming from a mile off. That said, it’s quite fun and there is definitely something about it that feels like home – namely that it’s got British actors and a British setting that just makes it that bit more cosy for UK viewers. 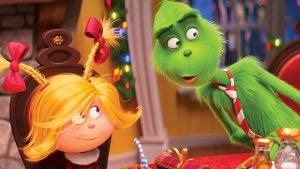 Perhaps not as terrible as the garish movie of Dr Seuss’ Grinch featuring Jim Carrey, it still comes candy cane loaded (that is, sickly sweet). In this computer animated reboot that no-one asked for, we meet all the familiar culprits, including the Grinch (voiced by Oscar-nominated actor Benedict Cumberbatch), Cindy Lou and the Grinch’s dog, the much-loved Max.

Taking on much of the original storyline of the book, the story follows a heartless Grinch with a clear vendetta against the festive holidays. Meanwhile, Cindy Lou, in an astonishingly selfless act from a child, just wants Santa Claus to help her single mother, who is overworked looking after Cindy Lou and her twin brothers. Realising that the North Pole is much too far away, Cindy Lou plans to trap Santa instead, all while the Grinch is hatching a plan of his own; he wants to steal Christmas from Whoville.

While it’s hardly a new story, it is heart warming and it does hold the very elements of Christmas, so we’ll look past it and give it a watch this Christmas.

Contact via Twitter
Commercial Content Writer
Alice graduated with a BA in Journalism from the University of Westminster in 2016, and has written for teen pop culture site Maximum Pop, as well as My Favourite Voucher Codes. With a knack for findi…