It’s A Wonderful Life is one of those films that you can’t escape a mention of during the festive season. It’s become a staple of Christmas TV and often makes an appearance in cinemas, but it’s a film I must admit to having not seen before.

That confession is often greeted by a surprised look by others, and despite the classic status it holds, it’s never been a film I’ve eagerly sought out.

It pretty much failed upon release in 1946, struggling to make an impact and losing money at the box office. Like the film’s central theme, you could imagine a world where It’s A Wonderful Life disappeared from sight. After watching the film, it’s a future probably not worth contemplating.

But succeed it did, nominated for five Academy Awards and appearing on the AFI’s list of the greatest ever American films. With it this recent re-release seeing it remastered in 4K at the grand old age of 73 – there’s no better time than to give it a first watch.

It’s A Wonderful Life sees Jimmy Stewart’s George Bailey become frustrated by what life has thrown at him and ends up in a rather severe situation on Christmas Eve, 1945. The prayers of his family and friends reach Heaven, where an angel (2nd class) called Clarence Odbody (Henry Travers) is sent to earth to rescue George from his predicament.

It’s A Wonderful Life is a film where even if you hadn’t seen it, the shape of the story and its characters feel familiar, likely due to its influence on films that have followed it since.

Its politics are interesting to say the least, with the population of the town of Bedford Falls essentially helping each other through the Bailey family’s Buildings and Loans institution. The antagonist of the piece (Lionel Barrymore’s Mr Potter) is a capitalist without a sentimental bone in his body, who wants to purchase every part of Bedford Falls to profit on the population. 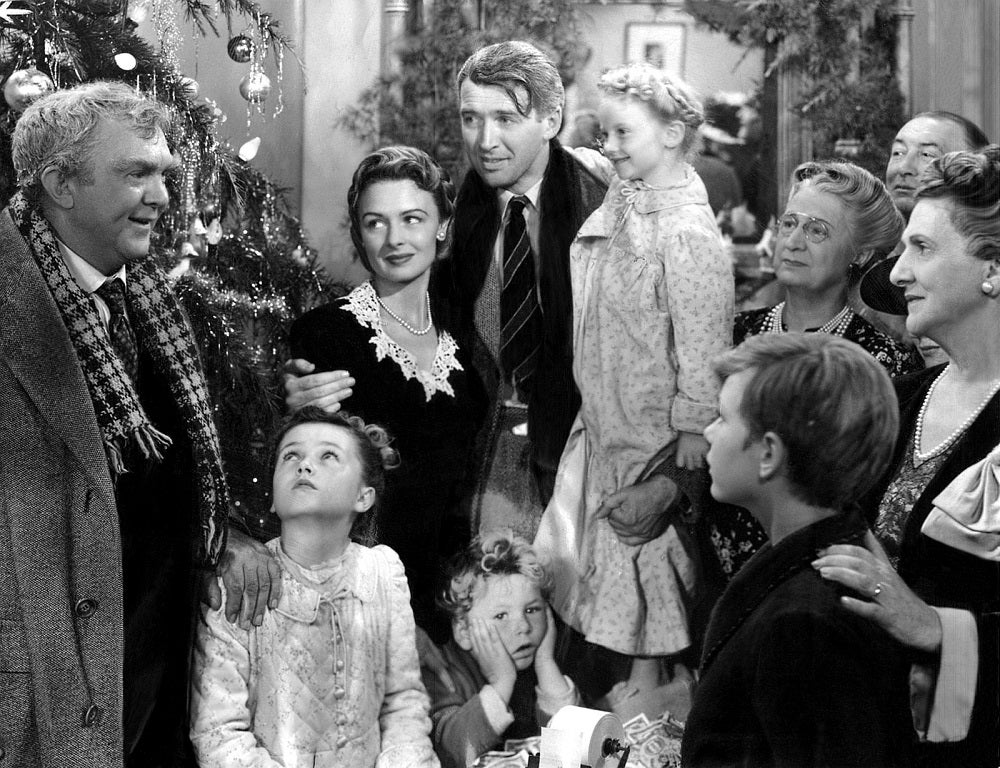 The story lends itself to a tone that’s darker than its reputation would have you think, which becomes more of a surprise after it’s charming opening. The story of George Bailey, a caring and positive soul weighed down by his obligations to a town and a life that – in his mind – isn’t the adventurous one he sought, is the kind of story that most, if not all of us, can relate to.

It’s a drama, but also a fantasy and the ways in which these genres mesh together is almost seamless, producing an uplifting tale that argues there’s always value in a life, even if it’s not the one you expected to have.

It’s a simple story, but rendered so capably and effectively by the cast, Capra’s direction and the tone. If you’re like me and had somehow missed It’s A Wonderful Life, this release offers a great opportunity to see it at its best outside of catching it on the big screen.

There’s arguably not a huge amount to say about a black and white film, but It’s A Wonderful Life serves up an excellent image nonetheless.

This film was restored by Paramount Pictures, scanning the original negative as well as elements from two fine grain negatives that were made afterwards. The restoration process is explained in one of the extras (Restoring a Beloved Classic in 4K), which provides insight into process, but also how badly the original nitrate negative had deteriorated.

It’s been mastered in native 4K HDR10 and Dolby Vision, with the former reviewed. Shot in 1.37:1, they are black vertical bars either side of the picture.

From the off, grain is perceptible but resolves over the course of the film to the point where you forget it’s there. For those who like the appearance of film grain, it’s a pleasing look. For those trained to see things from a clean, digital perspective, the presence of grain is refined, not distracting and appears true to the film’s original intent. 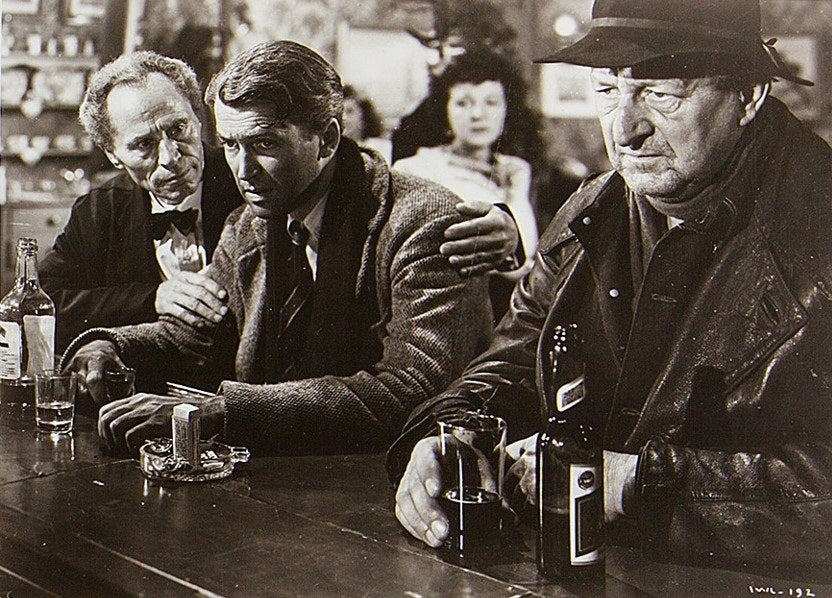 The HDR pass accentuates the deepest and brightest parts of the image. Blacks are pitch black; the dress Donna Reed’s Mary wears in latter part of the film is bold, strong and arresting. In fact the ‘alternative universe’ part of the film offers more pronounced and harsher blacks in general, as if to imply just how bad things have come for George, and that’s really given more character in this release.

Detail is excellent, with the textures of clothes, surfaces even the stubble/beards on faces impressively translated to 4K. Clarity is, again, excellent, as is sharpness and saturation of colours, and although the cinematography produces some soft images in some moments, these appear to be deliberate and are likely a feature of films made during this era.

Perhaps the best aspect of this transfer is just how easily discernible the greyscale palette is. There are more shades of grey to find in this transfer, producing more in terms of depth and colour, if you can call it that.

It’s A Wonderful Life gets a wonderful transfer for its 4K release. This is arguably the best this film has ever looked. If you query whether black and white films need to be released in 4K, this will answer any questions you have in the affirmative.

It’s A Wonderful Life leap onto 4K without an immersive surround sound track, but neither Atmos or DTS:X are needed at all.

The onus here is on the dialogue and that’s provided by a very simple Dolby TrueHD 2.0 presentation. That’s not to say it’s bad at all. In fact it’s perfectly fine and does just what this release requires.

As a result this is a film that only really uses the front channels, with the rears (if you have any) there to fill in the soundscape, but there’s no specific activity of note. Dialogue is centred, with a nice sense of clarity to the presentation. It’s not particularly spacious, but nor does it feel cramped either.

You could probably use your TV’s speakers and that will suffice, but as well always, we’d say that a soundbar is the bare minimum to give the film more solidity and clarity in its delivery.

A fantastic, uplifting film gets a memorable 4K release. If you haven’t seen it already, the 4K release is the best way to enjoy this film for the first time.