New Year, new resolutions – and new TVs on the horizon. But what innovations can we expect from this latest batch of screens?

Every year, TV manufacturers seek to build on the previous models, introducing new concepts to the market. Last year saw Panasonic and Philips bring support for both Dolby Vision and HDR10+ (Panasonic also revealed the HLG Photo format). Panasonic also took a long, hard look at the sound for its flagship TV, the result of which was the GZ2000, the first TV to market with upward-firing Dolby Atmos speakers.

With the TV sector constantly moving, and rumours percolating ahead of major industry events such as CES, there are always some surprises in store. We’ve looked into our magic 8-ball to anticipate what we might see happen in the world of TVs in 2020. 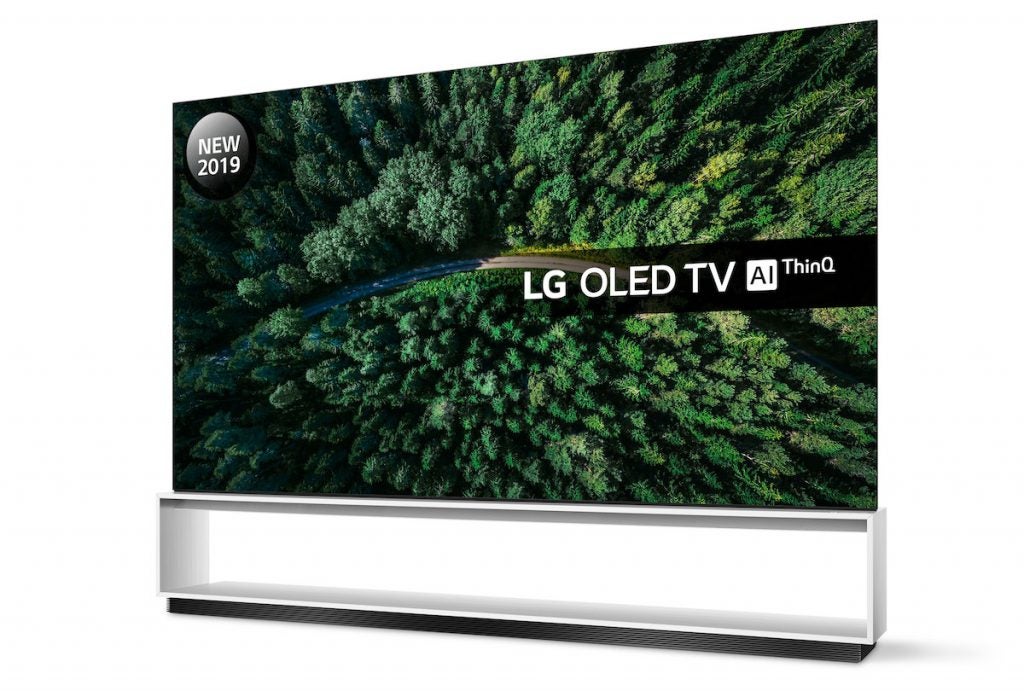 8K TVs are on the way. The biggest hurdle such models have to overcome is cost.

Right now, 8K TVs are expensive. Regardless of the arguments as to whether or not you need an 8K screen, affordability is key if they’re to gain traction. Sharp, Hisense and TCL have all demoed 8K TVs; LG, Samsung and Sony have actually released 8K TVs to the market, the cheapest of which is Samsung’s QE55Q950R at £2999.

Expect prices to come down as manufacturers become more efficient and economies of scale take effect. We have a feeling that at CES we will see some more aggressive pricing to drive consumer adoption. With not long to go before the Tokyo 2020 Olympics, which Japanese broadcaster NHK will show in 8K, we could see some other TV brands break into the 8K market too.

Personalised sound for your TVs 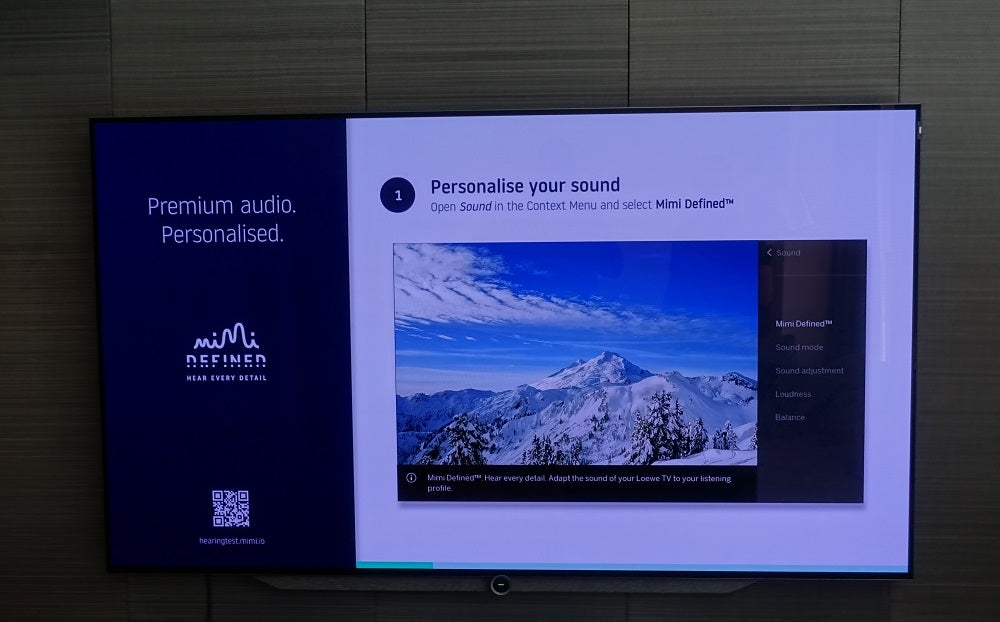 One feature demonstrated to Trusted Reviews last year was personalised audio. It was set up with a Loewe TV, but since the German brand shut down its TV operation in July 2019, it didn’t have the desired impact.

The personalised sound technology was developed by Mimi Defined, and it determines how good your hearing is through the Hearing ID test. This allows it to be optimised for each individual who watches TV, with the ability to set up multiple profiles.

Pick your profile and the TV adapts the sound in real-time, choosing which aspects of the sound to amplify depending on your hearing ability. The Mimi Defined audio feature boosts the sound without the listener having to resort to turning up the volume – which could damage your hearing. Could 2020 see other TV manufacturers integrating this feature or a similar one in their own TVs? 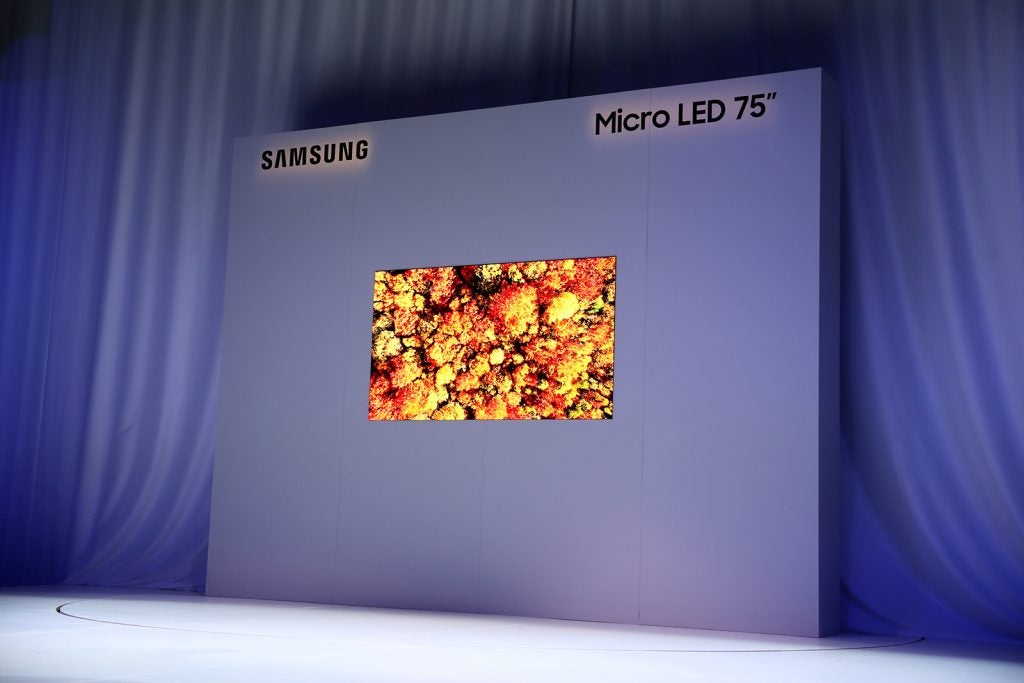 Samsung’s QLEDs are the rivals to OLED, but the Korean brand has also been looking to the future for new panel technology. One such path is Micro-LED, and the other is QD-OLED. The latter isn’t expected for another few years yet, but there are rumours that Samsung is about to ramp up its investment in Micro-LED TV technology in 2020.

In short, the benefits of Micro-LED are greater power efficiency, improved brightness and better colour saturation. The issue right now is getting that technology to work consistently without damaging LEDs, which is a problem with smaller sets. Samsung currently only has 146-and 75-inch versions on display and these are for commercial use rather than home entertainment.

If the company really is thinking about trialling for mass production in 2020, perhaps it has solved that conundrum.

Samsung adopts HDR10+, and since it’s one of the principal backers of the HDR format, we can’t see that changing.

LG and Sony are in the corner of Dolby Vision, and it’s currently unlikely that LG will change its mind to support a Samsung-developed format considering recent… disagreements. Panasonic and Philips support both – which is the model for the future, since it creates far less confusion for consumers. 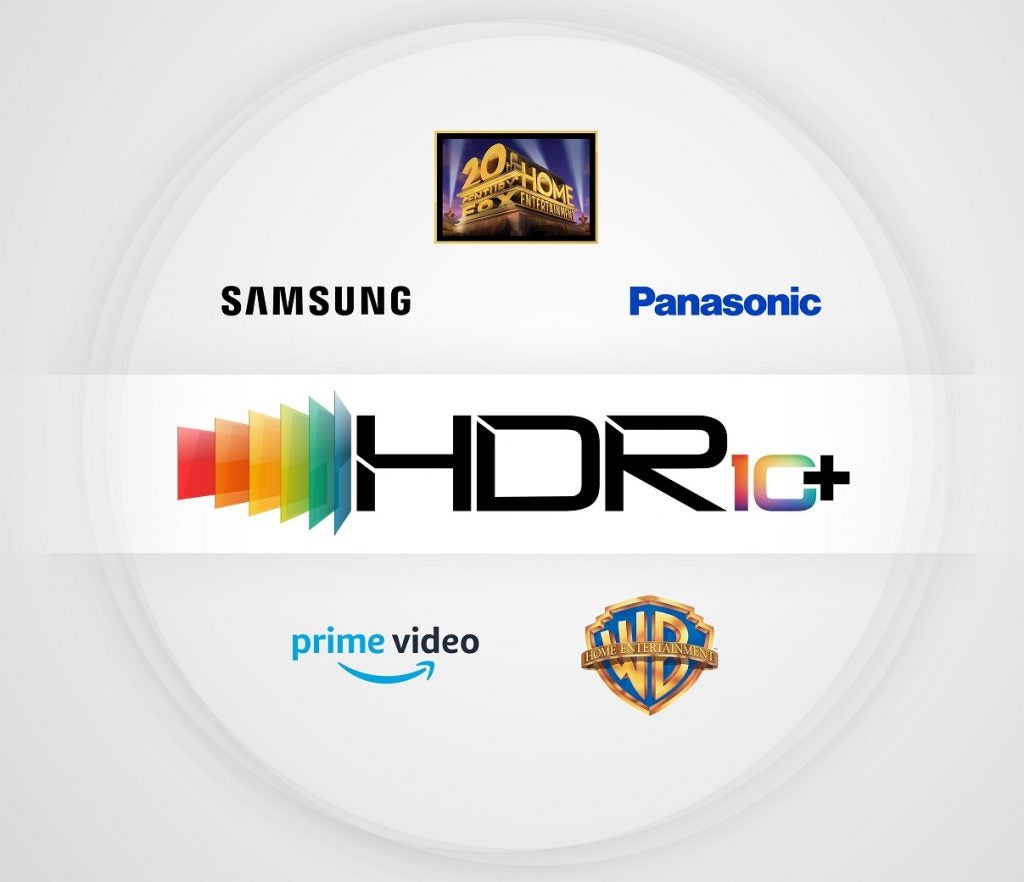 Content in both formats is increasing, with more 4K discs now available that support both formats – Godzilla: King of the Monsters, The Shining, Robin Hood, The Wizard of Oz, Hobbs and Shaw. For streaming players, there’s the Roku Streaming Stick+ and the Amazon Fire TV Cube/Fire TV 4K, which also support both.

It’s all rather thorny and knotty. There remains the possibility that Technicolor’s Advanced HDR will hit the market. The HDR format “war” will trundle on, but 2020 could see it becoming either more complicated – or as close to an outright victor as is possible. 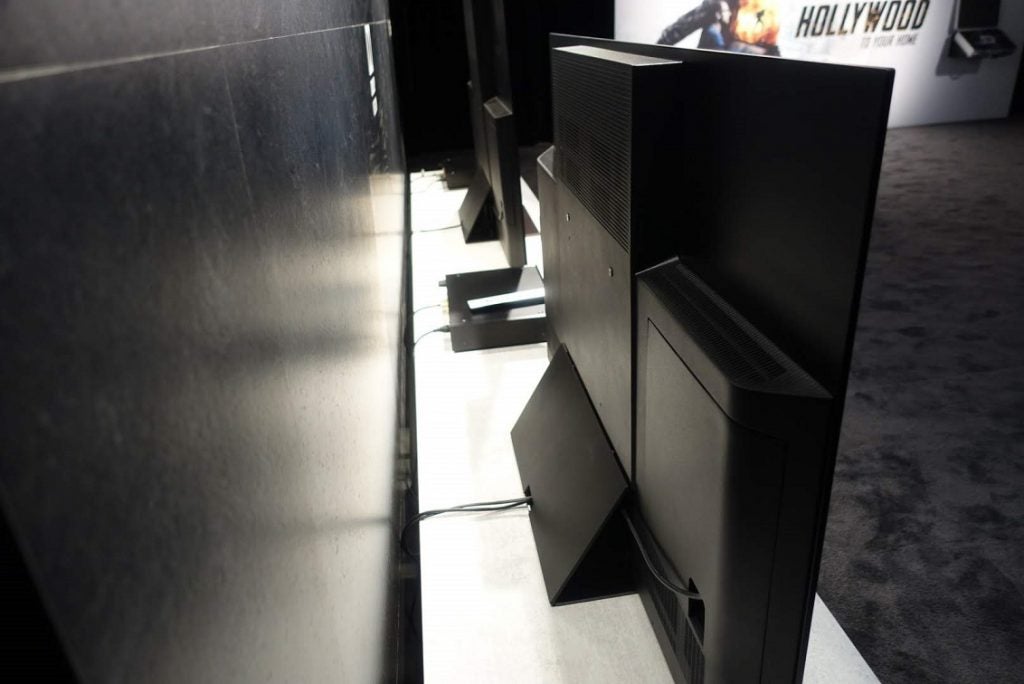 One of the banes of the modern TV experience is that there isn’t much space for audio speakers in a flatscreen TV.

This has changed over the past few years. Panasonic’s FZ952 OLED included an integrated soundbar, and that was followed by the upward-firing speakers on GZ2000. Philips has gone down the route of partnering with audio heavyweight Bowers & Wilkins to develop integrated soundbars/systems for its OLED+903, OLED+934 and OLED+984 TVs.

Sony has taken a different path. Its Surface Acoustic technology vibrates the screen to create an impressive sound. LG’s AI Sound turns audio in a virtual 5.1 mix and produces a much bigger soundscape than you’d expect. Bang & Olufsen’s gorgeous system sees its audio speakers fold together; they can be used as a stereo system when the TV is off.

The problem with all these examples is that they’re only available on the premium TV sets. Mid-range and lower-end TVs make do with a sound that lacks bass, depth and refinement, requiring an external audio system to improve matters.

Perhaps this won’t change with the 2020 ranges, but we’d hope that manufacturers are looking at offering better solutions on their more affordable sets.