Microsoft has released the Surface Laptop Studio, but how does it stack up against the king of professional laptops, the MacBook Pro?

The Surface Laptop Studio comes in as the predecessor to the Microsoft Surface Book series, with the ability to use the device as a high-performance tablet, or a laptop. But how does the latest Microsoft offering compare tp one of the best laptops available right now?

We’ve reviewed both laptops, so here’s our guide on how the Surface Laptop Studio compares to the MacBook Pro. It’s worth noting that while we have reviewed both the 16-inch and 14-inch MacBook, this versus will focus more on the 14-inch laptop in order to ensure a fair test.

We will kick off with the Surface Laptop Studio, which comes in five configurations. Each configuration and its price is listed below:

The 14-inch MacBook Pro, meanwhile, is a little more complicated. It comes in two flavours, with either an M1 Pro or M1 Max processor.

The pricing varies depending on the chipset, storage, memory and power adaptor, with the pricing below showing the baseline specifications for the 14-inch laptop:

These prices reflect the lowest specs for each processor, though each MacBook can be configured with up to 8TB SSD storage and either 32GB or 64GB of memory.

Either way, both the 14-inch MacBook Pro and the Surface Laptop Studio are pretty evenly priced, although you can spend a lot more money packing out the MacBook Pro.

Looking at the design, the Surface Laptop Studio is the most interesting, with a screen hinge that means it can be used as a clamshell laptop or a tablet. It does weigh in at 1.7kg, with our review noting that it’s too heavy to be used as an on-the-go tablet.

We also noted that it feels pretty robust, with the ability to flip the screen into a variety of positions that work well for productivity or creative work.

There are two USB-C ports (Thunderbolt 4), a Surface Connect port and a 3.5mm headphone jack, as well as a 1080p resolution integrated webcam that our reviewer really liked.

In terms of typing, the Surface Laptop provides a proper keyboard, with a combination of a solid deck underneath that’s comfortable to use.

Moving over to the MacBook Pro, it has more ports, with an SDXC slot, HDMI port, 3.5mm headphone jack, MagSafe 3 port and three Thunderbolt 4 ports with support for charging.

Our MacBook Pro review noted that it was a joy to type on, with a lot of travel and backlit keys. The design itself is very Apple, with silver and grey colours and a boxier look than the MacBook Pro’s that have come before.

It’s slightly lighter than the Surface Laptop Studio, at 1.6kg, making them pretty evenly matched in terms of portability.

The main difference here is that the MacBook Pro is not a 2-in-1 device, with the screen not detaching or bending back further than 130-degrees, so anyone who’s got their heart set on a tablet/laptop combo might have to look elsewhere.

Coming back in with the MacBook Pro, the 14-inch variation has a 14.2-inch Liquid Retina XDR display with a resolution of 3024×1964 and a native resolution of 254 pixels per inch, according to Apple.

It does come with a notch, which any iPhone 13 owners will likely be aware of, but thankfully the notch does not interfere with work and often is covered by either the status bar or black bars while you’re watching media.

While there is no Face ID technology here, it does come packed with a Mini-LED display. The Mini-LED technology offers up deep blacks and vibrant colours, while the laptop’s high brightness ensures a great contrast, too.

There is also an adaptive refresh rate, which Apple refers to as ProMotion, at 120Hz. This allows the screen to ramp up its refresh rate while you’re scrolling through applications or watching media, although our review noted that it’s not as obvious here as it is on touchscreen devices, such as an iPad.

Now, looking at how this compares to the Surface Laptop Studio. It has a 14.4-inch display with a resolution of 2400×1600, alongside the same adaptive refresh rate at 120Hz. The resolution is not as sharp here, though, considering the (possible) price difference, it’s not too unreasonable.

Our colourimeter test showed that the Surface Laptop has a 497-nit brightness, which beats out most laptops, which sit at around 300-nits, and a contrast of 1669:1.

The colour accuracy on this hybrid laptop is not as impressive as the MacBook Pro, making it the lesser choice if you’re looking to engage in colour-sensitive work.

This is slightly disappointing, as the touchscreen and hybrid elements push this as a creator’s device, even if the specs aren’t really up to snuff. It looks like anyone interested in colour sensitive work should look towards Apple.

That said, since the Surface Laptop Studio has a touchscreen and supports use with a stylus (sold separately), it’s a great option for those who want to draw directly onto the laptop’s screen, provided they don’t mind the lower colour accuracy.

Jumping back to the MacBook Pro, as previously stated there is a choice between the M1 Pro and M1 Max processors. Both are part of the renowned Apple Silicon line of chips, with the Max coming out as more powerful.

There are multiple variations of each chipset, but we will focus on the configuration we reviewed for consistency: M1 Pro chip with a 10-core CPU and 16-core GPU. It also came packed with 32GB of RAM and a 1TB SSD.

We noted that the performance was fantastic, whether you’re working on battery power or plugged in. Working with ProRes files also pumps up the performance, making it the best format in terms of efficiency.

We also found that 4K renders from Final Cut X were completed silently, with the fans only kicking in after playing Football Manager 2022 for an extended period, making this one of the quietest laptops around for such workloads.

Now, the Surface Laptop Studio runs on an Intel chip. We will be using our review unit configuration as the basis for our comparison, which featured an 11th-generation H-Series Intel Core i7 processor, Nivida RTX 3060 Ti GPU, with 1TB storage and 32GB RAM.

Overall, there is no doubt that the MacBook Pro dominates in terms of performance, with our Geekbench 5 single-core and multi-core tests proving as much.

While this is not an issue for the Surface Laptop Studio, which can complete basic tasks smoothly without issue, it means that anyone on the look for pure performance will be better off looking elsewhere.

The GPU here also causes limitations, especially it is being aimed at content creators. You will be able to doodle and create basic images using the touchscreen display, but it will fall short when working with more advanced workloads such as 3D rendering or 8K video editing.

The battery of the MacBook Pro is as impressive as you would expect, hitting 21 hours in our testing. It will deplete faster when you’re engaging in more intensive tasks, though it will easily last through a normal working day with plenty of battery life left to spare.

The MacBook Pro does come with a MagSafe charger included in the box, with the 14-inch coming with a 67W charger.

The Surface Laptop Studio still impresses, but with lower battery life than Apple. It clocked out at 10 hours in our testing and will last throughout your working day. Of course, that stamina will drop even further when you’re tasking the laptop with intensive workloads.

It was a tough fight, but it was almost inevitable that the MacBook Pro would come out on top. The hiked-up price gives way to an impressive CPU that is capable of intense workloads, and great colour accuracy for those looking to get into content creation.

The biggest strength over the Surface Laptop Studio is its incredible GPU firepower. This allows it to take on graphics work at a lightning-quick pace. So if you’re looking to edit 4K video or make 3D animations, this is the better laptop out of the two.

The Surface Laptop Studio still stands out with its hinged design though, and seems better suited to a casual creator that wants a more hands-on experience with their device. Since the MacBook Pro lacks a touchscreen, the Studio is a great alternative if you want to doodle and draw on the screen. Just remember it isn’t the most powerful laptops in terms of its GPU, and the screen’s colour accuracy may be a little too low for professionals. 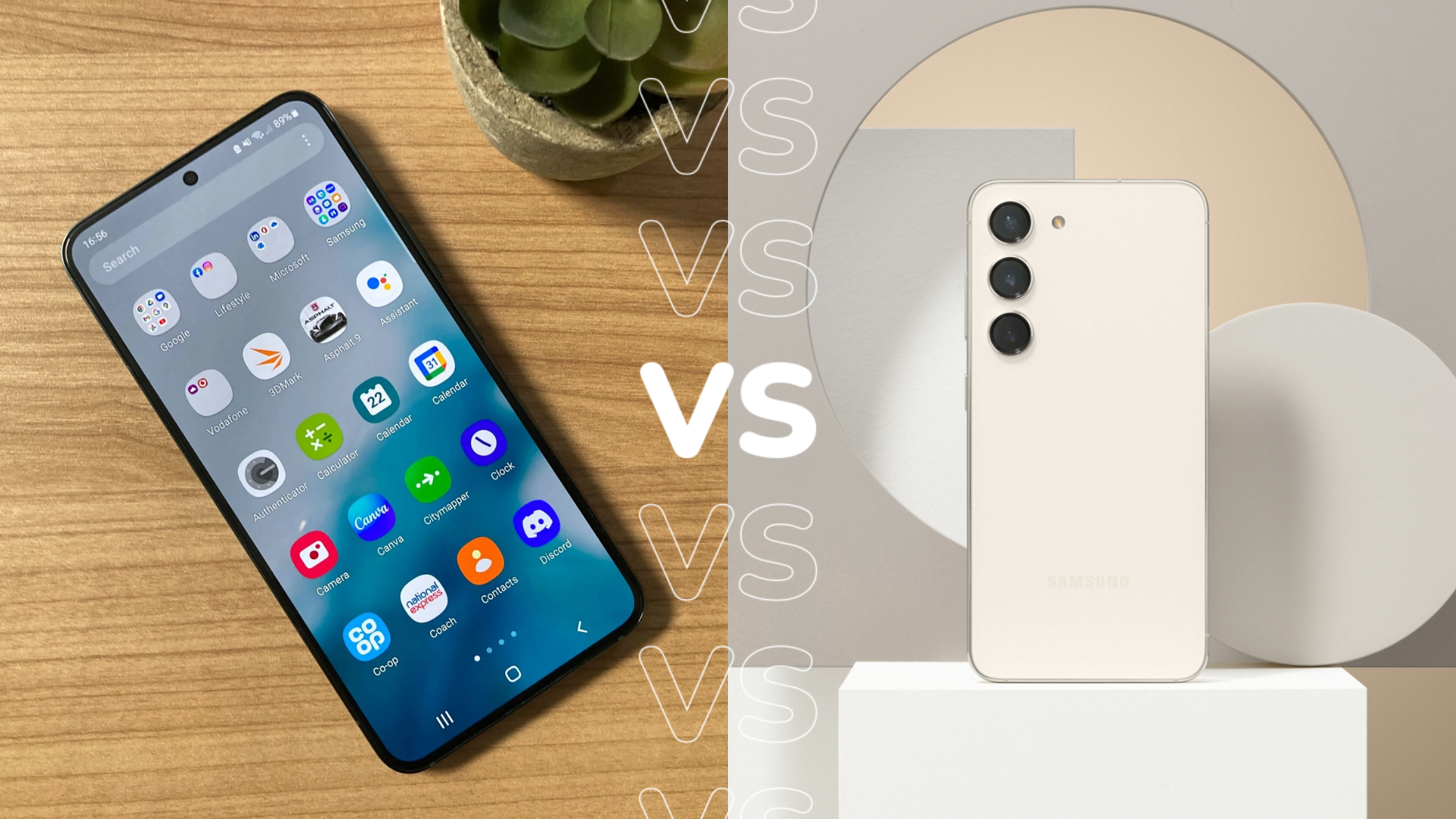 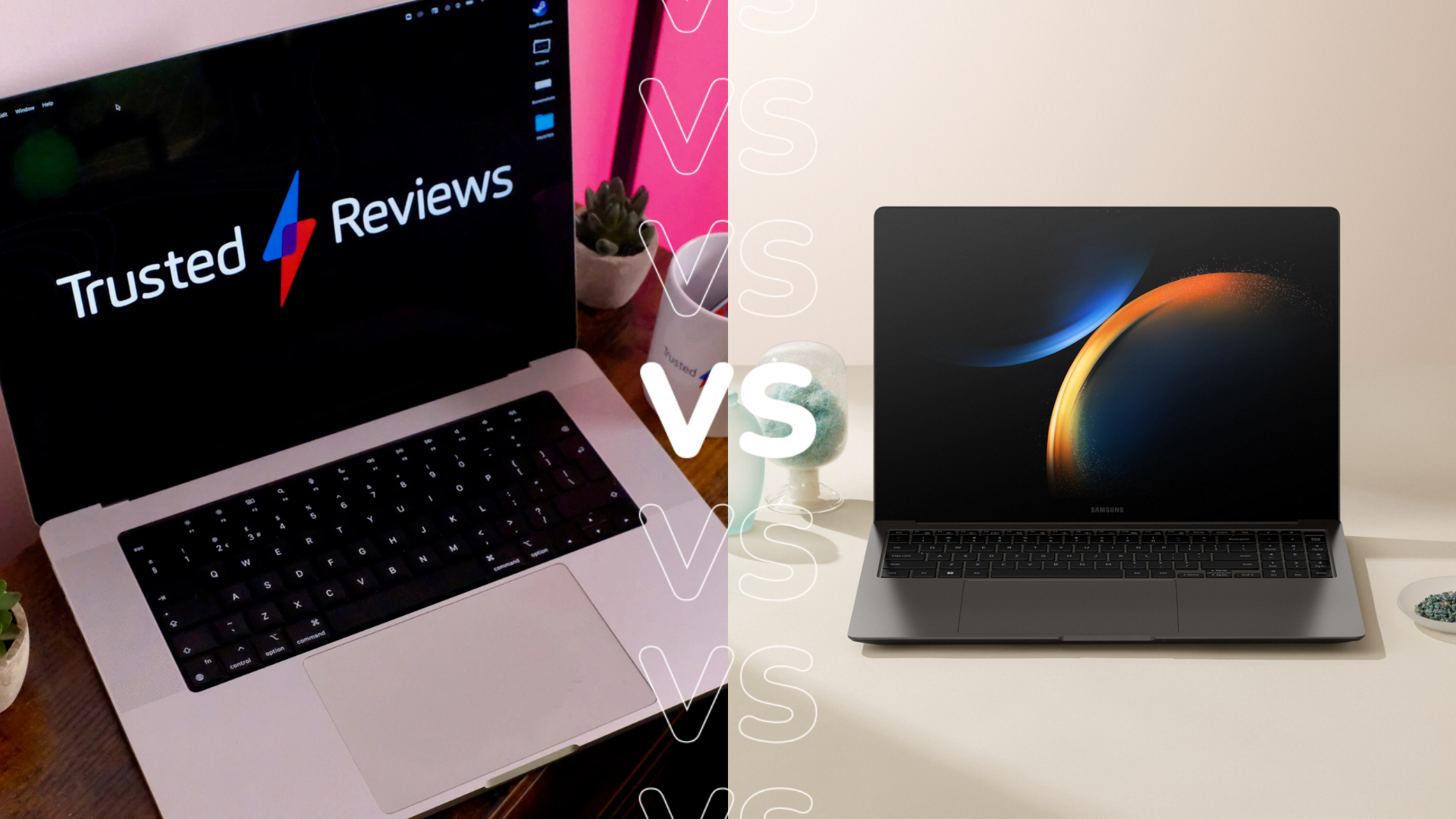 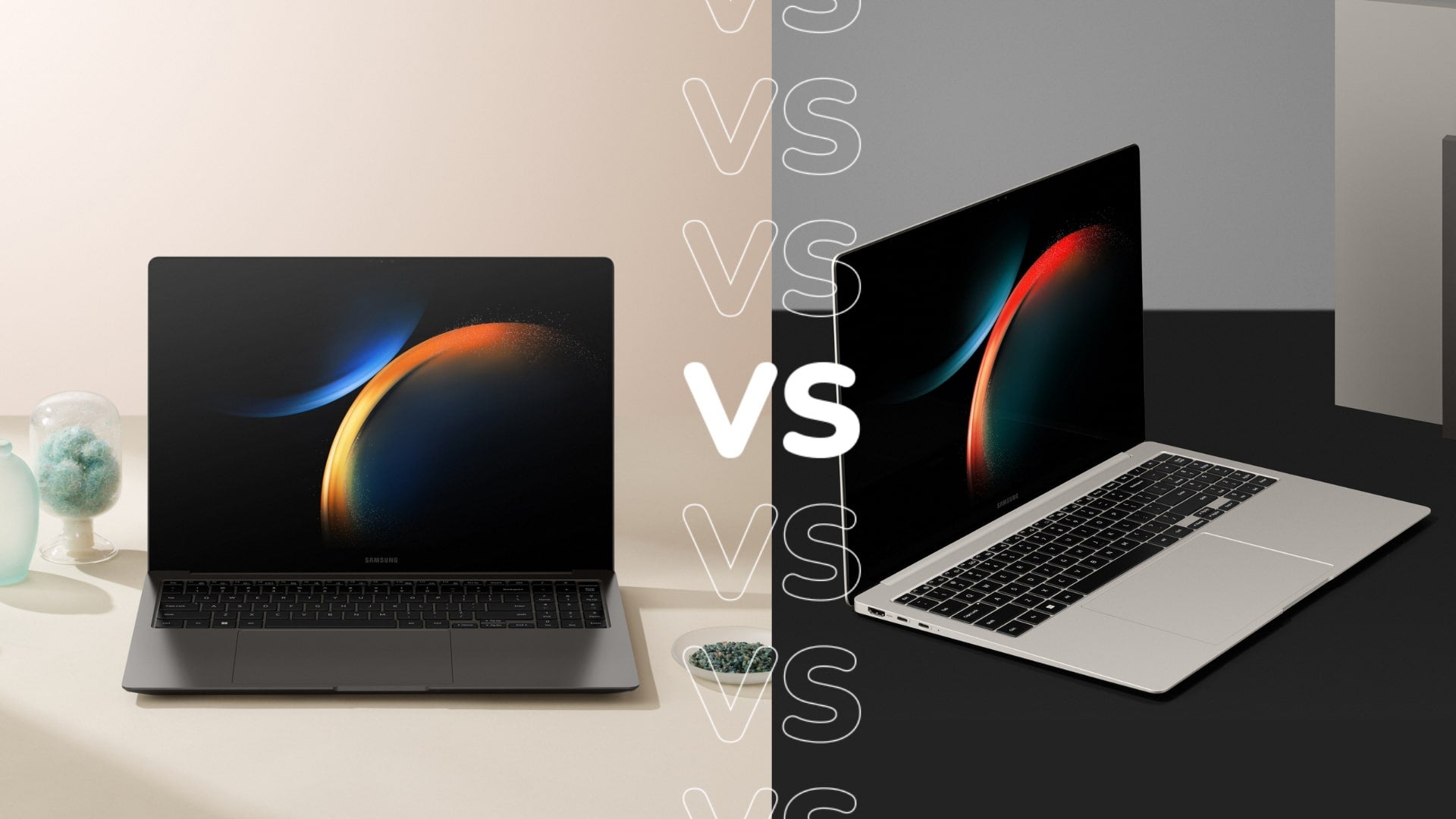 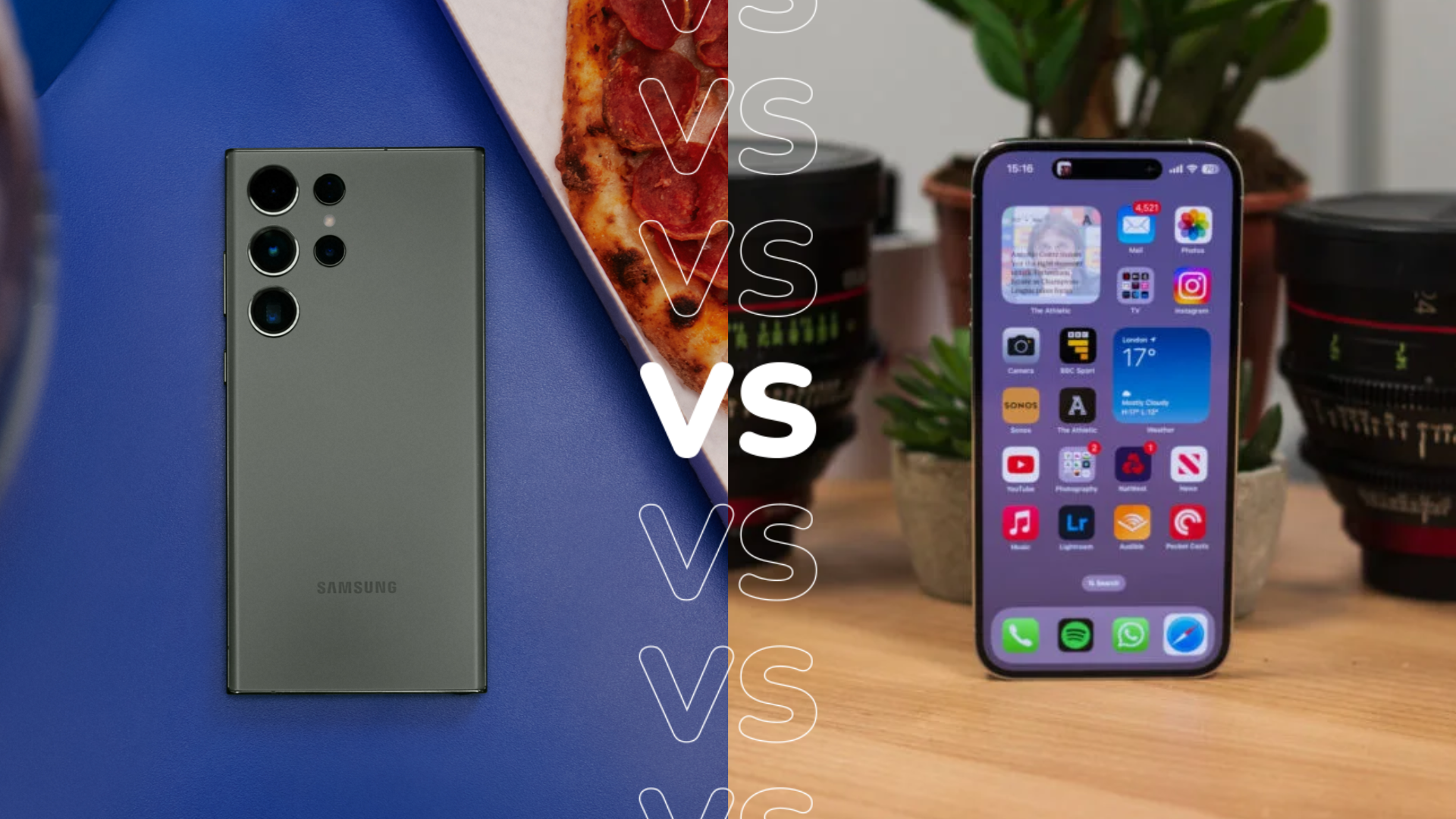 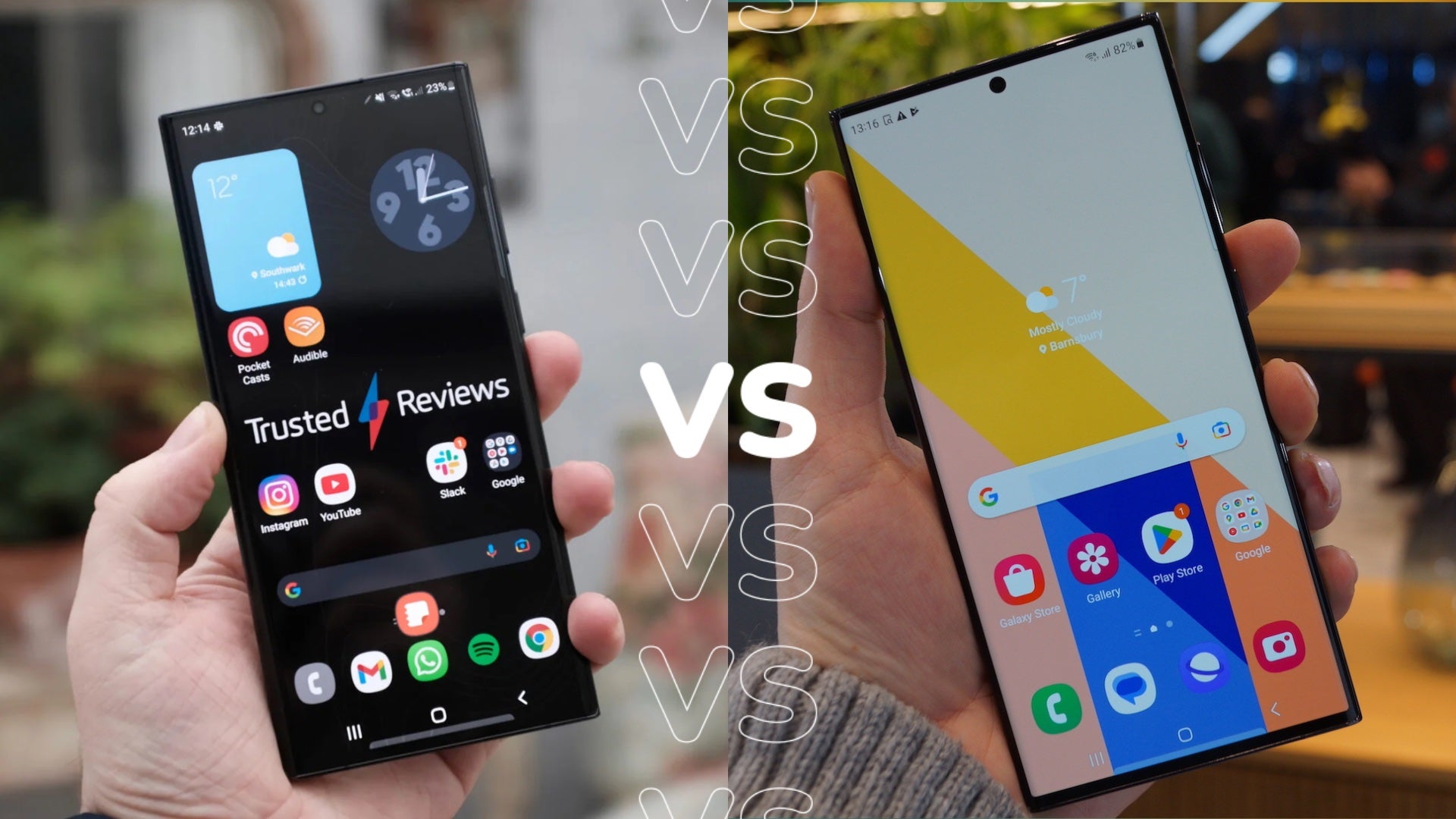