Outside of Samsung’s older Galaxy Tab S7 Plus, there aren’t that many top end Android powered tablets doing the rounds. Which is why, with the Tab S7 Plus now set to get a hefty discount you may justifiably wonder if it’s worth going for the older tablet, especially as by all accounts it’s still a pretty advanced bit of hardware.

Featuring a top end variable refresh rate screen that during testing we found remains one of the best around for streaming movies in HDR, it matches key rivals including the Surface Pro 8 and iPad Pro for colour accuracy and sharpness.

Or, if you already own a Galaxy Tab S7 Plus or aging iPad, you’ll want to know if it’s time to upgrade to the Tab S8 Plus. Here to help out both types of buyer, we’ve created this early guide to compare the two tablets at a hardware and practical level.

These are our early opinions as, while we’ve reviewed and used the Galaxy Tab S7 Plus for over a year, we’ve only had a few hours with the new Galaxy Tab S8 Plus. We’ll update this article with our final thoughts on how the two compare once we’ve spent more time with Samsung’s latest tablet.

The Galaxy Tab S8 Plus is an unashamedly premium tablet, which is why it’s fairly expensive, despite not being the top option in Samsung’s current line-up. Specific pricing depends on storage and connectivity options. You can see a breakdown of the Tab S8’s various prices below.

This gets you the tablet with a USB C cable and S Pen Stylus. We’ve contacted Samsung for US and Euro pricing, but at the time of publishing hadn’t received a reply.

The price puts the tablet above the Galaxy Tab S7 Plus, which carried a cheaper £799 starting price when it launched in 2020. We’re expecting the price to drop even further now that the new tablet is out, but at the time of publishing the Galaxy Tab S7 Plus price was still at £776.52 on Amazon. It’s impressive as it shows how little the device’s value has depreciated over the years. Normally Samsung devices’ value plummets fairly quickly once a new version comes out, or it gets a little long in the tooth.

The only downside is you have to pay extra for a keyboard cover on both devices, which is a pain as they retail for over £100/$100 on Samsung’s store, and if you want to make the most of the tablet you really need one. Over the last year we’ve used the Tab S7 Plus as a functioning laptop frequently, with its keyboard cover one of the best around, offering well spread out keys with a wonderfully tactile feel.

Visually, there’s not much to differentiate between the two tablets. Both have rectangular metal chassis. Both are charged using USB C and feature micro SD slots, which makes it quick and easy to upgrade their internal storage. The familiarity isn’t helped by the fact that they’re almost identical in size, both featuring 12.4-inch AMOLED displays. Honestly, if you did a blind guess which is which, even the tech savviest buyer would struggle to tell the difference.

This in many ways isn’t a bad thing, however. Despite the bezel around the screen being fairly chunky by today’s standards, the hardware remains excellent. The Tab S7 Plus still has one of the best screens on any tablet featuring solid colour accuracy, HDR-ready max brightness levels and an adaptive refresh rate that peaks at 120Hz.

This makes the tablet a fantastic option, and one of our daily drivers, for everything from doodling in Krita, to streaming movies and playing games on GeForce Now. From what we saw during our hands-on with the S8 Plus, the screen is equally good and we have high hopes it’ll match its predecessor when we properly test it.

Build quality also feels excellent on both. The metal used on the S8 felt just as rugged and premium as the S7’s, leaving us fairly sure it’ll survive the odd bump and scrape. Our sample of the S7 Plus survived a rampaging toddler’s rage throws on more than one occasion when we tested it.

The changes Samsung has made are mainly under the hood upgrades to the tablet’s components. The biggest is a move to newer silicon. Specifically, the Tab S8 Plus runs the latest Qualcomm Snapdragon Gen 1 chip in the US or Samsung’s home grown Exynos 2200. We haven’t had a chance to review a device running the new Exynos, but it has a few key perks that includes ray tracing support, which in theory will help it display more realistic lighting effects on compatible games.

But based on our experience using devices running the new Qualcomm chip, the Tab S8 Plus should be a lot faster than the Tab S7 Plus, which runs a Snapdragon 865+ chipset. The older chip isn’t terrible, but our benchmarks on devices running the new Gen 1 chipset show the Tab S8 Plus should play games at higher frame rates, run cooler and generally be more power efficient. We’ll confirm this once we get the tablet into our labs.

The move to use Android 12 means the Tab S8 Plus is the only one of the two to run on the latest version of Google’s operating system, with our Tab S7 Plus sample still yet to receive an update. Android 12 has been tweaked, with Samsung adding its own skin to the mix, which means the UX isn’t as clean as you’ll find on Google’s own Pixel 6 and Pixel 6 Pro.

But from what we saw, the update still brings most of the perks seen on Android 12, which include upgraded security, better looking icons and better customisation and widget support. Samsung has also done some nice work optimizing the OS for the Tab S8 Plus larger form factor, adding improved multi-window support that let us quickly and easily display three apps at once during our hands-on.

We were never huge fans of using tablets as primary cameras. If you bought a phone in the last two years, it’ll almost certainly take better photos. But the upgraded front camera could be a welcome addition, considering how much of our lives we spend in video calls these days, if it performs well during testing.

You can see a detailed breakdown of the two tablets’ specs in the table below.

Both tablets have identically sized batteries, running off 10,090mAh cells. Samsung claims the new chips, plus certain software optimisations, mean the Tab S8 Plus will last longer than its predecessor, but until we get the tablet into our labs and test it, we cannot yet confirm this.

The Galaxy Tab S8 Plus is a minor update on the Tab S7 Plus, with the main upgrades focussing on performance rather than design improvements. But given how much we love the Tab S7 Plus, which despite coming out in 2020 remains one of the best high-end Android tablets, this may be no bad thing.

If it manages to offer the same excellent screen performance and drawing experience its predecessor did, it could earn a place as one of 2022’s best tablets. However, from what we’ve seen it’s probably not worth existing Tab S7 Plus users upgrading. 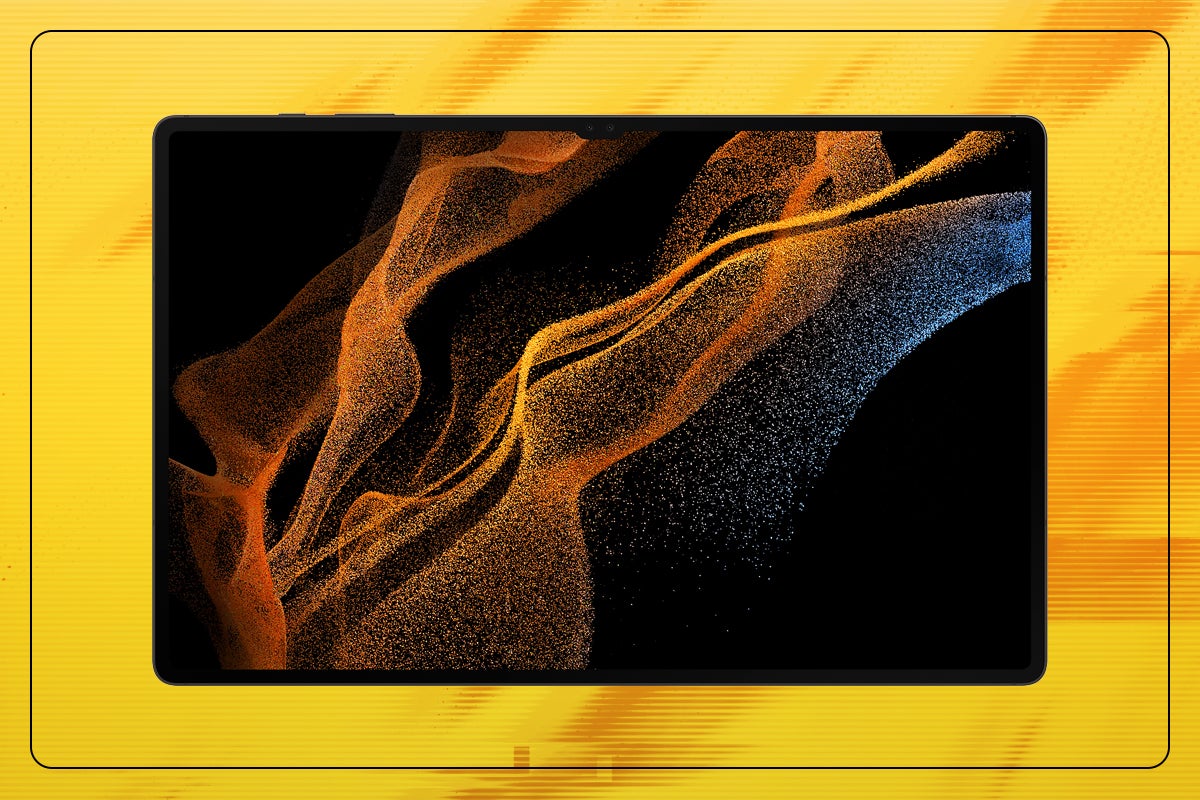 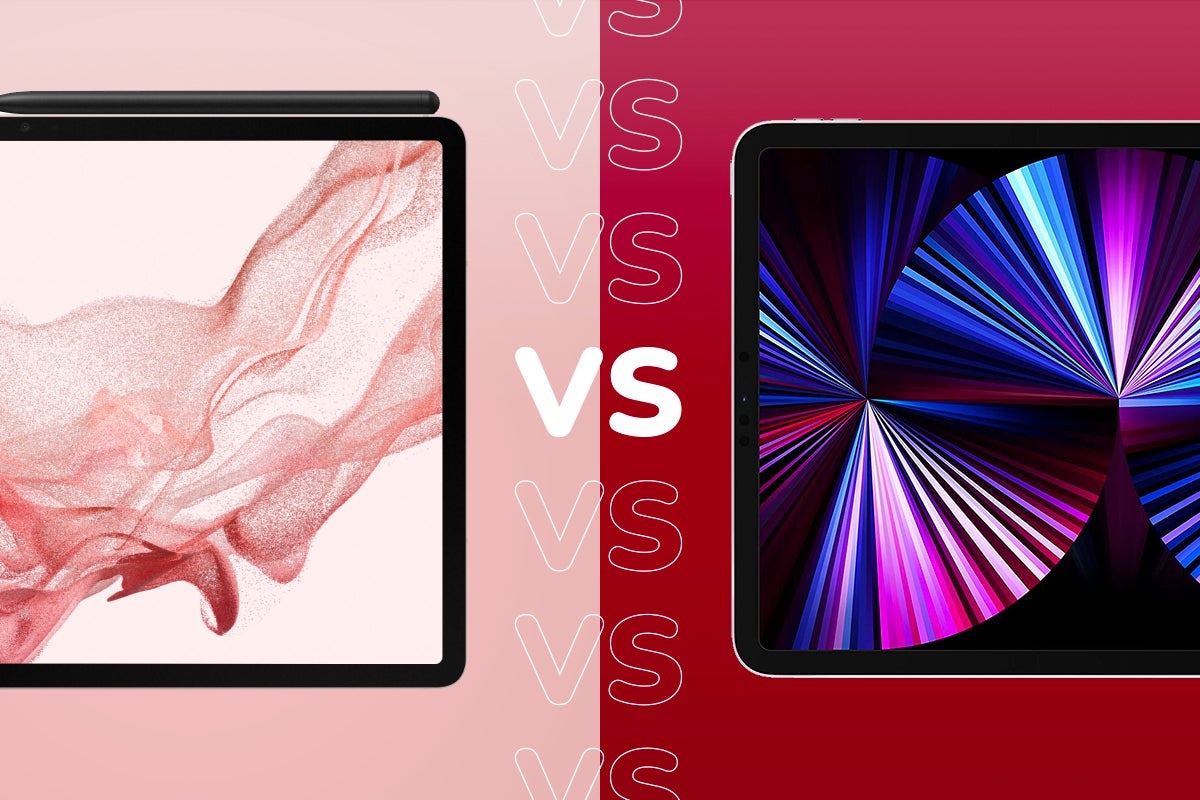 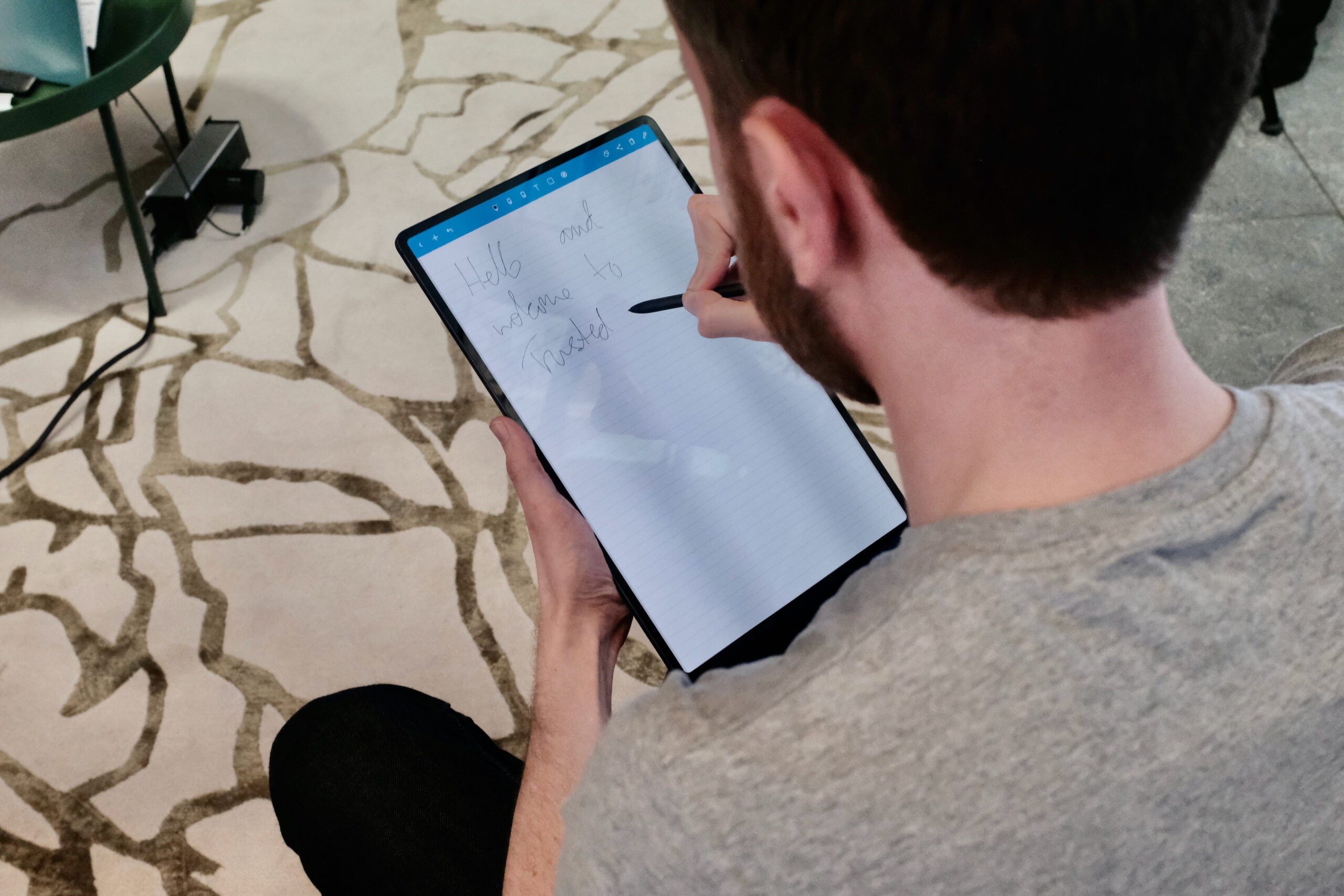