ProtonVPN and Windscribe regularly appear in both our best VPNs list and our best free VPN list, with both offering industry-leading free services and outstanding paid-for subscriptions.

But which is the best VPN for your needs? Here’s everything you need to know.

Windscribe’s free tier gets you 10GB of VPN traffic every month. Free users get access to locations in 11 countries – not including any of the Windflix video streaming endpoints. A paid-for subscription costs $9/£6.92 per month or $49/£37.69 per year, and gives you access to endpoints in 65 countries. All very nice and simple.

ProtonVPN’s free tier offers unlimited data throughput, but only via three endpoint locations (in the US, Netherlands and Japan). These are nominally slower than the paid-for endpoints (but often aren’t in practice) and lack extra features such as video streaming support. 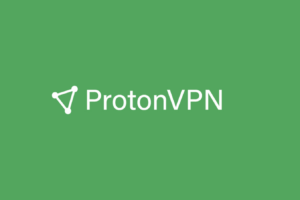 Both ProtonVPN and Windscribe allow you to pay via cryptocurrency, which can help to keep your identity secret as long as it’s carefully used alongside other operational security measures. But for real anonymity, we’re very keen on ProtonVPN’s option of sending them an envelope full of cash – old-school privacy at work, there.

Tested on an ultra-high-speed fibre connection at a London data centre, our tests aim to showcase the fastest speeds we can get out of each service during any given testing period.

As you can see from the results table from our most recent tests above, ProtonVPN is almost twice as fast as Windscribe, so if you’re on the lookout for raw speed, your choice becomes obvious – ProtonVPN’s speeds are on a par with speed-oriented services NordVPN, VyprVPN and Mullvad.

This is typical for both services. However, those numbers can be deceptive if you don’t take the testing conditions into account. Windscribe’s performance is very good, despite hovering just under a group average that’s pushed up by some especially quick outliers.

Few people get speeds of over 200MB/s from their ISP, so the upper threshold of what’s possible if you push the VPN service to its limits is pretty irrelevant for the vast majority of internet users. While a VPN can sometimes improve connection speeds to distant countries, you can’t exceed the speed of your connection to your ISP.

Our speed tests indicate that Windscribe and ProtonVPN’s both provide free users with connection speeds that are comparable to those attained by paying subscribers.

Both services are usually okay for watching streaming video without having to impact your security by disconnecting from your VPN.

ProtonVPN is headquartered in Switzerland, while Windscribe operates from Canada. Switzerland has a slightly better reputation for privacy-respecting laws, but they remain a battleground. In general, Canadian VPN providers have become more relaxed about what they allow customers to do, despite past issues with the potential logging requirements of Canada’s Copyright Modernization Act.

As always, remember that the only way we can see that a “no-logging” VPN provider is keeping its word is through what we learn from third-party audits, legal cases, and reports of government seizures. Beyond that, we have only the word of the provider that it’s doing as it claims.

Both ProtonVPN and Windscribe say that they keep no logs, and you can see Windscribe’s transparency report showing law enforcement and copyright agency requests for data, of which Windscribe says “zero requests were complied with due to lack of relevant data.”

Windscribe says it doesn’t log any identifying data and is very transparent about what records it does keep. The company has not yet published any third-party audits of its infrastructure or privacy and logging policies.

ProtonVPN’s last external security audit of its no-logging policy was carried out by Securitum and published in April 2022. Proton Technologies also operates a bug bounty programme, which is something we’d like to see more of in the VPN space.

This no-logs policy, as ProtonVPN’s transparency report reveals, means that there’s no data to hand over to the authorities if a warrant is enforced against the company. In 2021, Proton Technologies successfully overturned a ruling that they had to collect additional data.

However, Swiss authorities have the right to order ISPs to to collect data in in specific criminal cases, including in response to international warrants. Proton Technologies AG’s ProtonMail service has done this on a number of occasions, with notifications going to the individuals whose accounts were concerned.

Both Proton Technologies and Windscribe are industry stalwarts who’ve been clear around their commitment to transparency and security. The fact that they’ve been in this space without any major scandals for so long helps to support their reputations.

Both Windscribe and ProtonVPN have the core features we look for in a VPN. An optional kill-switch to block all traffic if your connection to the VPN server drops is a security must-have, and we’re happy to note that both support split tunnelling, which allow you to route some of your traffic via the VPN and specific exceptions via your ISP.

Neither service has completed the deployment of infrastructure-wide RAMdisk servers yet, although we understand that this is in progress for both.

Windscribe’s paid subscription allows you to connect an unlimited number of devices at once, while ProtonVPN Plus restricts you to five.

Windscribe supports the OpenVPN, IKEv2/IPSec, SOCKS5 and WireGuard protocols. ProtonVPN was a relatively late adopter of WireGuard due to additional time spend assessing the protocol’s security, but now supports OpenVPN, Wireguard and KEv2/IPSec.

Both provide configuration instructions for other devices to paying users. ProtonVPN provides endpoints in 65 countries, Windscribe in 61.

If you’re looking for a free VPN, you should probably have both Windscribe and ProtonVPN accounts. As it’s faster and provides unlimited throughput, ProtonVPN’s free service is the better choice for day-to-day use, but you’re restricted to endpoints in just three countries, compared to Windscribe’s 11.

If you’re looking to pay for a VPN service, Windscribe is much cheaper, at £37.63 a year, than the equivalent ProtonVPN Plus tier, which will cost you £79.63 per year. ProtonVPN’s service is a bit better, but the difference in speed is negligible.