Apple has just launched the wallet-friendly iPhone SE 2022 (or SE 3), but should you really choose it rather than the iPhone 13? In this article we offer our early verdict based on our experience testing and using the iPhone 13 since launch and knowledge of the iPhone SE 3, which we’re yet to get in for review.

Apple devices may be renowned for their performance and cameras, but they’re rarely singled out for the value for money. However, the iPhone SE 3 is significantly cheaper than the brand’s other smartphones, and still packs some excellent specifications. Read on to find out which one you would be right for you.

The iPhone SE 3 was announced at Apple’s March 8 event, but those who had hoped for a big design change (like us) were underwhelmed. The new iPhone SE looks exactly like its predecessor, which in turn looked like the iPhone 8. In an opinion piece before the launch, our Mobile Technology Editor, Max Parker, argued that retaining such a design is “going to feel outright archaic now.” The new SE has giant bezels, chunky camera housings and a generally dated design based on the promotional material we’ve seen. Hopefully it’ll feel more modern in-hand when we get it in for testing but currently it doesn’t look terribly interesting from a design perspective.

The LCD display of the iPhone SE 2, which measures 4.7 inches and offered a resolution of 750 x 1334p, also appears unchanged on the iPhone SE 3. Based on our experience using the SE 2 this isn’t terrible however. Based on our experience with the 2 the SE 3’s screen should be bright and fairly detailed. Its diminutive size will either endear you to it (if you prefer a manageably-sized handset) or alienate you (if you want a big screen for consuming immersive content).

By contrast, the iPhone 13 has an attractive design that is improved over the iPhone 12 due to its reduced ‘notch’ at the top of the screen. The OLED display sadly misses out on an enhanced refresh rate, which was a big disappointment, but it is still very good overall thanks to its high level of brightness, excellent contrast, and natural colours. A higher refresh rate is standard on most flagship Android phones and makes handsets feel smoother to use and better for reaction based applications, like games.

When comparing the design and screen of the two models, the iPhone 13 seems to come out as the clear winner here.

We’ve not yet tried out the camera of the iPhone SE 3, so we can’t deliver our full judgement of the device just yet. When announced, it was revealed that the single sensor has been upgraded, staying at a 12-megapixel resolution but offering some improvements including some features from the iPhone 13 range, such Deep Fusion for improved detail and Smart HDR 4. These are AI features that aim to improve photo quality. Until we test the specific implementation on the new SE 3 it’s hard to tell how effective they are, but we found them to be useful additions reviewing the iPhone 13.

The iPhone 13 packs two sensors, a 12-megapixel main camera and a 12-megapixel ultrawide, so it already has an advantage of versatility. We were highly impressed by the level of performance of these snappers, especially when shooting at lowlight conditions — and that’s precisely where the iPhone SE 2 struggled to impress.

We have to withhold our verdict on the cameras for now since we haven’t seen the SE 3 in action, but we’ll be keeping our eyes peeled for improvements over its forerunner.

Both devices run on the highly impressive A15 Bionic chipset, which is Apple’s best mobile processor and arguably the finest available on the market right now. You’re unlikely to feel underpowered regardless of which of these devices you choose, although as we have not yet tried it out we’re yet discover if the performance level has been throttled at all on the iPhone SE 3.

When we put the iPhone 13 through its paces, we were highly impressed at how it coped with everything we threw at it, including the most demanding mobile games. The A15 Bionic‘s arrival on the new iPhone SE also brings with it 5G connectivity, for faster mobile data speeds.

We’re not yet sure of how the iPhone SE 3 battery will handle itself in the real world, as we’ve not yet put it to the test. However, Apple did not announce any changes to the battery capacity from its predecessor, and we found that it was just generous enough to last us through an intensive day of use. The efficiencies of the A15 Bionic may squeeze a bit more juice out of it, but we’ll just have to sit tight until we test one out for ourselves.

Battery life was one of the iPhone 13’s biggest upgrades in our opinion, and it delivered some of the greatest endurance we’ve ever experienced on a smartphone; even a looped video took 21 hours for the battery to die. It’s hard to imagine that the iPhone SE 3 can overcome this impressive standard.

The price is an easy victory for the iPhone SE 3, given that it’s raison d’etre is to be a cheap alternative to the main iPhone line. However we were disappointed to see optimistic pre-launch rumours confounded, when we ended up with a price bump rather than a price cut. The iPhone SE 3 has a starting price of $429 (£419) for the version with 64GB of storage, which is a $29/£19 increase on the current retail price of its predecessor.

The iPhone 13 has the far higher starting price of £779 ($799), which makes it an expensive outlay even if it does fall short of some of the extortionate prices set by its peers such as the iPhone 13 Pro Max.

If you’re on a restricted budget but want to stick with iOS, then the iPhone SE 3 should be the first phone you look at.

From what we’ve seen already, both of these handsets look like good choices. The iPhone SE 3 packs an incredible high-performance mobile chipset, features 5G connectivity, has a promising camera that we’ve yet to test out, and is available at an appealing price point.

On the other hand, the iPhone 13 has a more versatile camera system and has a far more attractive design and screen – but the drawback is that you’ll have to shell out significantly more for these advantages.

Remember to check back at Trusted Reviews once we’ve tested the iPhone SE 3 and can give you our full, official verdict on this tricky choice.

Below you’ll find a full table of specifications comparing the base models of the iPhone SE 3 and the iPhone 13: 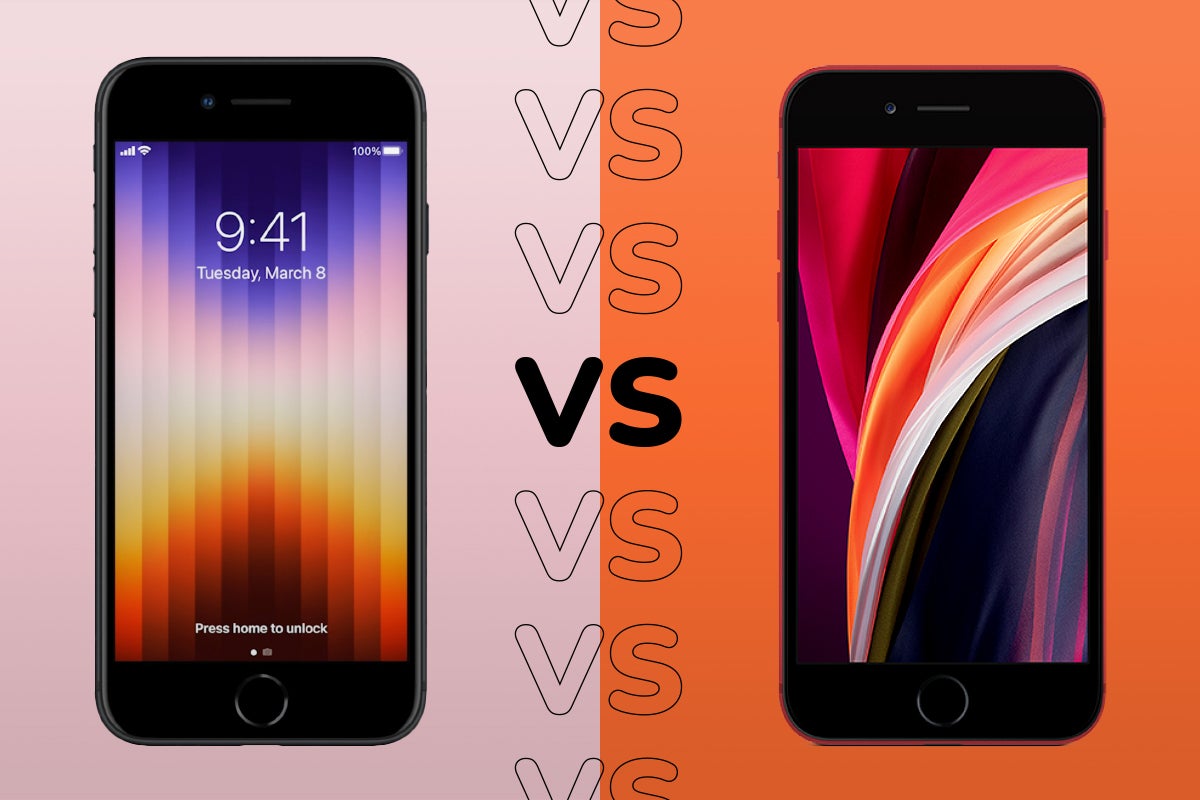 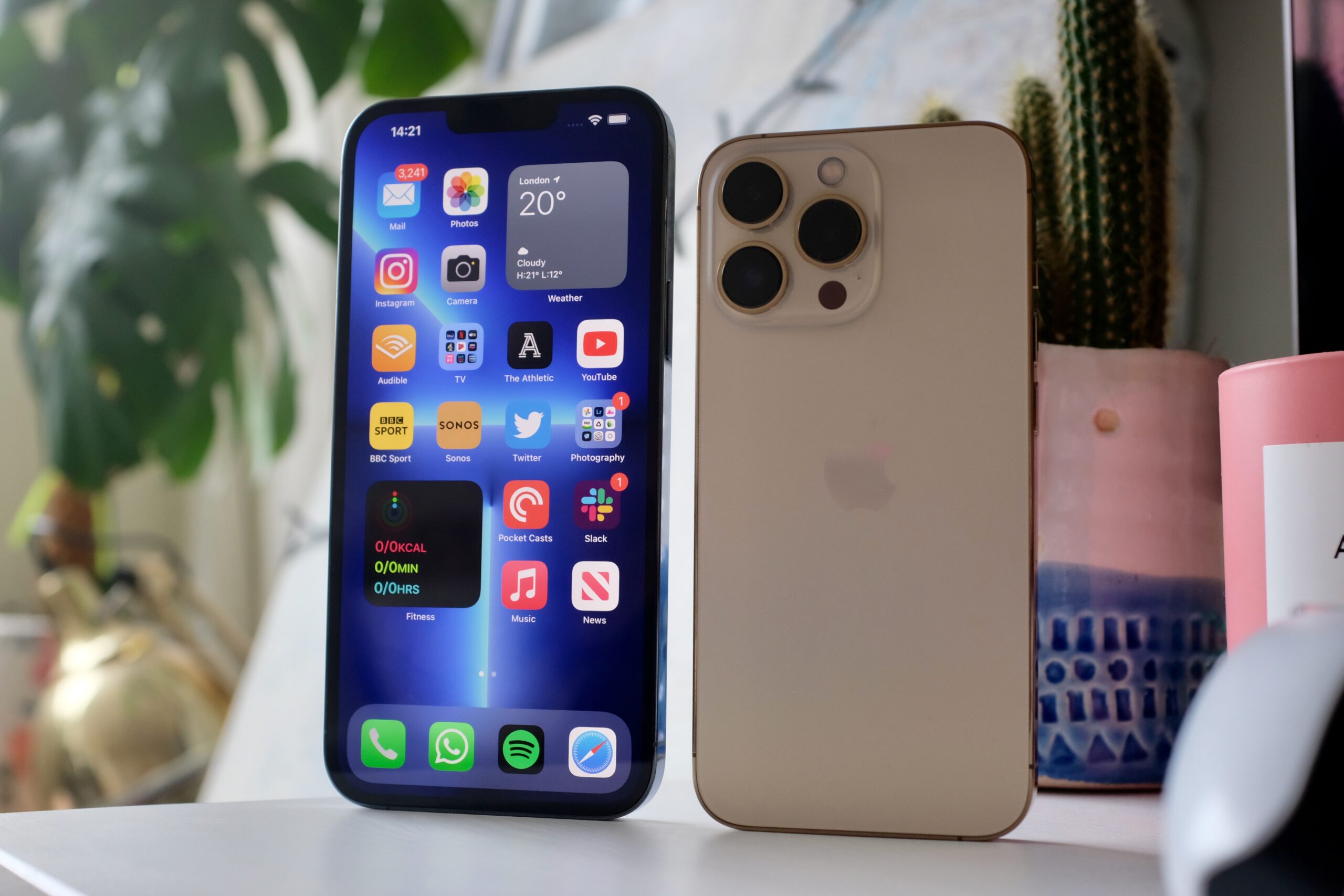