Apple recently released the iPhone 14 Pro, a phone packed with some major upgrades. But, how does it compare to last year’s iPhone 13 Pro?

There’s plenty to be excited about on with the iPhone 14 Pro, from the Dynamic Island to the new 48-megapixel camera. However, it certainly isn’t cheap.

The iPhone 13 Pro is only a year old and, with lower prices, it might be tempting to opt for last year’s Pro instead of the very latest model.

We’ve pitted the iPhone 14 Pro and the iPhone 13 Pro head-to-head in this versus guide. Read on to learn how the two high-end iPhones compare when it comes to their design, display, camera, specs and battery life…

That makes the iPhone 13 Pro the cheaper of the two here in the UK, costing £150 less at launch and likely a bit lower from third-party retailers now that the phone is a year old and has been succeeded by the iPhone 14 Pro.

Not much has changed in the appearance of the Pro over the last year. The iPhone 14 Pro looks very much like the iPhone 13 Pro, with the same rounded corners and triple camera arrays. The two phones are also similar in both their dimensions and their weight, with the iPhone 14 Pro weighing just 3 grams more.

Both phones are built from surgical-grade stainless steel and Apple’s Ceramic Shield, and both are rated IP68 for water resistance.

The biggest difference in design is the colours. The iPhone 13 Pro was available in Gold, Silver, Graphite, Alpine Green and Sierra Blue, whereas the 14 Pro comes in Gold, Silver, Space Black and Deep Purple.

When it comes to the displays, there are some clearer changes.

The iPhone 14 Pro also comes with an always-on display – a first for the iPhone – as well as the new Dynamic Island.

The Dynamic Island is Apple’s way of transporting its slightly dated notch into something more fluid and interactive, making the iPhone 14 Pro’s display look and feel more modern than that of its predecessor by interacting with other features on the iPhone, including alerts, notifications and activities.

Editor Max Parker praised the Dynamic Island in his review of the iPhone 14 Pro, calling it a big improvement over the notch on its predecessor and explaining that it adds an extra interaction layer to the phone itself.

While both phones feature triple camera arrays, there are a number of upgrades with the iPhone 14 Pro.

The iPhone 14 Pro also features Apple’s new Photonic Engine. The Photonic Engine is essentially an expansion of the company’s Deep Fusion image processing technology that uses machine learning to optimise texture, details and noise in an image on a pixel-by-pixel basis. This is particularly helpful in lower lighting conditions.

We found the iPhone 14 Pro managed to churn out excellent shots in a variety of conditions, with the Night Mode also activating faster and capturing more details in the dark compared with the camera on the iPhone 13 Pro.

When it comes to video, both phones support ProRes video capture at up to 4K/30fps or 1080p/60fps, but only the iPhone 14 Pro can capture 4K video in Cinematic Mode for a shallow depth of field in this resolution.

On the front, both phones come with a 12-megapixel TrueDepth camera with support for 4K/30fps video. However, only the iPhone 14 Pro can capture 4K video in Cinematic Mode and the phone is the only one of the two to support autofocus on its front camera.

As with any new generation of iPhone, the Pro model has been upgraded to the latest Bionic processor.

The iPhone 14 Pro is powered by the A16 Bionic, replacing the A15 Bionic found in the iPhone 13 Pro. Both chips feature 6-core CPUs, 5-core GPUs and 16-core Neural Engines and offered similar results in our benchmarking tests with only minor performance improvements seen in real-world use, too.

Both phones also support 5G connectivity, Apple Face ID and include storage options that range from 128GB to 1TB.

While both phones do come with Emergency SOS, only the iPhone 14 Pro supports Emergency SOS via satellite, allowing US and Canada-based users to contact emergency services when cellular and Wi-Fi are unavailable.

The iPhone 14 Pro also comes equipped with Apple’s new Car Crash Detection feature, which automatically contacts emergency services and notifies your emergency contacts if it detects you’ve been in a car crash.

As with all iPhone 14 models, the iPhone 14 Pro is eSIM only in the US, meaning the phone no longer includes a SIM tray in that region.

You can see a full list of specs for each phone in the comparison table below:

The two iPhones have very similar battery lives, offering all-day use as long as you’re happy to charge your phone up every night.

According to Apple, the iPhone 14 Pro offers a slight improvement in battery life, providing 23 hours of video playback to the iPhone 13 Pro’s 22 hours. However, the two phones have matching lives when it comes to streamed video playback and audio playback, so the difference is incremental.

Both iPhones also support 20W fast charging, which Apple claims can offer 50% charge in 30 minutes, as well as slower wireless charging, including support for Apple’s MagSafe cases and chargers.

The iPhone 14 Pro offers a number of improvements over the iPhone 13 Pro, with most of these upgrades apparent in the display and camera.

The iPhone 14 Pro includes an always-on screen and a 48-megapixel camera. Apple has also done away with the notch in exchange for the new Dynamic Island on the 2022 Pro.

Elsewhere, the differences between the two generations are more subtle, though these include a more efficient chipset and a slightly longer battery life. 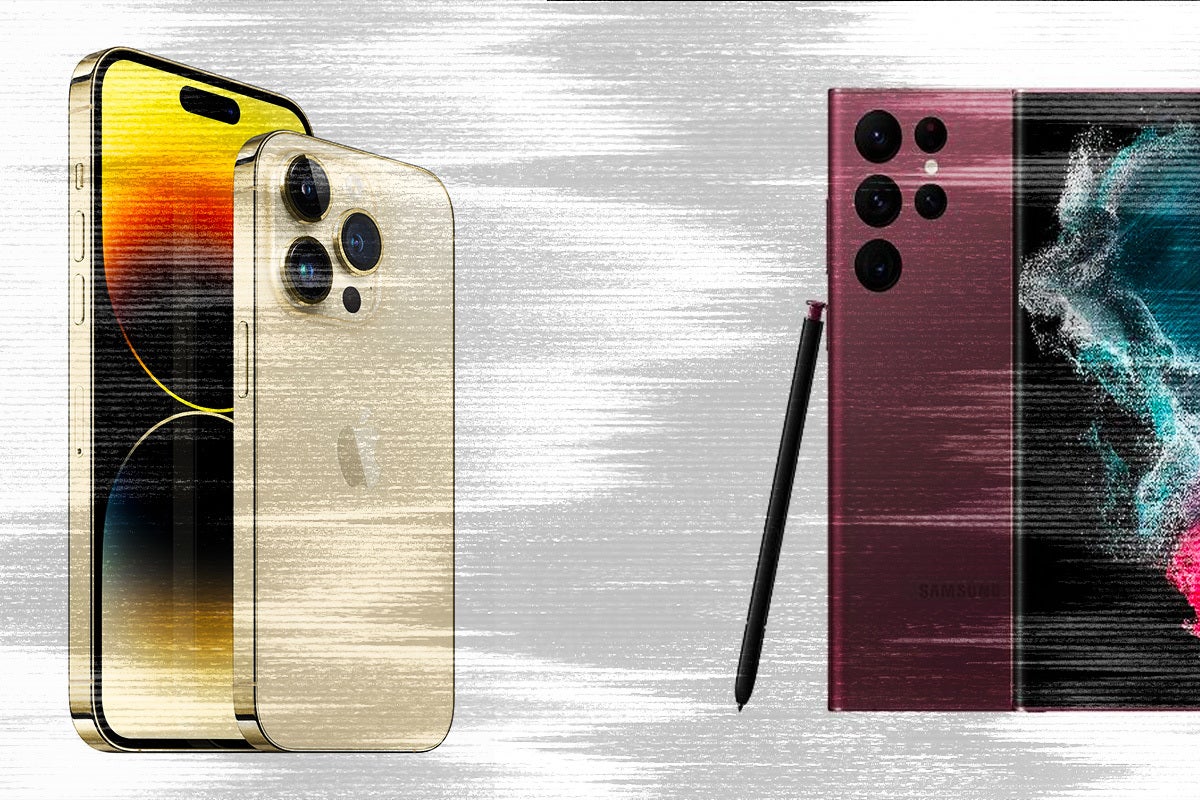 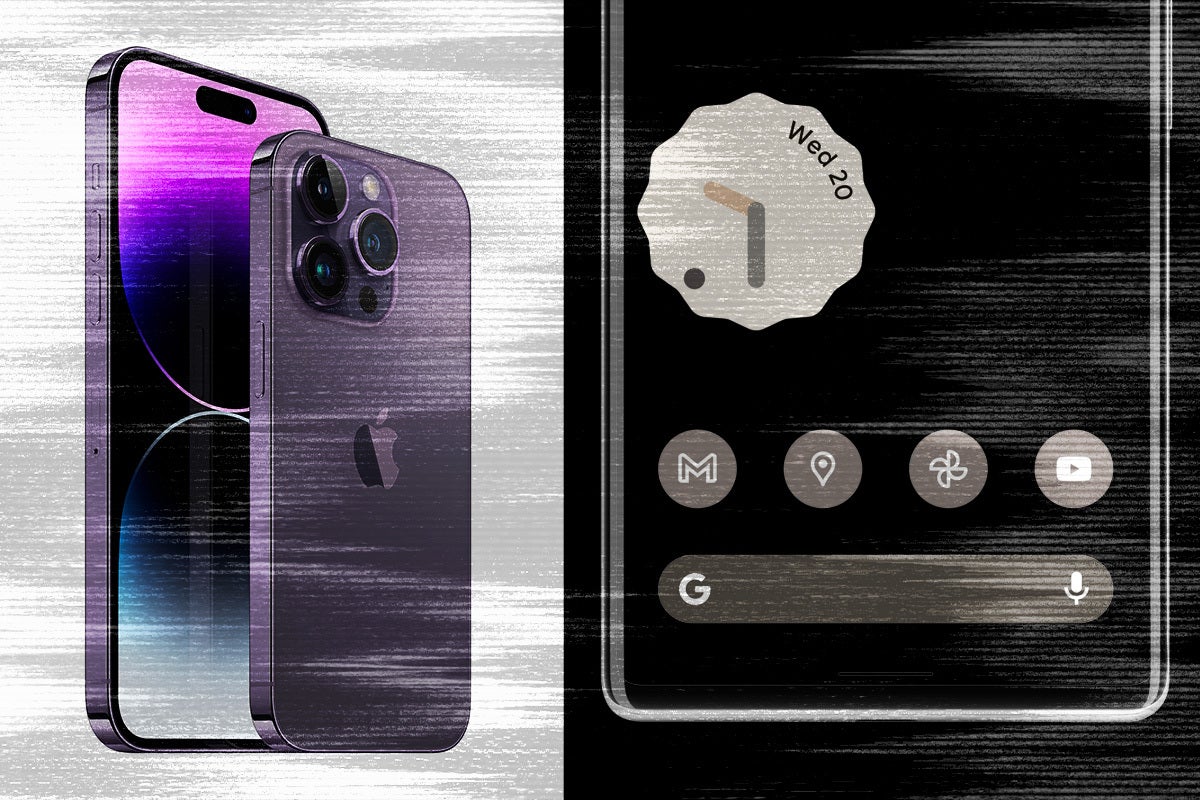 iPhone 14 Pro vs Pixel 6 Pro: Which Pro is right for you?