Fitbit has officially unveiled its newest fitness tracker, the Fitbit Charge 5, but how does it compare to 2020’s Charge 4?

The Charge 4 was a fantastic all-rounder, packing heart, sleep, step and sports tracking, a long battery life and built-in GPS. The latter was a first for the Charge series that, along with SpO2 tracking, helped the fitness band secure four and a half stars in our review.

Typically, Fitbit would update its Charge line every two years, with the first tracker launching in 2014 and subsequent watches coming out in 2016, 2018 and 2020. However, the company has broken the cycle for 2021 by launching the Charge 5 a whole year ahead of its usual schedule.

So, how does the Charge 5 compare with last year’s Charge 4? Read on to discover all the biggest similarities and differences between the two fitness trackers.

The Fitbit Charge 5 is priced at £169.99/$179.95/€179.95 and comes with a six month membership to Fitbit Premium for new and returning customers. Pre-orders are open now, with the trackers set to ship by late September.

This makes the Charge 4 the more affordable option of the two by around £70. Read on to discover what that additional £70 will get you with the Charge 5.

Perhaps the biggest design update coming to the Charge 5 is the display. Where the Charge 4 packs a greyscale OLED touchscreen, the Charge 5 features an always-on colour display. The screen is also twice as bright as that on the Charge 4, according to Fitbit.

We can also see that the Charge 5 has softer corners and longer side buttons on each edge.

Both the Charge 4 and the Charge 5 include a 3-axis accelerometer to track movement, an optical heart rate monitor to track its wearer’s heart rate and red and infrared sensors to monitor blood oxygen saturation, or SpO2. Both fitness trackers feature a vibration motor, built-in GPS tracking and NFC for contactless payments.

The Charge 4 also includes an altimeter to track elevation and the number of floors climbed, which doesn’t appear to be present on the Charge 5.

However, the Charge 5 does include multipurpose electrical sensors that allow the fitness tracker to be compatible with Fitbit’s ECG and EDA Scan apps, which had previously been reserved for the Fitbit Sense.

As far as health and fitness tracking goes, the Charge 5 includes most of the features available on the Charge 4, along with a couple of extras taken from the health-focussed Sense.

Both the Charge 4 and the Charge 5 feature 20 exercise modes (with SmartTrack), 24/7 heart rate monitoring, Active Zone Minutes to notify you when you’re in your target heart rate zone, SpO2 monitoring, sleep tracking and swim tracking. Both wearables can also be used to track your menstrual health, manage stress and monitor breathing rate and heart rate variability to catch signs of stress or illness.

The built-in GPS in both allows you to measure pace and distance in real-time, while the altimeter in the Charge 4 helps track elevation and count the number of floors climbed.

Meanwhile, the Charge 5 benefits from features new to the Charge line, including the ECG (Electrocardiogram) app, the EDA (Electrodermal Activity) Scan App and a Daily Readiness Score.

The ECG app and the EDA Scan app are features that launched last year on the Fitbit Sense. The ECG app allows you to check your heart for atrial fibrillation (AFib) and share the results with your doctor, while the EDA Scan app is used to monitor your body temperature and perspiration to keep an eye on your stress levels and overall health.

The brand new Daily Readiness feature allows Fitbit Premium members to see a score based on their fitness fatigue, heart rate variability and sleep. Fitbit will then recommend an Active Zone Minutes goal and suggest what workouts you should do next. 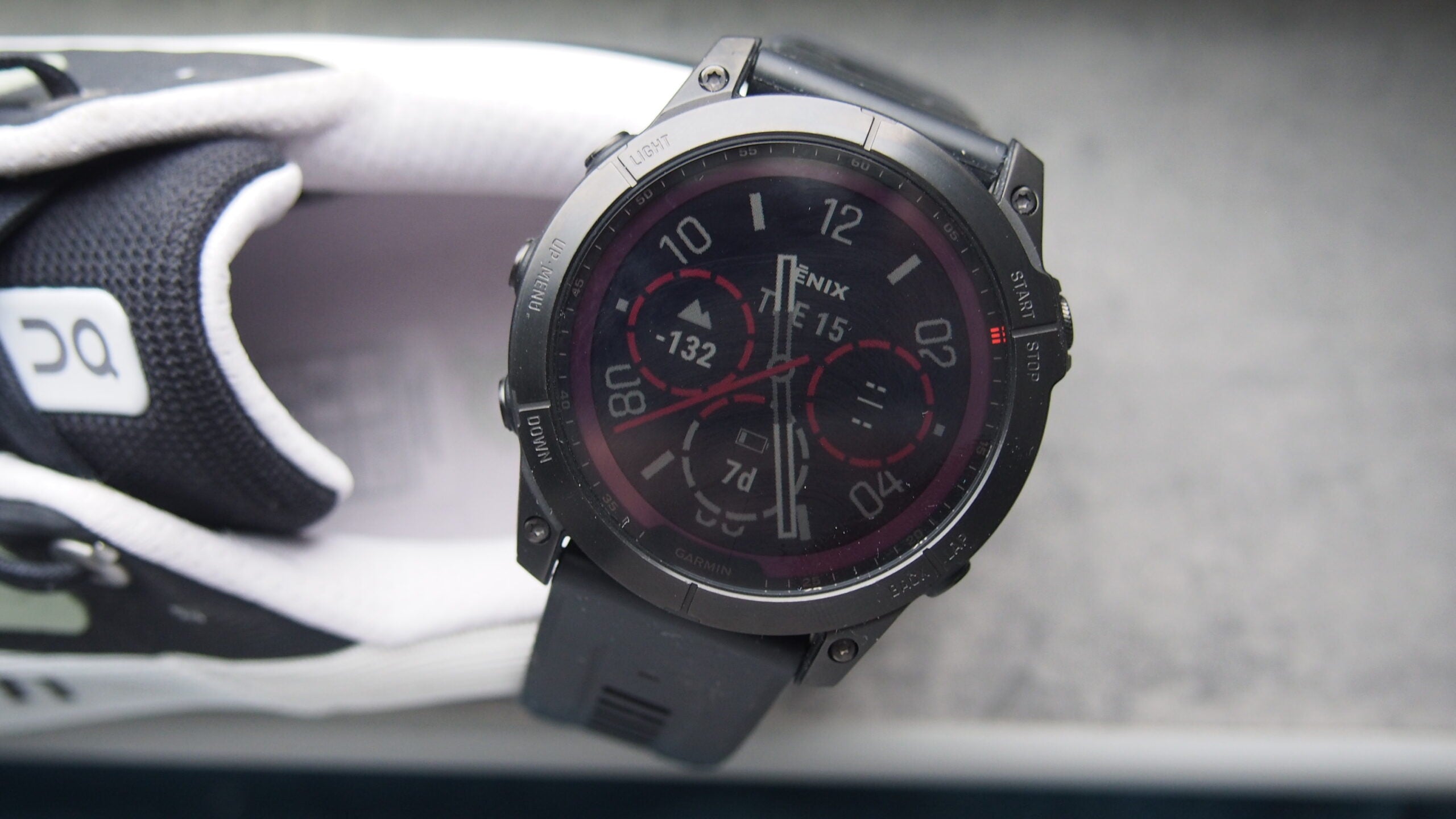 There don’t seem to be any significant upgrades when it comes to Smartwatch features.

Both the Charge 4 and the Charge 5 support apps, smartphone notifications from native and third-party apps, timers, alarms, a do not disturb mode and a sleep mode. The fitness trackers also support Fitbit Pay contactless payments and Spotify Connect & Control.

The Charge 4 has a battery life of up to seven days (five with continuous GPS use) and can be charged fully in two hours.

The Charge 5, likewise, can last up to seven days and can be charged to 100% in two hours, so it appears there are no major improvements here.

However, if you’re happy with the older greyscale screen and aren’t too fussy about the new features, the Charge 4 is still a great option that’ll save you £70 thanks to recent price drops.