Thinking about getting an air fryer but not sure if it offers any benefits over your regular or fan/convection oven? Don’t worry; it’s a fair enough question. After all, air fryers are essentially a form of mini-oven, so what they (quite literally) bring to the table might not immediately be clear.

We layout everything you need to know below, including how they work, the key differences, and the advantages and disadvantages of each one. By the end, you’ll either be adding a shiny new air fryer to your basket, or sticking with your tried and trusted oven.

There’s no wrong answer, it just depends on what you’re after. So with that said, let’s jump straight in. Air fryer vs oven: fight!

How do they work?

Most ovens have two heating elements — one at the top and bottom — that heat up the internal air, which in turn cooks the food. Convection or fan ovens also have a fan at the back or side, to help circulate this hot air for a more intense effect. This is why fan ovens normally have lower cooking temperatures, and why delicate operations like baking are best done with the fan turned off – our guide to oven settings explains more.

Air fryers, in essence, are smaller, more intense convection ovens, circulating hot air heated by a heating element in a much smaller space. This heating element is at the top, above the food, with a powerful fan situated directly beneath it. This combination in a smaller space results in more intense heat cooking it faster than larger, traditional ovens. You also get crispier results in an air fryer than in an oven, making them ideal for cooking chips and other foods where you want a crunch.

Which one is faster?

Due to the way they work, most air fryers should be set to around 20-30C cooler than regular ovens, with the overall cooking time reduced by about 20 per cent. This rough guide is based on reading things like packet instructions for regular fan ovens. If you’re using a dedicated air fryer recipe (of which there are thousands online), then there’s no need to convert anything.

It’s important to note that while air fryers are faster, you’ll need to open the drawer and shake up the basket contents at least once during a cook to ensure even, crisp results for every item. This means that you might find yourself babysitting food while it cooks instead of simply walking away and letting it do its thing.

Air fryers are countertop appliances, making them smaller than even the dinkiest of conventional ovens.

Even the smallest of dedicated air fryers can take up a fair bit of space though, eating into precious kitchen worktop real estate. While ovens are obviously much larger, they tend to be built into kitchens, making them a sleeker, space-saving option.

If you’ve got a decently sized kitchen then space won’t be too much of an issue, but if you’re rocking one on the smaller end of the scale then the additional space taken up by an air fryer might be something worth thinking about. You can always pop them away in a cupboard after use, mind, so it might be a non-issue.

What can you cook?

Air fryers can cook practically anything, though there are some limits. While you can cook entire chickens with delicious, juicy results, their smaller overall size can be problematic if, for example, you wanted to cook up a giant platter of crispy wings.

That’s because items ideally need to be spread across the bottom of the basket in a single layer for even results. Due to their smaller footprint compared to ovens, this means wings and other items need to be cooked in batches, which might be inconvenient depending on how many hungry mouths you have to feed.

Which one is healthier?

While air fryers are definitely healthier than deep fat fryers, they’re not necessarily any healthier than conventional ovens. While they only need a little oil though, it can drip off through perforations in the basket, which means food isn’t swimming around in oil or self-produced fat. Whack food on a grill with a drip tray on the bottom shelf in an oven though, and you’ve got a similar effect, so it’s about even.

While you can reheat food in both ovens and air fryers, air fryers win this round hands down. Not only do air fryers reheat food quicker than a conventional oven, but the results are evenly heated and deliciously crispy, breathing new life back into soggy pizza, fries, and a whole lot more.

Which one is better?

Both air fryers and ovens have proven to be invaluable culinary tools in the home, with pros and cons for both.

Air fryers produce a more intense heat, letting you cook and reheat food faster than conventional ovens. They’re great where you want really crispy results, such as for chips or even frozen foods. Their biggest downside is that cooking for large groups of people will likely have to be done in batches, and many recipes require frequent basket shaking for best results.

Ovens have far larger capacities and, generally, more cooking modes. When you’re cooking for lots of people or you just need more room, say for cooking bread, cakes or Yorkshire puddings, an oven is best.

Having said that, there’s definitely a place for both if you’ve got the budget and space, providing you with all sorts of flexibility to start enjoying more food than ever. 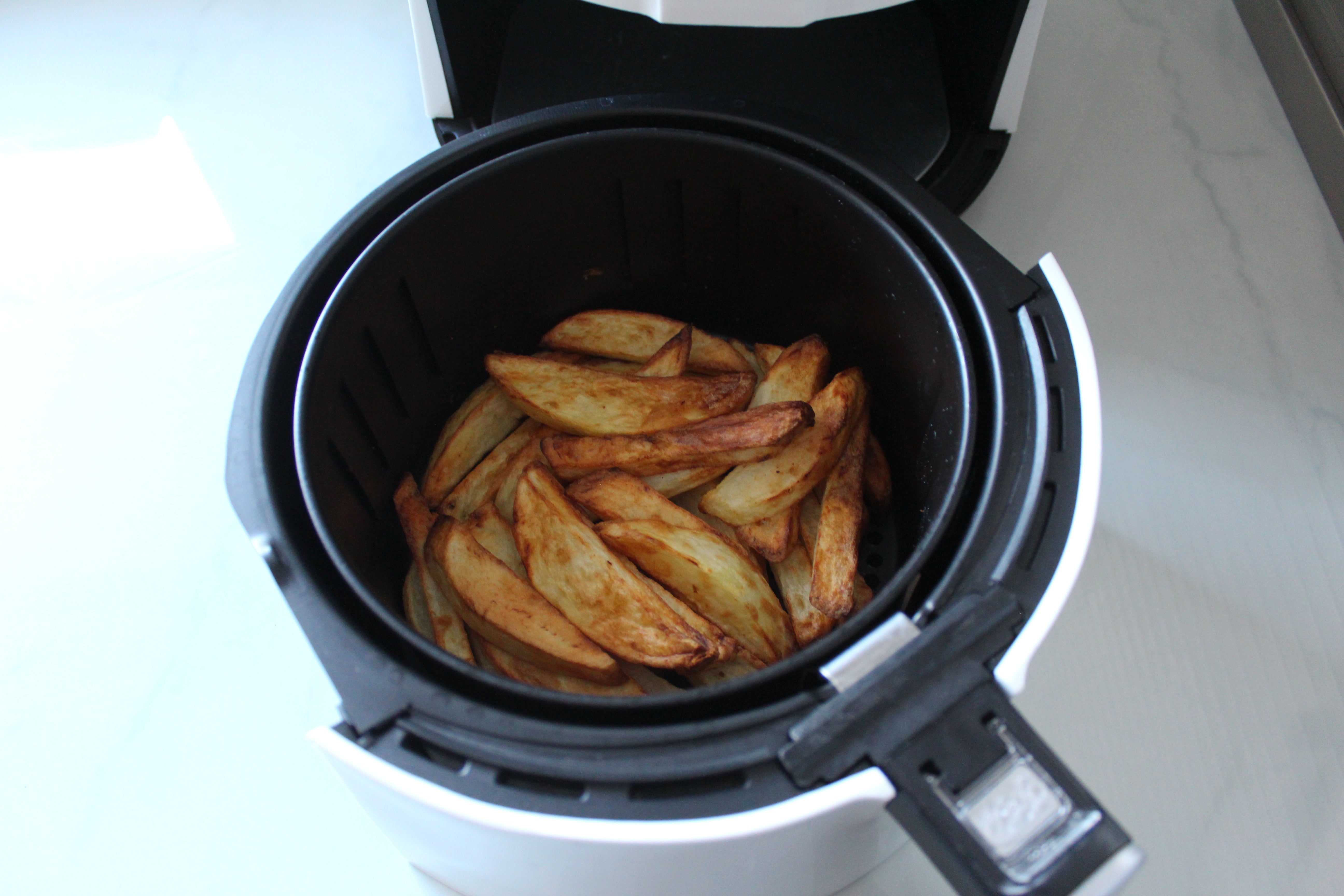 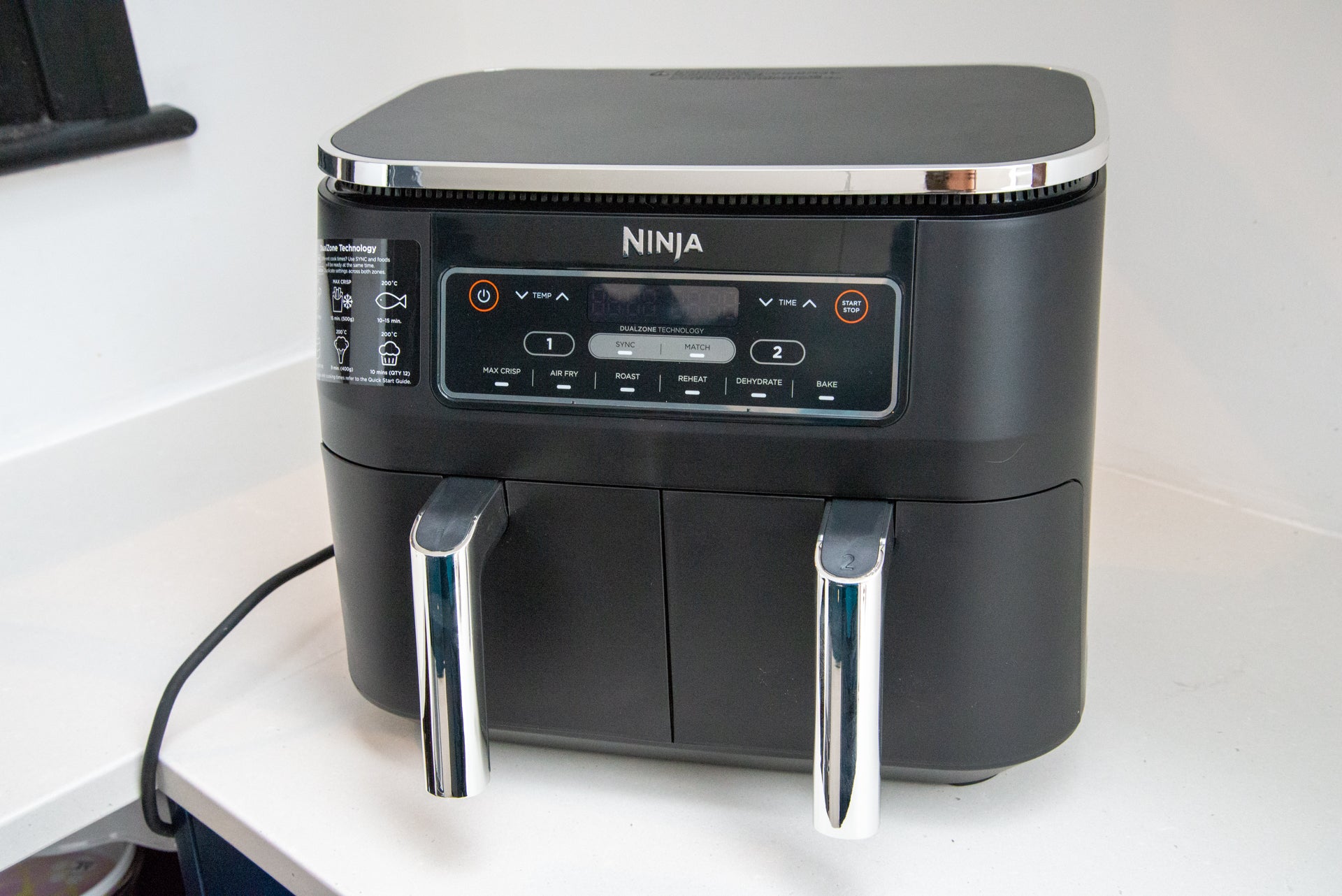