If you grew up in the 1980s, chances are you fell into one of three camps when it came to computers, composed of owners of the Sinclair Spectrum, Commodore 64 or Amstrad CPC. All of these computers boasted a number of classic games, and Spectrum owners can now re-live the good old days of their beloved platform thanks to this collection of recreated games from its heyday. 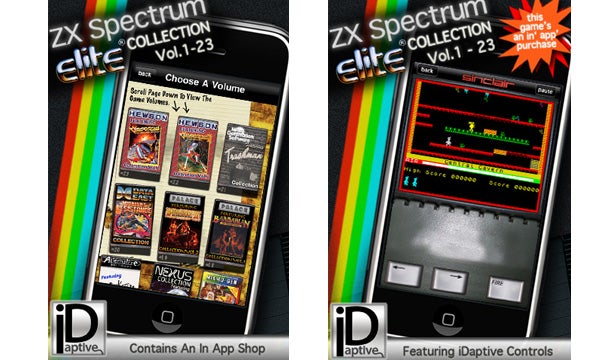 The titles are running as emulations so they’re exactly the same as the original Spectrum versions. However, the software does of course add onscreen buttons to recreate the old keyboard or joystick controls. The basic packs offers six games, but you can add extra packs of games for £1.49 each.

If you were a Spectrum owner back in the 1980s, the Elite Collection provides a great way to replay some of your old favourites.