With Christmas fast approaching many parents will be looking around for a phone that’s sutiable for teenagers and that doesn’t cost the earth. The answer might lie with the cut price ZTE Kis, currently available on Pay As You Go from Virgin Media for just £59.99.  What’s more, this deal includes £10 of talk time plus 300 texts, and you even get 1GB of data a month of data for a year. And if you switch your number form another operator Virgin will give you another 100 free minutes. It looks to be a great deal, but is it?

For such a cheap handset the ZTE Kis actually feels remarkably solid. It’s also much more stylish looking than you’d expect. It’s available in either black or white. We tried the white version, and the contrast between the glossy white used on the main body of the phone and the black used on the screen bezel and touch buttons works really well. ZTE has even added a short, jutting lip at the bottom of the phone where the mic is located, which is very reminiscent of old HTC designs on handsets like the HTC Hero. We also like the chrome highlights around the camera on the rear an on the power and volume buttons. 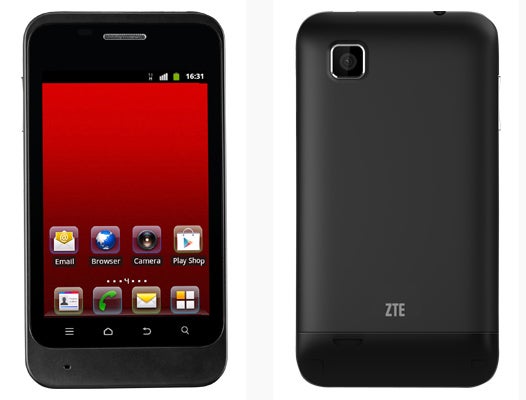 The power button has been sensibly place on the top along with the standard 3.5mm headphone jack, while you’ll find the volume button on the left hand side and the microUSB port on the right.

There’s also a row of four touch buttons sitting beneath the screen for the standard Android home, menu, back and search functions. These are nice and responsive, but unlike on most phones, they’re not backlit, so they’re a bit tricky to use when you’re walking home in the dark at night or are using the phone in a dimly room.

Prise off the battery cover and you’ll find the 1400MAh removable battery nestled inside as well as a slot for a full-sized SIM card. It’s also good to see a microSD card slot here too and ZTE even includes a 2GB card to boost the phone’s meagre internal storage. 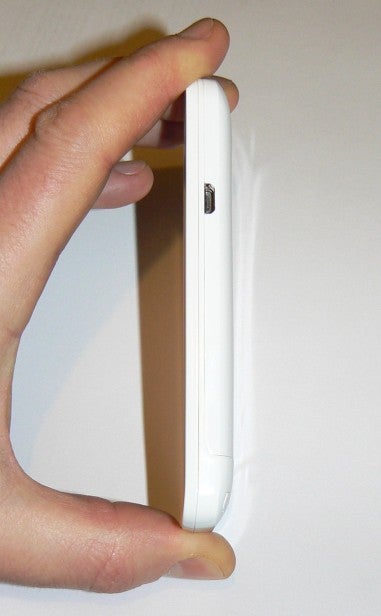 The ZTE Kis’s screen suffers from the usual issues that affect the display on cheaper mobiles. Its viewing angles are quite tight, so if you tilt the bottom of the phone towards you the display starts to go very dark. And if you leave the auto brightness function on the brightness gets set a bit loo low, so the screen looks a tad murky – not unusual on budget handsets.

That’s the bad news. The good news is that you can improve the screen’s performance a lot by just turning off the auto brightness setting in the menu and manually turning up the brightness level a bit. What’s more, the screen is reasonably large at 3.5 inches and its resolution is rather good too.

Whereas most budget phone’s make do with a resolution of 240×320, the ZTE Kis’s display has a much higher resolution of 320×480 pixels, which matches that of the old iPhone 3GS. It makes viewing webpages and using apps like Facebook and Flipboard so much easier and more pleasurable than on competing cheap handsets like the Motorola MotoroSmart and Alcatel OT-903. In fact it improves the whole user experience massively.

The ZTE Kis runs the old Gingerbread version 2.3 of Android, which is a bit more forgiving of the type of modest processor that this handset uses. Also, ZTE has done some quite heavy modifications of the standard Gingerbread interface, which improve things substantially.

For example, when you pull down the notification screen there is a scrolling bar of scions across the top that lets you quickly do stuff like turning on and off Wi-Fi, Bluetooth, GPS and mobile data, or lock the orientation of the screen.

The ZTE Kis’s app drawer is laid out as horizontally scrolling pages of apps and the icons for these apps have a semi transparent box around them presumably to make them look more like iPhone icons.

ZTE has also added the Touchpal onscreen keyboard, which is a pleasure to use and also includes a swipe mode where you enter a word just by swiping across the letters in a single motion. 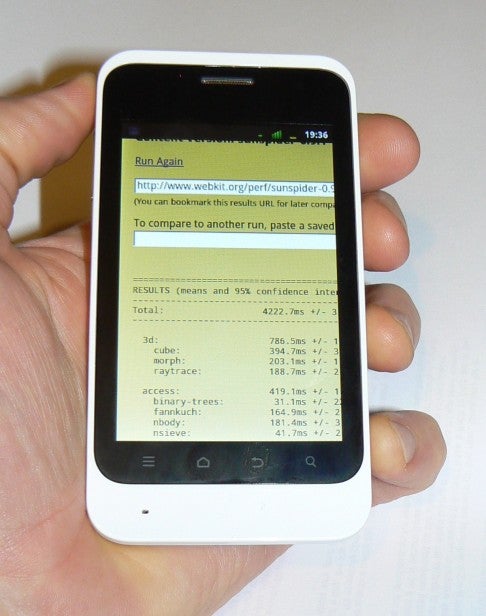 One annoyance, though, is the new lock screen. You have to press and hold a button to unlock the phone. It’s just slower and more annoying than the usual swipe to unlock gesture that Android uses as default.

The ZTE Kis uses an 800Mhz ARM V7 processor, which is not exactly state of the art. However, it was much faster in Benchmarks than the rival Alcatel OT-903. For example, in BrowserMark V2.0 it scored 1010 compared to the 903’s 450 (higher is better), and it completed Sunspider in 4222.7ms compared to the 903’s leisurely 13788.4ms (lower is better). Sadly it refused to return a score in GLBenchmark, but in Linpack it did post a result of 17.396MFlops, which good for such a cheap handset.

The ZTE Kis can be a bit sluggish when calling up the onscreen keyboard or when switching between apps, but it feels quicker than the Alcatel OT-903 in this regard and certainly it’s never really downright annoyingly slow. In fact, we’d say that performance is rather good for the price.

As it runs Android you also get access to thousands of apps on the Google Play store which is a huge advantage over feature phones, like Nokia’s Asha range, that you usually see available around this price point. Most of these apps run fine on the phone’s modest processor, including newer games such as Angry Birds Star Wars.

Flip the ZTE Kis over and you’ll find the 3.2-megapixel camera on the rear. Unusually for a budget phone the camera has autofocus. However it doesn’t have a flash to help out in low light conditions. There’s a lot of shutter lag when taking a photo and things tend towards the blurry if there’s any sudden movement as the shutter fires off. Even in reasonably bright conditions there’s quite a lot of picture noise and colours tend to look quite washed out. Basically, its photos are good enough for uploading to social networks like Facebook, but not for much else. 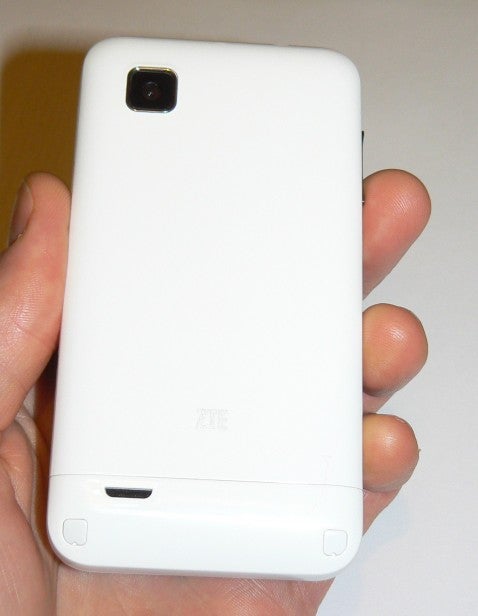 ZTE has equipped the phone with a pretty big 1400mAh battery and this really helps it when it comes to battery life especially compared to many of its budget rivals. Whereas they often struggle to last a day, the ZTE Kis would happily keep running for a day and a half. Call quality was on the whole very good too.

Verdict
It may be a little more costly than competitors like Alcatel’s OT-903, but the ZTE Kis more than justifies its slightly higher asking price tag thanks to its higher resolution screen, faster processor and long battery life. The price of Android phones is dropping all the time, but for now at least, this handset offers pretty unbeatable value for money. 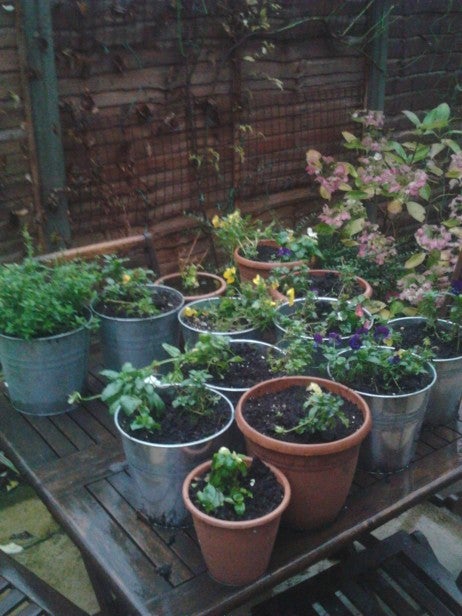 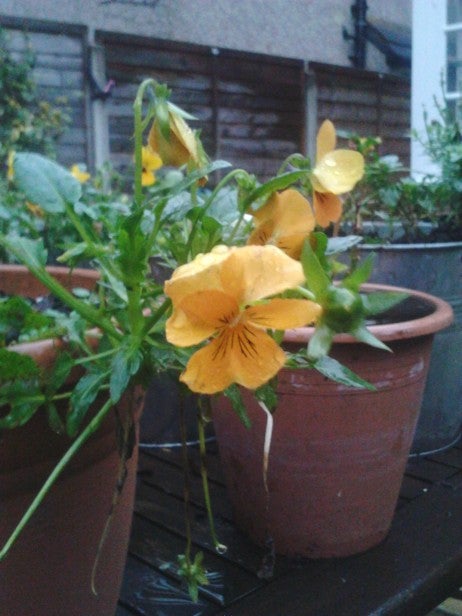 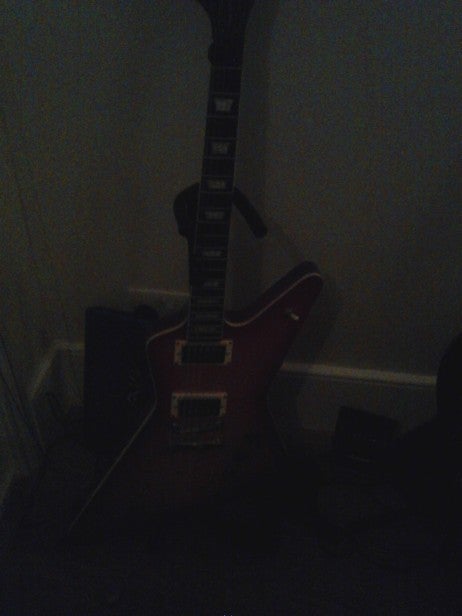 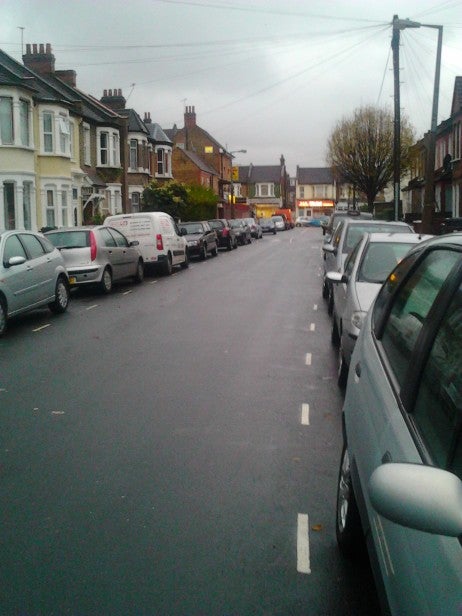 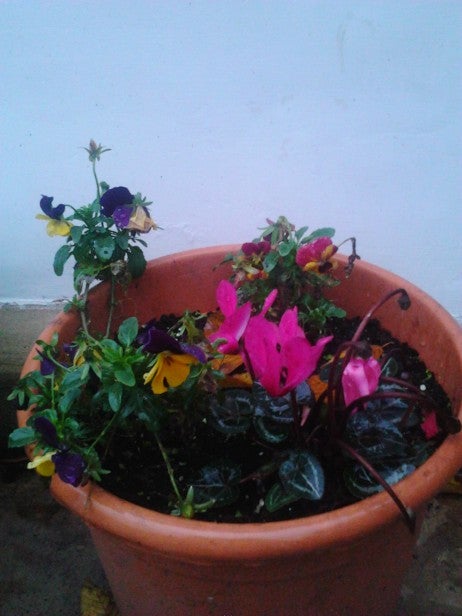