What is the ZTE Grand S II?

The ZTE Grand S II is the Android smartphone successor to the ZTE Grand S adding a bigger, 5.5-inch screen, a more powerful processor and voice activated skills like the Motorola Moto X.

The Chinese manufacturer has not confirmed a UK release date or pricing for the Samsung Galaxy Note 3 alternative that has the specs on show to suggest it has all the makings of being a great big phone. 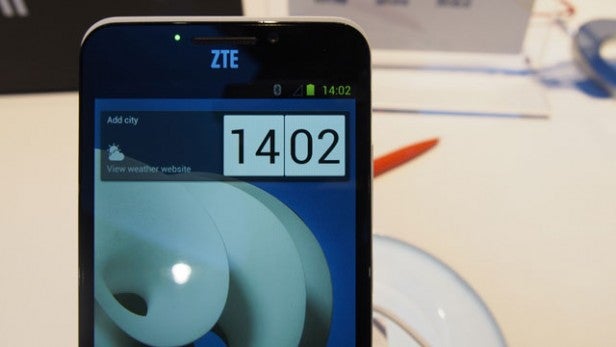 Measuring in at around 9mm thick, the Grand S II loses its slender frame and is now considerably chunkier than the Grand S (6.9mm). Weighing in at 150g, it’s lighter than the Note 3 (168g) and feels nice and comfortable to hold in one hand even if it’s a stretch to reach the top of the screen. Elsewhere, it’s a familiar setup to the Grand S with a trio of hardware soft keys below the screen. Over on the right, you’ll find volume rocker, on/off button and Micro SD card. The headphone jack sits up top, with SIM card slot over on the left and speaker on the back.

While the Grand S was one of the best-looking phones the company ever produced, the Grand S II feels like a step backwards despite its metal frame. Whether it’s in the glossy black or white, the two-toned back doesn’t really work for us and we much preferred the pure colour look of the previous handset. Up front, the bezel on the side of the display is nice and slim however there is nothing that really screams wow factor with the Grand S II. 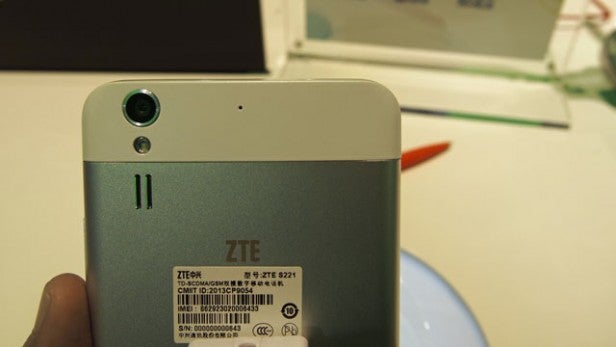 Jumping from a 5-inch to a 5-5-inch full HD 1080p display, the Grand S II manages to squeeze in a pixel density of 401ppi, which is actually less than the Grand S. It does still manage to deliver exceptionally sharp image quality. Running some sample video colours are nice and accurate although the top level brightness does appear quite dim. 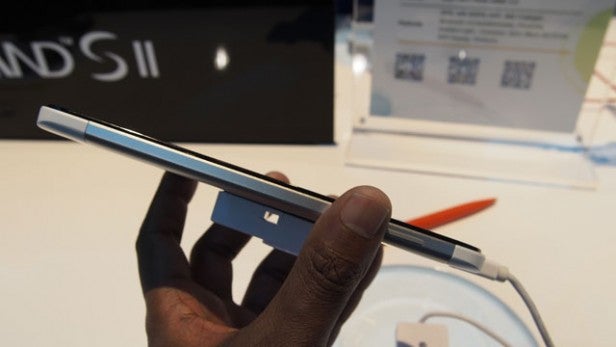 The Grand S II has a pretty impressive list of core specs. It features a Qualcomm Snapdragon 800 quad-core processor clocked at 2.3GHz, an Adreno 330 GPU to cater for gaming with 2GB RAM to take care of multiasking. There’s 16GB of internal storage with a Micro SD card slot to give the space a bump up.

In the camera department there’s the same 13-megapixel main camera with LED flash and a 2-megapixel front-facing camera. The rear-facing camera is also capable of shooting full HD 1080p video at 30fps. In our brief shooting time, photos are nice and sharp and looks set to match fellow 13-megapixel-packing smartphones like the Galaxy S4. 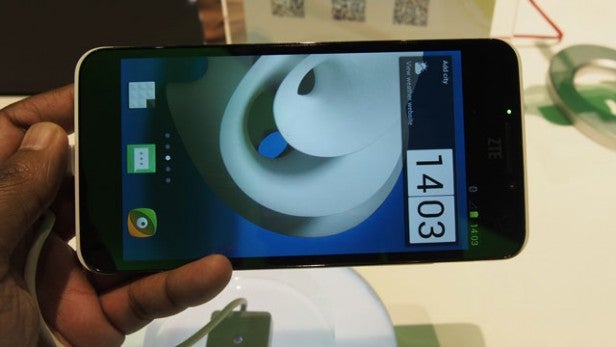 Running on Android 4.3, ZTE has included a small number of pre-installed applications that include Kingsoft Office and its own Mi-Assistant software to keep the phone secure, monitor performance and battery life.

ZTE has also tinkered around with the operating system to it feel more unique so you will have to long press on the screen to unlock it. Using three microphones, the Grand S II also includes enhanced voice control tech similar to that used on the Moto X. As well as recognizing multiple voice, it will also work with Drive mode and is capable of taking photos without having to touch the screen.

In terms of battery life, the Grand S II features a massively upgraded 3,000mAh capacity battery that’s slightly smaller than the Note 3 (3,200mAh) but should give the ZTE phone plenty of staying power.

Unattractive looks aside, the ZTE Grand S II has all the specs to make it a great big phone. The sharp screen really impresses, the voice control is an interesting addition and there’s plenty of processing power on board to keep things running nice and quick. ZTE says it expects to the Grand S II to launch in Europe later this year, and if it’s cheaper similar-sized smartphones could be a decent 5.5-inch phone to look out for.