The ZTE Blade runs the ageing Android 4.1 software with a custom interface made by ZTE. Although not a massive departure from vanilla Android in most respects, in the parts it does change it’s clear the interface has not been made with the same sort of budget as Samsung’s TouchWiz or HTC’s Sense.

It’s visually overwrought in places, most notably the lock screen. Press down on the lock screen and a green bolt of ‘electricity’ fires around your finger. It’s over the top, and not consistent with the visual style of the shortcut icons you can summon by ‘pinching’ the lock screen. This dual lock screen mechanic feels clumsy too. 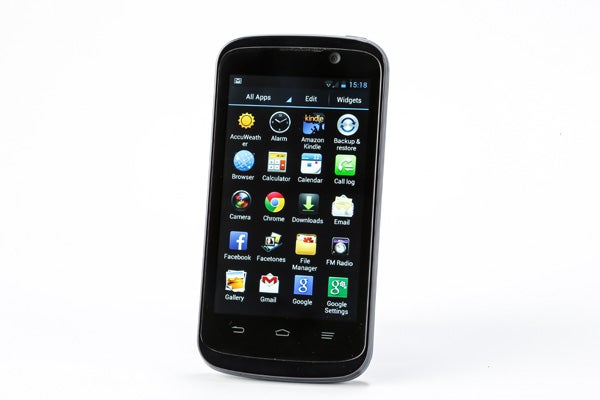 However, this is really one of the few parts of the interface that tries (with limited success) to paste a visual personality on the phone. You also get some pretty inoffensive Calendar, Clock and Contacts widgets, but they’re fairly generic.

Aside from these minor – not entirely successful – additions, the ZTE Blade V is a completely standard Android phone. You have access to the Google Play app store and all the official Google apps, and can swap out most parts of the phone to your heart’s content, including keyboards, SMS texting interfaces and so on.

This is where the internal memory becomes a problem. It’s not enough for a large apps collection, and while you can use a microSD card to increase storage, not every app lets you install to the SD card. It’s a particular problem with data-heavy 3D games like Real Racing 3.

Despite being quad-core, this doesn’t always seem a super-powerful phone either. There is minor glitchy lag in operation – a slight stuttering of the animation when flicking between pages – and it seems a shame when theoretically less powerful phones avoid this sort of low-level lag completely. 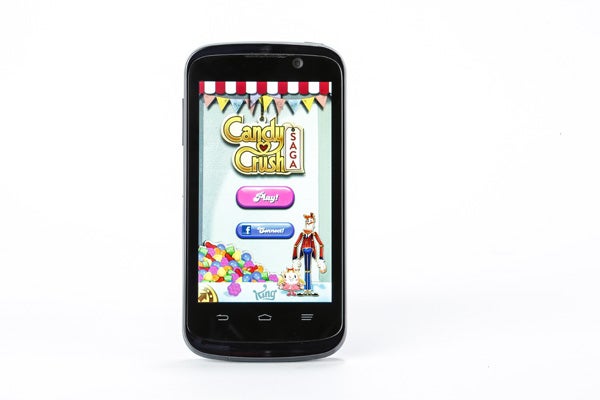 The ZTE Blade V uses a quad-core 1.2GHz Qualcomm MSM8225Q processor with 1GB of RAM. It’s a processor that’s out there to supply the ‘quad-core’ tagline without incurring much cost. The phone’s cores are not particularly powerful. They’re Cortex-A5 cores, much less powerful than the Cortex-A9 type cores used in the Galaxy Ace 3.

Of course, these phones are only closely comparable in terms of features, not price. The Ace 3 costs around twice as much as the ZTE Blade V. Closer to the Blade V’s price is the Galaxy Fame. It too has a Cortex-A9 processor, but with one core instead of four  – as well as a much worse screen, less RAM and a bunch of other limiting factors.

Benchmarks show that the Blade V is theoretically marginally faster than the much more expensive LG L7 II – we just wish there was a bit more evident. If anything the Blade V comes across better when performing more advanced tasks like gaming and so on, then with real basics like Android navigation.

It’s not a hugely irritating kind of lag – it is minor – but if you’re expecting a phone that performs as snappily as one of the famous quad-core kings of the smartphone world, this is not it. Many dual-core phones offer better performance.