What is the ZTE Blade V?

The ZTE Blade V is one of the lowest-cost quad-core phones ever made. You can buy one for under £100, making it a quarter the price of high-end quad-core phone like the Samsung Galaxy S4.

Given the low internal memory and the laggy interface, the benefits of such a processor are limited. But this remains a solid budget phone that looks better that most cheapo mobiles. 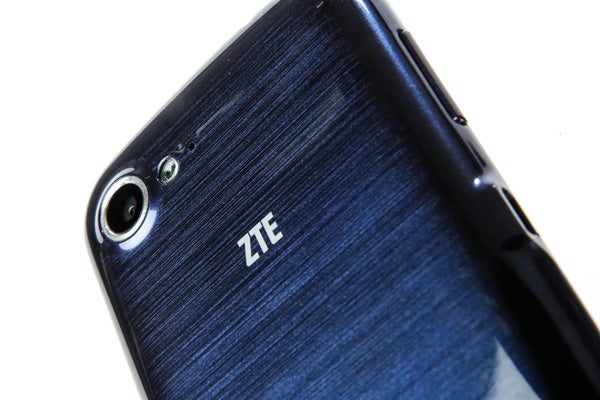 The ZTE Blade V is a plastic phone – it’s all you ever get at this price – but it’s one with a rather snazzy finish. Taking inspiration from the original ‘pebble blue’ Samsung Galaxy S3, it has a brushed metal effect on the back, designed to make it look upmarket.

It doesn’t do a bad job either. With a small-but-chunky body you would never mistake this for a top-end phone, but the blue metallic rear looks more luxurious and more exotic, than the black plastic used in most budget phones. However, look closer and it suffers from the same sort of aesthetic problems as most cheap phones – the three-tone, seam-heavy sides are not beautiful. 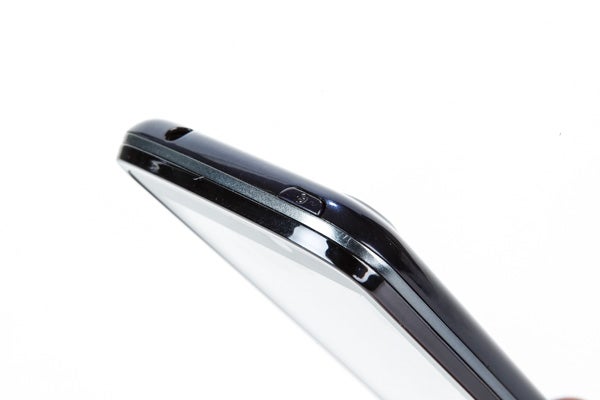 At 10.9mm thick, the ZTE Blade V is quite chunky by current standards, and its screen bezel is fairly wide too. However, that’s not to say it’s much worse than the competition. The pricier LG L5 II and Galaxy Ace 3 are around 1mm thinner, but don’t offer hugely better style or build quality.

Thanks to its mid-size 4-inch screen, the Blade V is perfectly comfortable to operate in one hand despite its chunkiness. There are no layout surprises here, either – aside from that the microUSB socket is on the left edge rather than the bottom.

The blue back of the ZTE Blade V comes off, revealing the removable (therefore replaceable) battery and the microSD card slot. Expandable memory is a necessary feature here as the phone only has 4GB of internal storage. 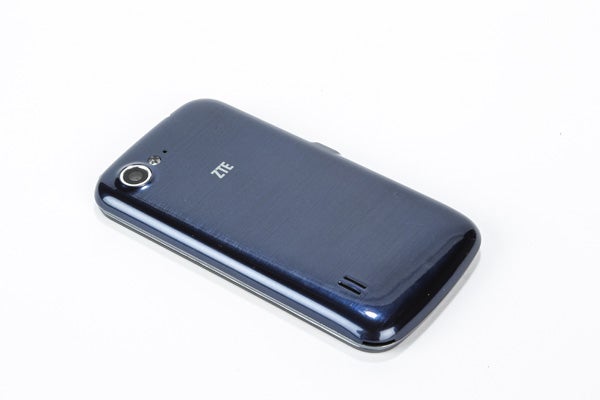 Although stripped-back in some respects, the Blade V does have some extras generally missing from bargain basement phones. For example, there’s a multi-colour LED indicator above the screen that flashes green, red and amber depending on the notification in waiting. It’s a neat addition in a phone like this.

The ZTE Blade V also uses light-up soft keys, making it a pretty handy phone in the dark. You can turn the notification light off if you find it a night-time annoyance, though.

With a 4-inch display, the ZTE Blade is nowadays among the smaller-screened phones. It has a resolution of 480 x 800 pixels, giving a pixels-per-inch rating of 233.

It’s not sharp enough to produce the immaculate text and images you’d see on a higher-end phone. Display quality is sound but – as we expected at the price – not fantastic. 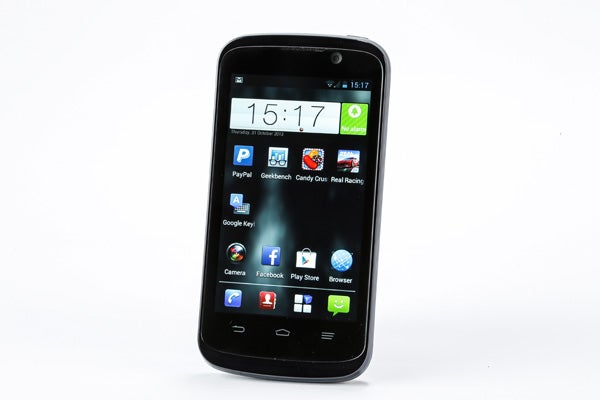 Colours are solid but a little muted and top brightness is good, but the reflectivity of the screen makes it a bit of a pain to use outdoors when it’s sunny. It has an IPS panel, making angles viewing no problem, but the screen is really a bit too small to share videos longer than a short YouTube clip.

There were always going to be compromises involved in a sub-£100 phone display, but ZTE has made the right ones. Many phones at the price have lower-resolution screens, where ths Blade V’s 480 x 800 pixels is the acceptable baseline these days. The screen cover of the phone is glass rather than plastic too, which is less likely to get scratched in day-to-day use.