What is the ZTE Blade S6?

The ZTE Blade S6 is a sub-£200 phone, putting it in the increasingly crowded mid-range zone. It’s more expensive than a Motorola Moto G, but does it justify the extra money?

It has more power and storage, which is nice. And some may like the iPhone-style design. However, it still feels fairly cheap and the rubbish photo software means the camera disappoints. It’s good, not great. 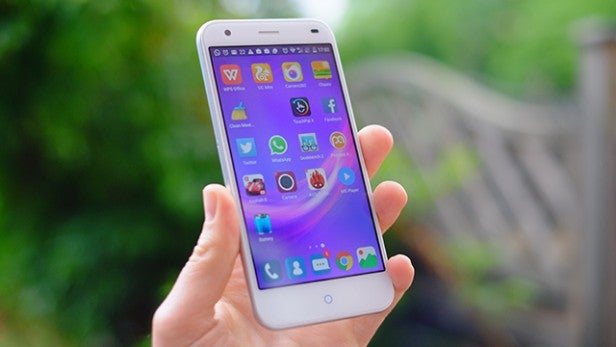 There’s no mistaking the ZTE Blade S6’s design inspiration. It’s an iPhone 6 rip-off, almost to the extent of the near-no-brand phones you can import from China.

That sounds pretty bad, but it means the phone itself looks pretty good. And there are some things that tell you this really isn’t an iPhone, once you get within a few feet of it. 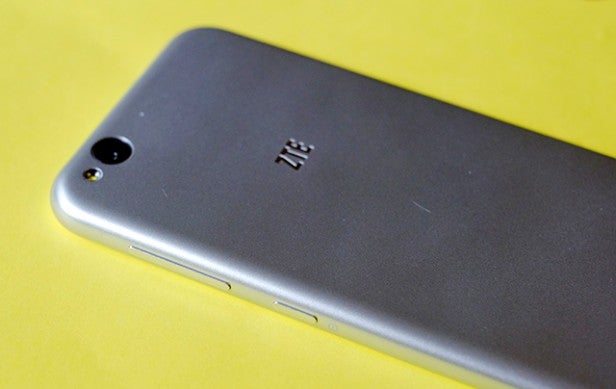 First, while there’s an iPhone-like circular marking under the screen, there’s no button. Instead the ZTE Blade S6 has three touch-sensitive soft keys, and the other two are pretty much invisible. Until they light up.

There are blue LEDs under the little circle, and marking those other keys. It gives the phone a bit more of a juvenile angle than an iPhone 6: a bit less class, a bit more bling.

You’ll get a bit of a shock when you pick up the ZTE Blade S6 too. From arm’s length the back looks a lot like aluminium, but it’s actually plain old plastic. As smooth as it is, trying to look like aluminium only reinforces how plasticky it feels. The back picks up scratches pretty easily too.

The ZTE Blade S6 is best appreciated from a distance, where its smooth lines and unibody style impress. 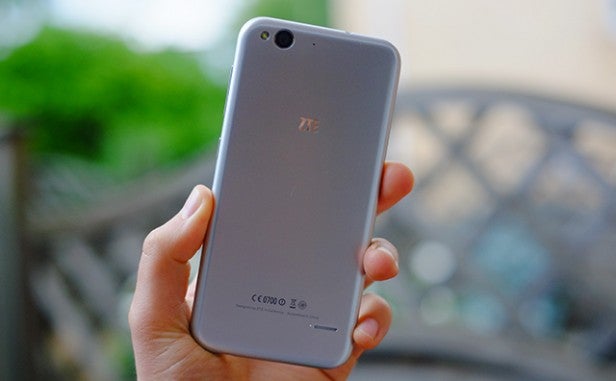 Early impressions are good, followed swiftly by the bad. But after a few days you get used to the cheaper feel, and its ergonomics are otherwise pretty nice. The smoothly curved sides continue around to the glass front, which has rounded-off edges.

The ZTE Blade S6 has a few interesting ideas that have slightly patchy results. Take the light-up main button: it’s used as a notification LED, but is really too bright when firing-off at night time. You can tweak its behaviour in the Settings menu, though. 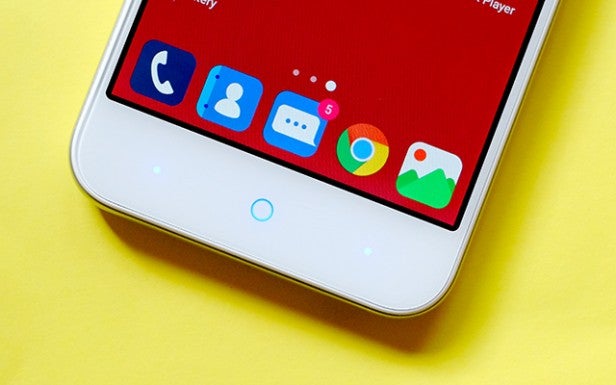 For pure features box-ticking, it does fine. The ZTE Blade S6 has trays that hold the SIM and microSD card slots on its sides, and there are actually two nano SIM slots in the one tray. There’s 4G too, and NFC. Just no IR transmitter.

With 16GB internal storage it has a decent amount of memory too. Do we wish the body was actually metal, though? Absolutely, especially when phones like the Huawei Ascend G7 use metal at a similar price. 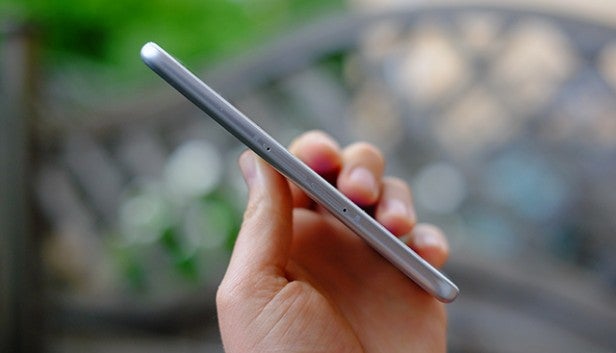 The ZTE Blade S6 also uses a screen of lower quality than the iPhone 6, but that’s no surprise when the phone costs less than £200. It uses a 5-inch 1,280 x 720 pixel screen, matching popular budget phones like the Motorola Moto G.

Consistent with the price, it has a screen better than a real bottom-rung 720p phone like the Huawei Ascend G620S, offering reasonable outdoors viewing and pretty good colour saturation. We didn’t find the lack of pixels too distracting either. Even among 5-inch 720p screen phones there’s some variation in how apparent the ‘sub-Retina’ nature of the screen is.

Here it’s not obvious until you get quite close. 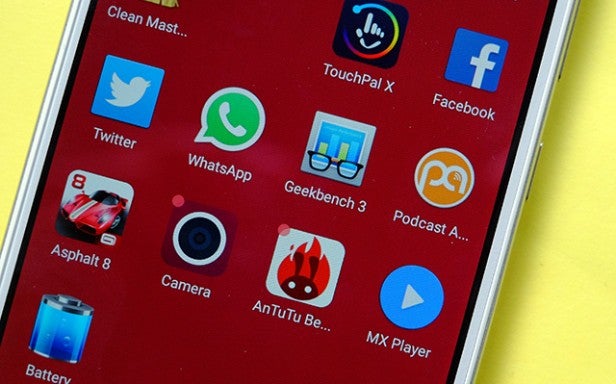 This is a fairly good screen, and we appreciate that the ZTE Blade S6 gives you the option to either make the screen more vivid or more natural-looking. This option lives in the Settings menu, and unusually we were even pretty happy with the ‘vivid’ mode. Most vivid modes end up over-saturating red tones in particular.

The difficulty here is that we’re getting close to the sort of price you can get a 1080p phone at. Mobiles like the Honor 6, the Nexus 5 (no longer as widely available) and OnePlus One get you phones with significantly higher pixel density for that desirable ‘you can’t see the pixels’ effect. At this point £170 is getting towards the higher end of the price scale for a 720p phone, especially from a lesser-known name like ZTE.