Predictably for a budget smartphone the ZTE Blade III is not exactly lightning fast in terms of performance. The Blade III is built around a 1Ghz single core Snapdragon processor that’s fed via 512MB of Ram and has Adreno 200 graphics. By way of comparison, most mid-range handsets now have dual or quad-core processors running at 1.4Ghz and higher and most also have 1GB of Ram.

As a result the Blade III can be relatively slow to perform some tasks. For example, when you’re using search it can take several seconds for suggestions to pop up beneath the search box, whereas on higher-spec mobiles they appear instantly as you type. Apps also take a while to start up and its general responsiveness is some way off the pace compared to other mid-range handsets currently on the market. 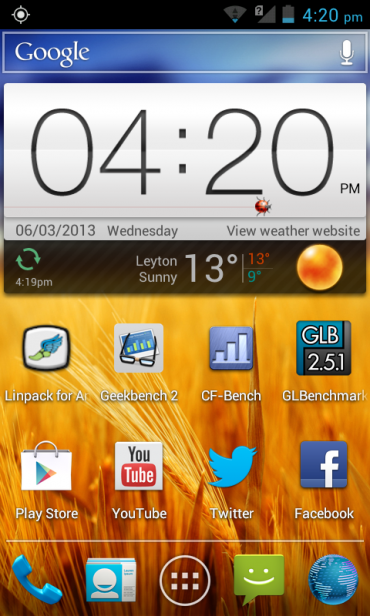 The Blade III’s lack of grunt was borne out in our Benchmark tests too, scoring 962 in Browsermark V2.0 and 2679.9ms in Sunspider. By way of a comparison Huawei’s dual-core G330 scored 1150 (higher is better) and 2038.7ms (lower is better) respectively in these tests. However, these figures do need to be put in perspective, because the Blade III’s performance is still very impressive given that it costs just £80.

Unfortunately, ZTE hasn’t loaded the phone with the Jellybean version of Android (v4.1), but has instead opted for Ice Cream Sandwich (v4.0) instead. Jellybean is much smoother than ICS due to the ‘Project Butter‘ tweaks Google implemented to speed up the user interface. Nevertheless, a lot of this phone’s competitors come with the even older Gingerbread (v2.3) version of Android, so we can’t complain too much about this.

Thankfully ZTE hasn’t mucked around with the vanilla Android interface too much. It has added a few tweaks, but they’re relatively minor. For example, there are quick switches in the pull down notification menu for turning off and on Wi-Fi and mobile data, and there are also buttons for locking the auto-rotate setting and muting the handset’s audio. 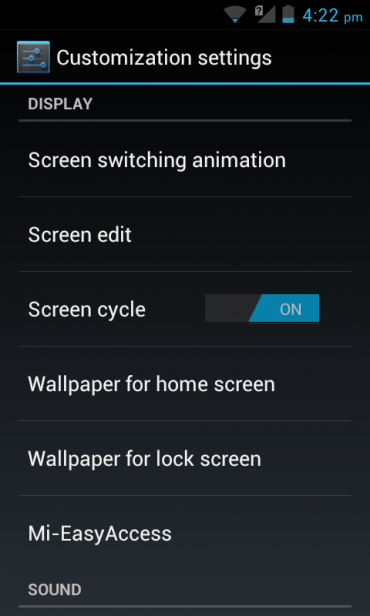 Pressing and holding on a homescreen calls up a customisation menu where you can alter things like the animation that’s used to transition from one homescreen to another. ZTE has also tweaked the lock screen. Sliding across the unlock button in the centre of the screen calls up an unlock menu that gives you the option of unlocking the phone directly to stuff like the cameras, SMS and mail apps. To unlock the phone normally you need to press and hold the central button until a spiral of sparkles circles it. This is much slower than the normal swipe to unlock gesture and is actually quite annoying to use, especially as there seems to be no way to turn it off short of using a completely different launcher.

The ZTE Blade III’s calling and contacts features are pretty standard. It’ll import your contacts from the likes of Gmail complete with photos if they’re available to make it easier to find the folks you want to call. In the contacts book you can also set up your own favourites, or place contacts into groups such as family, friends and co-workers. 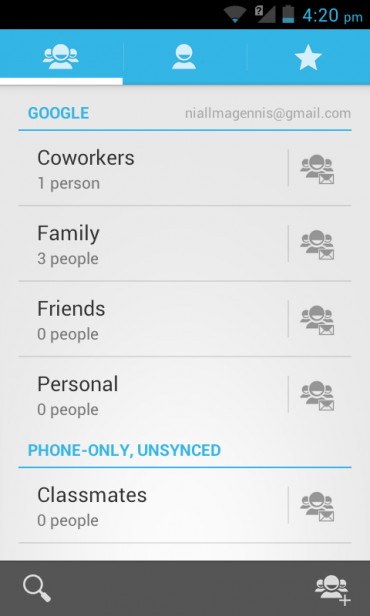 When you’re on a call the ear piece sounds nice and loud and the mic
also delivers pretty clear audio for the people that you’re speaking
too. It seemed to be pretty similar to most other Android phones we’ve
used in terms of signal quality and we didn’t experience any unusual
drop outs during our time with the phone either.

As we’ve already seen from its Sunspider and Browsermark scores, the Blade III isn’t the fastest around when it comes to rendering webpages, however it’s still speedier in this department than the majority of sub-£100 handsets we’ve laid our hand on. Also, its relatively high-resolution screen means it delivers a much better overall browsing experience than budget rivals. It uses the standard ICS web browser, so you get the usual benefits such as support for tabbed browsing and features like Find on Page.