The ZTE Blade III only has a single rear-facing camera – there’s no front-facing camera for video calls via the likes of Skype or Google Talk. The rear camera has a 5.0MP sensor, though, which is pretty impressive for an £80 handset. 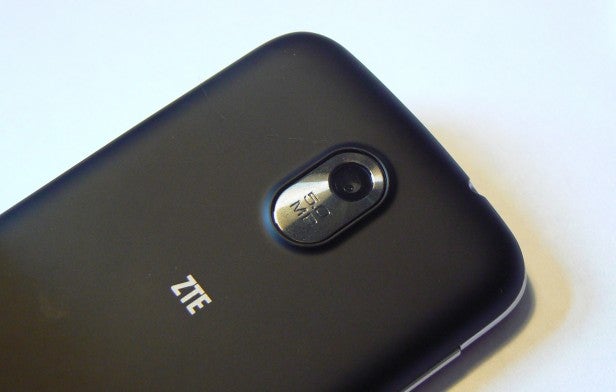 The camera does have a few weaknesses though, chief among which is the fact that exposure isn’t always that accurate. For example, shooting street scenes with bright sky in the background tend to leave the foreground very underexposed. In fact, the camera in general tends to underexpose shots with the result that even photos taken on sunny days can look a bit gloomy.

And while the Blade III’s snapper does have autofocus, it’s prone to developing a mind of its own should you be trying to shoot anything remotely tricky with it. For example, we couldn’t get it to produce a good depth of field effect on our shot with a close up of the flower. It wanted to continually focus on the background rather than the area that we tapped on for touch-to-focus, with the result that it left the flower looking slightly blurry. 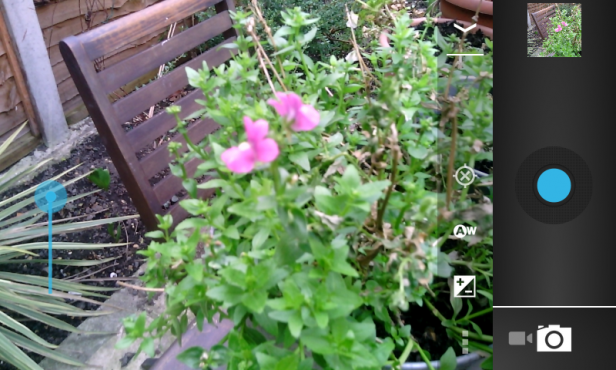 But again, these issues have to be taken in context, as the camera is still miles better than any other we’ve used on sub-£100 handset. Used in good light the Blade III can actually produce some pretty impressive looking shots, with good edge detail and less noise than you’d expect given the Blade III’s low price tag. And even through it doesn’t have a Flash, the camera’s low-light performance isn’t anywhere near as bad as you’d expect either.

The phone comes with some software preinstalled, including the note-taking app Evernote, a back up and restore utility, a DLNA app for sharing media files with other devices via Wi-Fi, and X-Office for viewing Microsoft Office files with. There are also a few Virgin Media apps, such as one for checking your account status, however there’s nothing like the bloatware that some Orange-branded Android phones suffer from. 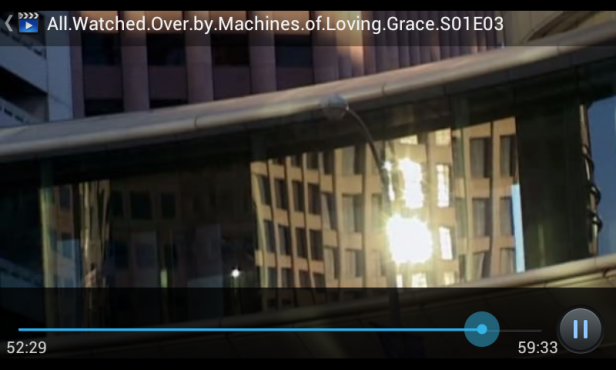 On the multimedia front the Blade III has enough grunt to play standard definition video files, however it fails to play 720p HD MKV files at an acceptable frame rate. And while it can run light games, such as Angry Birds Star Wars without any problems, it struggles a bit with more demanding 3D titles. This showed up in the 3D GLBenchmark where it only managed 22fps in the Egypt Classic test, compared to the 35Fps that the G330 ran the same test at.

The Blade III only comes with 4GB of internal memory, of which 2.56GB is available to the user after the OS and pre-installed apps have been accounted for. In fact, some apps, such as Spotify and our GLBenchmark wouldn’t install until we put a microSD card in the phone to boost the storage, so you’ll probably want to factor one of these in of you’re seriously considering the Blade III – not that they’re particularly expensive these days, with an 8GB card costing around a fiver online.

The ZTE Blade uses a 16000mAH battery and, unlike handsets such as the iPhone, the battery is easily removable simply by prising off the rear cover. ZTE’s handsets have rarely been marathon runners when it comes to battery life, but the ZTE Blade III actually isn’t too bad in this area. We found that we could easily get a normal day’s usage out of it for emailing, web browsing and various calls, leaving us with about 15 per cent charge by the very end of the day. 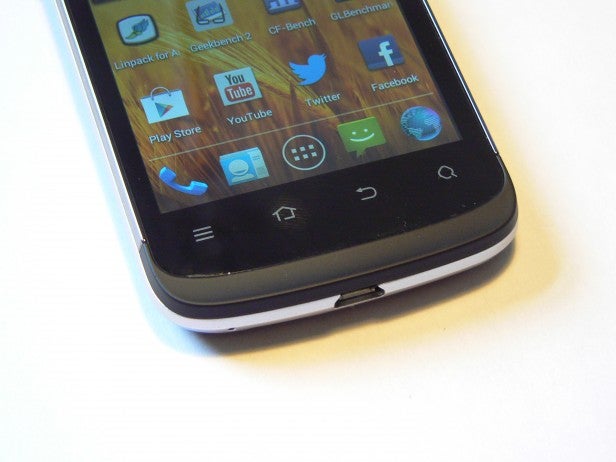 As you would expect at this price point the phone lacks support for NFC, but most people probably won’t miss this feature and elsewhere its got all of the key bases covered as there’s Wi-Fi and Bluetooth onboard, as well as GPS and support for 3G data speeds.

The ZTE Blade III is far from being the fastest phone around, but what it lacks in speed it makes up for with excellent design, an impressive touchscreen display and a rock bottom price tag. If you’re looking for a sub £100 smartphone, we think the ZTE Blade III is a much better option than the likes of ZTE’s own Kis handset or Nokia’s Asha range.